The Football Film XI to Win the World Cup 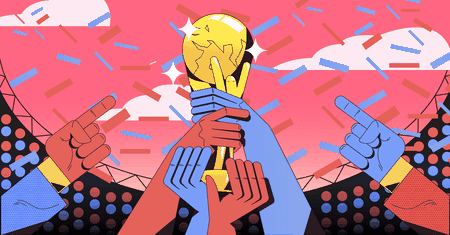 It might be decades of hurt for England fans, but it’s been a lifetime of pain for everyone who has sat through the movies that try to capture the magic of the beautiful game on the big screen. Football films just don’t work. Scripted dribbles and glamorous overhead kicks rarely happen in your average 90 minutes of play, but there are enough ‘diamonds in the rough’ to pick from for us to put together this world-beating line-up.

The rules are simple: we’ve selected a team of 11 players who have all featured in movies of some description. Oh, and just to make it a little more challenging, no professional footballers are allowed into the list… sorry, Vinnie.

There’s only one choice here – how could we possibly go against the star who single-handedly upstaged Pelé and defeated the Nazis? That’s right; up steps Rocky himself, Sylvester Stallone, to hurl his bulky frame in front of the net and save the day. Stallone was one of many Hollywood actors who featured in feel-good drama Escape to Victory (1981) and somehow upstages the likes of Osvaldo ‘Ossie’ Ardiles, Sir Michael Caine and a number of, erm, Ipswich Town players.

Heading up our defensive line are three uncompromising bruisers. We’re also going to get a bit creative, as defenders aren’t the really the sexiest bunch, so rarely get featured in movies.

Dropping back to help out at the rear is Sean Bean. His goalscoring heroics in When Saturday Comes (1996) as a tough northern factory worker who finds fame late on in life were great for the cameras, but he has a less glamorous job to do here. Besides, we all know Bean won’t last a full season… he rarely makes the end credits of the films he stars in, and is yet to make it through the arduous winter season, even if he knows full well that it’s coming.

Stretching again for our second defender, we’re going for this up-and-coming hard hitter from Thai martial arts extravaganza Born to Fight (2004). The plot is utterly insane: a group of sports stars heading to a charity event on the Thai/Burmese border find themselves in the middle of a terrorist siege. As the clock ticks towards a deadly missile launch, the hostages turn the tables on their captors the only way they know how: the power of sport!

Adding some steel to our defence is Jason Statham, who has played alongside World Cup winner Frank Leboeuf in a Hollywood-based side. Yes, we know that the man affectionately known as ‘The Stath’ played in goal for Vinnie Jones’ bunch of good-natured prisoners in Mean Machine (2001), but we think he’s got what it takes to step up. Who’s going to argue with him anyway?

The creative heart of this team will be Parminder Nagra, who was famously able to ‘bend it like Beckham’. The star of the 2001 Gurinder Chadha film displayed some silky skills in the hopes of being the new England number seven, just like ‘Golden Balls’ himself.

Alongside Nagra will sit a fearsome trio styled on real-life footballers but portrayed by three of the best British actors around. In comes Stephen Graham as the enforcer of the team, similar in stature and temperament to Billy Bremner, who the Scouser played in The Damned United (2009). Not many people could butt heads with Brian Clough and live to tell the tale, but Bremner sure did during his time at Leeds United.

The rest of the midfield is made up of two of Manchester United’s finest. In United (2011), Jack O’Connell and Sam Claflin play Bobby Charlton and Duncan Edwards, respectively. Charlton went on to achieve great success during his career, but Edwards, arguably the most talented player of his generation, had his career, and life, tragically cut short in the 1958 Munich air disaster.

Leading the line is ‘Gregory’s girl’, Dorothy (Dee Hepburn). This Scottish striking sensation won the heart of the beleaguered hero of the 1980 film, who was dropped from the front line and ended up in goal when the new girl proved to be a superstar up front.

Joining Dorothy is Stephen Chow, who showed off some remarkable skills in entertaining comedy Shaolin Soccer (2001). Admittedly, these ‘skills’ were predominantly of the computer-aided variety, but there’s nothing wrong with a little movie magic now and then. ‘Mighty Steel Leg’ Sing, as he is known, had a mighty traction engine of a finish on him.

The star striker in our 11 is Kuno Becker, who starred in his own footballing trilogy in a career that went from the mean streets of Mexico to the Santiago Bernabéu in Madrid via, erm, Newcastle. Goal! (2005) isn’t a great film, but it does feature a host of real-life footballers, including Steven Gerrard, Alan Shearer and both Ronaldos.

Spoilt for choice here. We almost went for Michael Sheen, who vividly brought Brian Clough to life in The Damned United. Also just missing out is Ricky Tomlinson, the titular star of Mike Bassett: England Manager (2001), which highlights the preposterously comedic goings-on behind the scenes at top-level football governance.

Our ultimate pick, however, is Oscar-winner Robert Duvall, who somehow popped up in A Shot at Glory (2000) alongside Scottish striker Ally McCoist. Pep Guardiola might have won a lot in his career, but does he have an Academy Award to his name? No, he does not.