The Films you Need to Watch in Cinemas this Month 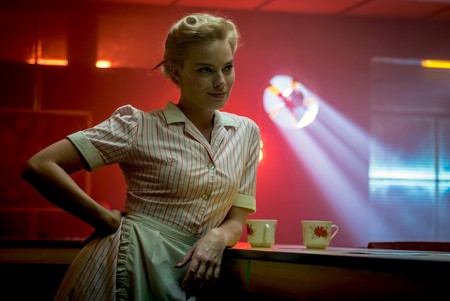 As the World Cup begins to wind down, so the cinema schedules start to hot up with some unmissable movie selections suitable for all tastes. There are sequels, animations, action movies and a spectacular singalong with ABBA…

This year marks the bicentenary of Frankenstein, a novel written by Mary Shelley when she was just 20 years old. Elle Fanning stars in the titular role with Douglas Booth playing her husband Percy Shelley. The relationships between the pair is said to have resulted in one of the most influential novels of all time, a horror classic that appeals to modern audiences as much as it did to those in 1818.

Margot Robbie dons an English accent to play a waitress leading a double life as an assassin. The sprawling, unnerving city at the heart of Terminal is a neon-infused nightmare populated by rogues and troubled souls. When another assassin arrives on the scene, Robbie’s Annie finds her latest target tough to finish off.

The second documentary on the American popstar in less than a year, this release promises more access to those in the know and a shocking revelation from the past. The enduring popularity of Houston is undeniable, and you get a real sense of just how talented and tragically troubled she was.

Die Hard meets The Towering Inferno in another preposterously bombastic blockbuster from Dwayne Johnson. Last time we saw the star take on a giant ape, a huge alligator and an overgrown flying wolf in Rampage (2018), and now we get even more thrills and spills. The plots always seem to be too farfetched in Johnson’s movies, and yet his natural charm and charisma are just enough to win over the doubters. Besides, if anyone can put out a raging fire while fighting off a bunch of terrorists (on one leg no less!), it’s The Rock.

Fourteen years on from the original, Pixar’s sequel to its superhero-themed animation picks up the action exactly where the last film left off. In one of many neat touches to the film, the studio took great care in maintaining a retro feel with its visuals. Incredibles 2 has been a huge hit on release in North America, proving that there is no sign of our fascination with Pixar or superhero films going away any time soon.

Racer and the Jailbird

The Belgian entry for Best Foreign Film at the last Academy Awards, this fast-paced drama deals with the unlikely relationship between a race driver and a gangster. Set in Brussels and starring French actress Adèle Exarchopoulos and Belgian actor Matthias Schoenaerts, the movie showcases the attractive pair as well as all sides of the city.

Something a little different from the traditional Bollywood fare, this is real-life story of triumph over adversity. International hockey star Sandeep Singh was one of the best known stars of the sport in his native India when an accidental gunshot left him paralysed and confined to a wheelchair. Told he would likely never walk again, not only did Singh make a full return to health, he also fought his way back into the national team and won several honours as captain and specialist penalty-taker.

Spanish horror films have been all the rage for a while now. Known as The Secret of Marrowbone elsewhere, this film has been on the festival circuit for a while and tells the chilling tale of a family moving to a rural part of American in 1969. The children of the group have to care for one another, with the help of newcomer Allie, after an unexpected turn of events. The presence of the new ‘queen of scream’ Anya Taylor-Joy suggests plenty of frights in store, and the setting is ripe for the genre.

Jodie Foster is a rare screen presence nowadays, which makes her appearance in Hotel Artemis all the more exciting. And director Drew Pearce has a mighty supporting ensemble, too: Jeff Goldblum is a nefarious mob boss, featured alongside burly Dave Bautista (Guardians of the Galaxy 2 (2017)), the superb Sofia Boutella and Atlanta star Brian Tyree Henry.

Here we go again indeed… get ready for more singalong fun as the ABBA-inspired antics of Meryl Streep and her pals are back, and this time with a hint of time-hopping thrown into the mix. We’re not talking Back to the Future, however, more flashbacks to how the this bunch of friends met in the first place. Lily James has the unenviable task of playing a younger version of Streep’s character, tough purely because of the high esteem in which the star is held. Regardless of how good (or bad) the film is, we know the music will be cracking.

Hotel Transylvania 3 star Adam Sandler may not have best reputation these days thanks to a recent track record for horrible films, but this series has a great reputation. Not only are the films in this franchise good, they also make money. Expect more of the same in terms of supernatural comedy and heart-warming family drama, and a particularly enjoyable turn from Selena Gomez too.

One of the most bankable franchises around, Mission: Impossible is back for its sixth instalment and star Tom Cruise shows no signs of slowing down with the high-risk stunts that have become a trademark of the series. The films are slick, packed full of breath-taking action and boast the sort of globe-trotting that would make even James Bond envious. Along for the ride this time is Henry Cavill, who sporting the moustache that caused so much trouble for the Justice League (2017) production team, who had to digitise out the offending facial hair for re-shoots.