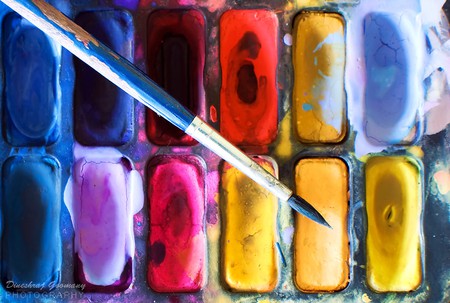 British artist Stuart Semple has released a cherry-scented version of Vantablack, a pure black pigment exclusively owned by British sculptor Anish Kapoor. Semple’s new Black v1.0, “the world’s mattest, flattest, blackest art material” is now available for £16.99 to anyone and everyone – except Kapoor.

Award-winning sculptor Anish Kapoor has made numerous headlines for controversially monopolizing color. A rather petty but admittedly entertaining feud between Kapoor and artist Stuart Semple subsequently began when Kapoor secured exclusive rights to Vantablack in 2016. 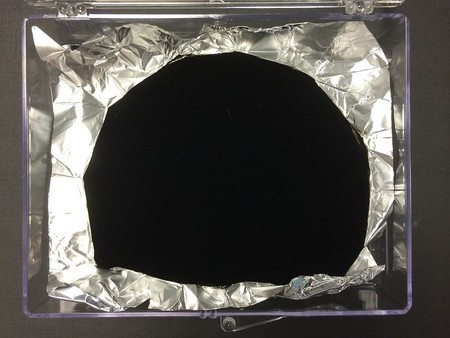 Thought to be the world’s purest black pigment, Vantablack is “comprised of microscopic stems of color that are 300 times as tall as they are wide, so that about 99.6% of all light ‘just gets trapped in the network of standing segments,'” The Guardian reported. The discovery of such a rare and emotive pigment (Kapoor told The Guardian that “the closest experience…would be staring into a black hole”) was impactful to artists around the world, who are all legally barred from using the material.

Unsurprisingly, Kapoor’s decision to commandeer a color left the artistic community incensed; but none more than Semple. The artist, who sells his own brand of the world’s “pinkest” pink, and what may or may not be the world’s “greenest” green, “yellowist” yellow, and “most glittery” glitter, has publicly – and legally – forbidden Kapoor from purchasing his pigments.

Each of Semple’s paint products is sold on his website with a disclaimer: “This…paint by Stuart Semple is available to everyone except Anish Kapoor! (who won’t share his black!).”