The Book Of Magic: A History Of Superstition

Magic is one of the world’s earliest and most deep-rooted fascinations, an enduring attraction that enchants scientists and Harry Potter fanatics alike. The ancient practices of rituals, spells and enchantments have been with us for as long as religion has – but how much do we really know about sorcery and its methods? Brian Copenhaver’s anthology The Book of Magic reveals just that, presenting an academic insight into successive stages of superstition, from Antiquity to the Enlightenment. 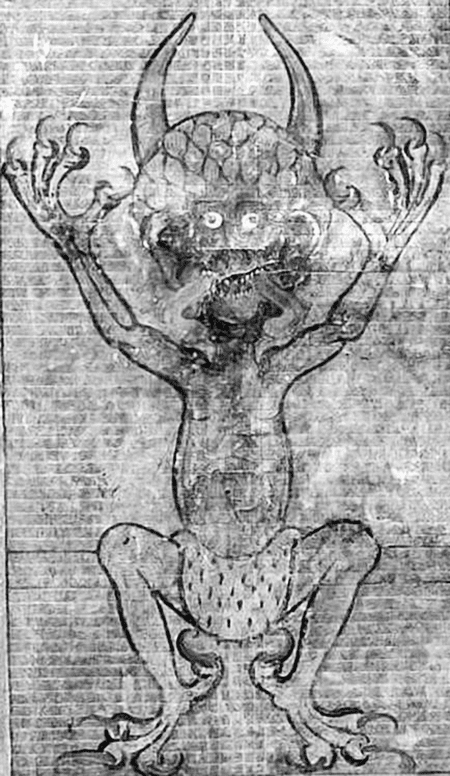 Figure 16: Satan himself in the Codex Gigas | Courtesy of Penguin

Theater and illustration are both spaces that allow the supernatural to take shape. The following extract explores how these two mediums projected devilish and demonic figures, yielding some of the most famous European Renaissance literature in the process, as well as a few cute depictions of evil:

Medieval books, every one made by hand laboriously, are sometimes illustrated. The books – bibles, for example – sometimes tell stories that show strange things: Aaron turns his wand into a snake; an angel tells a virgin she is pregnant; a magician falls from the sky. In manuscripts and on the walls of churches, the Devil was a common sight, usually presiding over the wrong end of the Last Judgment. The scruffy Devil shown here comes from the Codex Gigas, a gigantic (hence the name) manuscript put together by Benedictine monks in the early thirteenth century.

The Devil’s anatomy is monstrous. Non-human parts distort a human form to make it anti-human and horrible. But the horror of monstrosity itself is not the main content of this image, which shows an individual person whose name we all know: it is a picture of someone, although that someone is supernatural.

An image of a different kind, from a book by Ulisse Aldrovandi, is of no one in particular: it is a virtuoso display of monstrosity as such. In Aldrovandi’s day, printed books with grotesque pictures were best-sellers, like other volumes – elegantly illustrated – on geology, botany, zoology and human anatomy. Convincing pictures in books of natural history set norms for seeing that made images of monsters just as believable.

People who read the books that we now call ‘scientific’ had seen some of the stones, plants, insects, fish, reptiles, birds and mammals pictured in them – rocks by a road, roses in a garden, horses in a pasture. Seeing familiar objects of nature expertly depicted built confidence in pictorial conventions that naturalized the exotic: had you never come near an elephant or a rhinoceros, but you had seen a plausible rooster or a recognizable rabbit in one of Aldrovandi’s books, you might also trust his pictures of creatures from far away, beyond the range of what you could see for yourself. 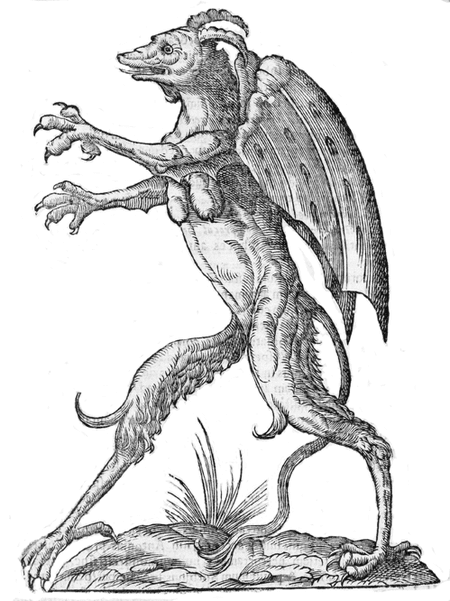 Figure 17: A Monster by Aldrovandi | Courtesy of Penguin Books

Why not trust Aldrovandi’s monsters too? Pictures of monsters in early printed books often come with thrilling stories. Usually sensational and sometimes apocalyptic, they provided pertinent entertainment during long years of religious war – excitement for Christians who kept expecting the end of days and kept looking for omens to announce it. There were many endorsements for these strange sights.

The Bible predicts an apocalypse and an Antichrist, a monster of iniquity whose extra-biblical legend was meatier than the official version. Less remote was the domestic experience – reported by family, relatives or neighbors – of nature gone wrong in human and animal births. Limbs missing, misshapen, misplaced or too many, openings in the body where none should be, deformed skin or strange hair, disturbingly odd behavior: then as now, reactions were sharp when people suffered such things, and medical science could give no relief. So people prayed and told stories about monsters, sometimes spinning them into inky nightmares in books like Aldrovandi’s. The artists and craftsmen who produced those volumes had improved the art of printing and the commerce of publishing by Aldrovandi’s time: he died in 1605, and his History of Monsters appeared in 1642.

By then, during Aldrovandi’s heyday, the great age of European theater had come and gone – except in one genre, comedy, where Molière had yet to make his mark. Ben Jonson, another master of comedy, died in 1637, outliving Shakespeare by more than twenty years. Marlowe was killed in 1593, just after Shakespeare started performing in London. The majestic dramaturgy of Elizabethan and Jacobean England – like the sumptuous craft of the book while Aldrovandi worked – was, among other things, an art and a technology of picturing.

In the theater, one kind of picturing relies on the ensemble of costumes, furniture and other gear on stage. With help from a cast and crew, each person in the audience also pictures things in a singular way. When Londoners watched players on a stage and saw witches on a moor or a ghost haunting a castle or fairies feuding in a forest, the visual experience of mysterious activity, made electric by language of very high voltage, was like nothing ever seen-and-heard before. Watching in audiences as large as 3000, standing like Faustus inside circles of energy, ordinary people were communal witnesses of magical events.

The new technologies were good at disseminating images, whether they moved on a stage or stayed still in books. Before Shakespeare’s century, however, dissemination had not been a strength of play-acting or book-making. Consider the Devil in the Codex Gigas, which opens more than a yard wide: his picture will be hard to miss for anyone who glances inside that bulky volume. But a look at this image of Satan was hard to get unil recently. The big Bible was made and housed in a remote monastery: then it passed through other monastic libraries on the way to Rudolf II’s celebrated collections. Even there, the Devil will usually have stayed out of sight.

Aldrovandi – a collector like Rudolf but in a more public environment – made pictures of monsters accessible to more people than the few who could visit an Emperor’s court. When his History of Monsters was published, a thousand or more copies of a book might be printed for one edition. For a large, expensive volume like the Monsters, fewer copies may have been made, but Aldrovandi’s readership – centered on the city of Bologna yet European in scope – was larger than Rudolf’s restricted audience. Through the sixteenth century, as more and more such books reached more and more viewers, picturing in print corroborated the talk about magic. Aldrovandi’s publications – like those of other natural historians – created two moments of authentication. First, pictures of ordinary things were produced in such numbers and so persuasively that the pictorial conventions used to make them became normal and habitual. Then, once pictorial seeing was believing for everyday things, displays of the same kind could also confirm the more exotic and arcane items also shown in books.

After Aldrovandi died in 1605, however, pictures of a different kind became more common. Technical illustrations in books by Descartes, Galileo, Gilbert, Hooke, Huygens and others communicated new theories of matter and force that were making magic disreputable for European intellectuals. Images in Porta’s books pointed both ways: physiognomies of people, animals and plants evoked the signatures of Parcelsus, while optical designs and sketches of experiments made the old magic look out of date and ineffective. The comic theater of Jonson and Molière would have similar effects – eventually. But that transformation was decades away in 1611 when Shakespeare brought his monster Caliban to court for James I to see.

Watching magic up close, on stage – sighing as Prospero exploits Ariel in his kindly way, cringing as Faustus disgraces himself, sharing those feelings with people seated on either side – that was the power of theater working in fictions of magic, just as the same dramatists paraded the warlike deeds of kings and exposed the conniving of courtiers. Except through the lines of a play and actions on a stage, Harry Hotspur was no more real to a London audience than Owen Glendower, the wizard prince from Wales. ‘I can call spirits from the vasty deep,’ Glendower boasts. Then Hotspur asks ‘but will they come when you do call for them?’ In the theater, the spirits always came for Shakespeare, Jonson and Marlowe.

Those playwrights were the supreme poets of their age, setting the standard not just for drama but for all serious literature. Edmund Spenser was also a great poet – but in language made all but unreadable by contrast with his successors. Later, when Milton challenged Dante as Hell’s architect in verse, the bar had been set high in two domains by his own countrymen. One was linguistic, and in that respect Milton’s achievement has stood with Shakespeare’s and Chaucer’s: Satan speaks English because Milton taught him how. The other challenge was visual: epic poetry has its scenes, but no stages. How could reams of blank verse show a playwright’s audience what to see? Milton answered in 1667 with the first two books of Paradise Lost, where the most painful sights for Satan are visions inside him: ‘the mind is its own place,’ he explains, ‘and in itself can make a Heav’n of Hell, a Hell of Heav’n.’

Milton wrote ‘to justify the ways of God to men.’ Nothing could be more serious. But in Milton’s day not everyone still took magic seriously: some were starting to entertain doubts about the Devil. In that climate of creeping enlightenment, the same high art that made magic visible on the stage and eloquent in poetry could also make it ridiculous. Making fun of magic was nothing new, of course. Plautus joked about a haunted house. Chaucer made alchemy look foolish. But Jonson, taking that same topic to new heights, works a miracle, turning technical writing about alchemy – as in the Rose Garden of Philosophers – into the comedy of empty language. The master of that line of wit is still Molière – in any language. Judged by results in the press, however, the most successful mockery of magic was a counter-epic – comic relief for Milton’s stately verses. Samuel Butler’s main targets in Hudibras are Presbyterians pedants and fanatics. But his Sidrophel, a ‘cunning man,’ is the silliest wizard in English letters.

Butler, Molière and Jonson laughed at magic in the best company. The Alchemist was first performed in 1610, the year of Galileo’s telescopic discoveries, announced in his Starry Messenger. When Moliere died in 1673, acting in The Imaginary Invalid, the Royal Society of London was looking at nature from the other end, through the microscopic images of Antonie van Leeuwenhoek. In 1677, when Leeuwenhoek trained his sights on human sperm, all of Butler’s Hudibras was complete and published. New instrumentation and pictures of a new kind were helping the mechanical philosophers – cheered by comedic allies – to escort magic from center stage, leaving the honor of science unsullied. Few of the new-model sages, after Molière had killed the occult philosophy with a joke and collapsed on stage, could still agree with Faustus that magic is a source ‘of power, of honour, of omnipotence.’ 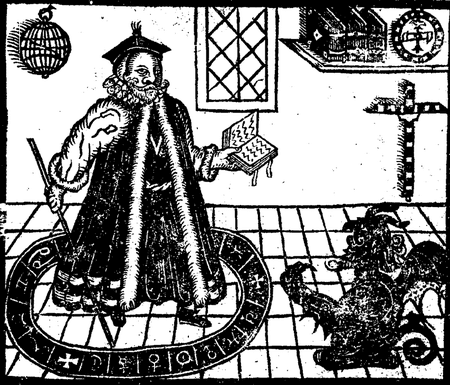 Extracted from The Book of Magic, From Antiquity to The Enlightenment, by Brian Copenhaver, published by PenguinBooks
By Ellen Gilsenan-McMahon