The Best Things to Do in the Peak District, UK 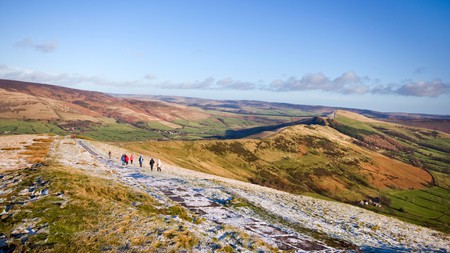 Hike the trails of the oldest national park in the United Kingdom before relaxing with a cherry-topped Bakewell tart and locally-made craft gin.

The 1932 Mass Trespass, a peaceful protest on what was then private land, is the reason why you can explore the Peak District today. What followed was a change in legislation to open up Britain’s moorland and eventually the formation of Britain’s first national park in 1951. A patchwork of rolling green hills crisscrossed with walking trails and dotted with quaint towns, this unspoiled area is full of must-see sights and fun things to do. 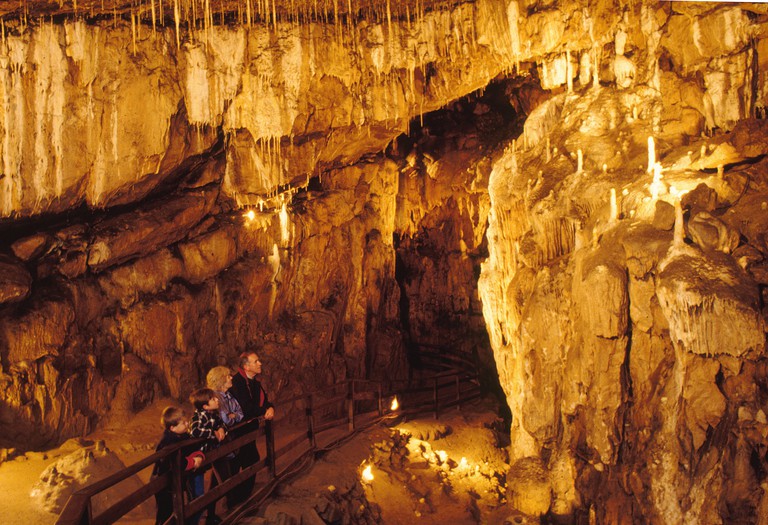 © Peter Phipp/Travelshots.com / Alamy Stock Photo
This wondrous underground cave has welcomed visitors since the 17th century, who followed a Wonders of the Peak guidebook to find their way. It still draws adventurous types today, thanks to the crystalline stalactites and stalagmites – thought to be millions of years old – looming at every turn throughout the caverns. 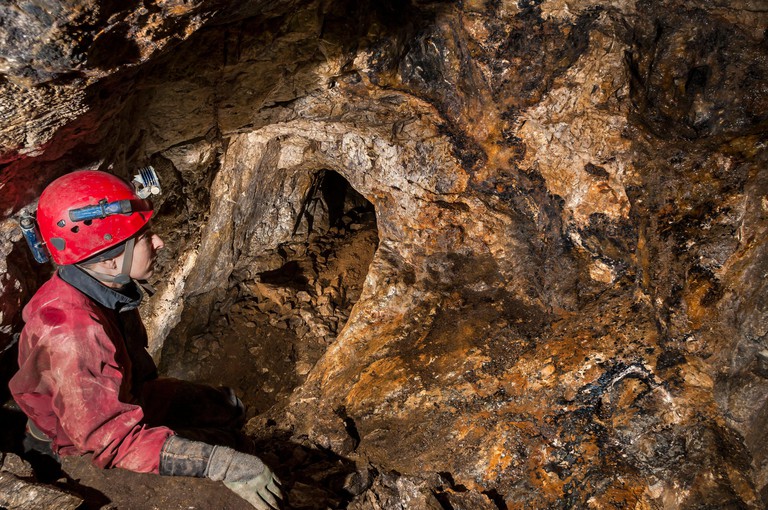 © Phil Wolstenholme / Alamy Stock Photo
Deep underground in the caves of Castleton, Derbyshire, you can find a semi-precious stone that’s only found in this location – if you look hard enough. First, you’ll meet the family that owns and cares for this curious cave and learn about its history. Then you can go prospecting for the valuable mineral, before having a go at forging a few souvenirs made from the stone under the guidance of an expert. 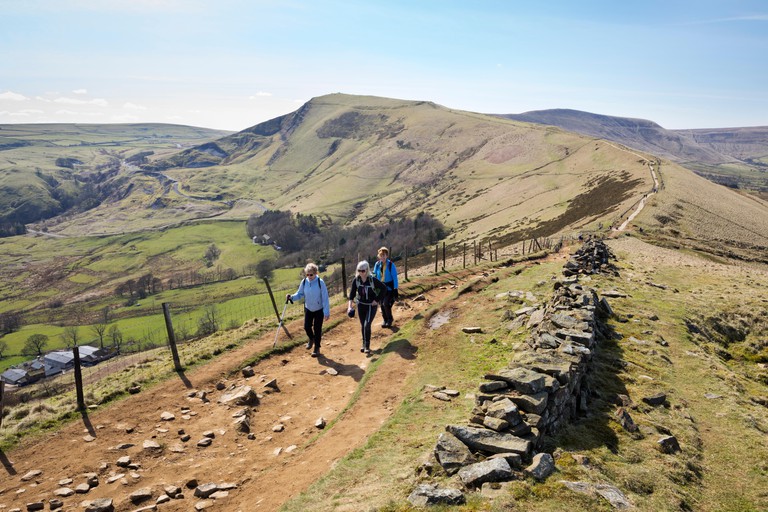 © Stuart Black / Alamy Stock Photo
Standing 1,696ft (517m) above sea level getting blown about by the wind on a ridge between the Dark Peak (gritstone) and the White Peak (limestone), it’s easy to see how this tor acquired its moniker: the Shivering Mountain. Wrap up warm and enjoy one of the region’s best-loved ridge walks, with epic views over the dry gorge of Winnats Pass.

Roam the rooms and grounds of Bolsover Castle 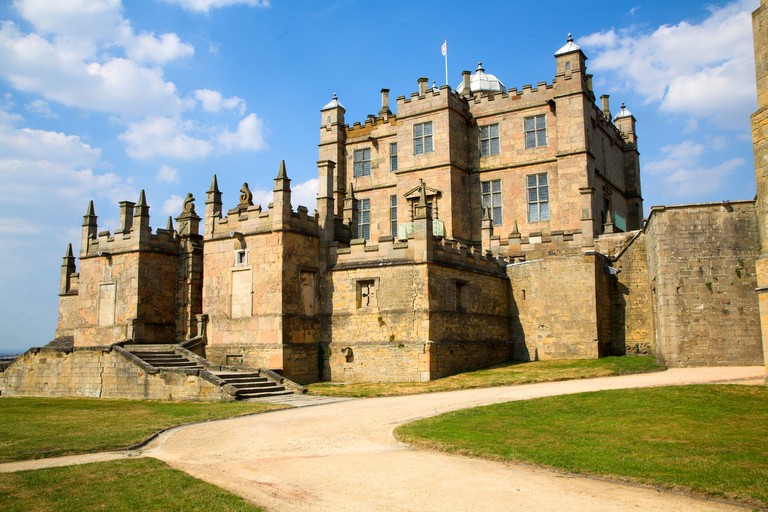 © eye35.pix / Alamy Stock Photo
William Cavendish inherited this castle in 1617 and lavishly decorated the house to entertain his aristocratic friends. Later, he added the vast Riding House, where his best horses were trained in dressage. To this day, the equestrian house remains one of the highlights of this impressive estate, which you can roam freely by booking in advance. 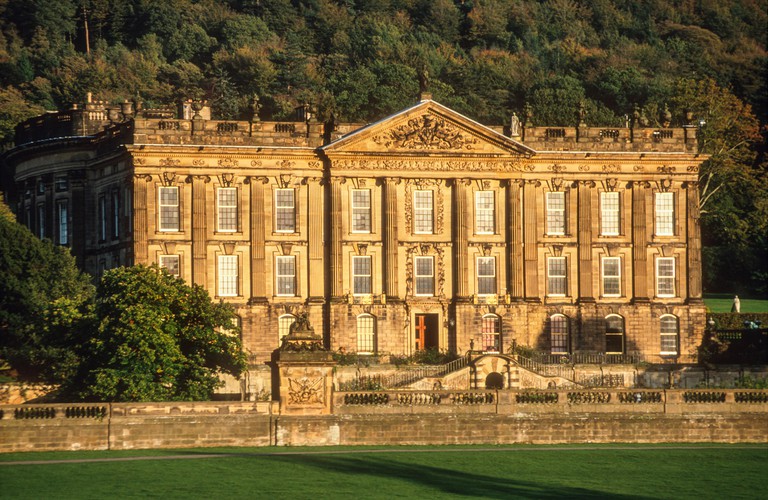 © eye35 / Alamy Stock Photo
It would be remiss to visit the Peak District and not see the jewel in its crown. Pride and Prejudice fans will recognise the stately facade – home to the Bennet family in Jane Austen’s acclaimed book. Imagine yourself as a true English aristocrat while exploring the sumptuously decorated rooms, as well 105 acres (42ha) of grandly designed gardens to boot. 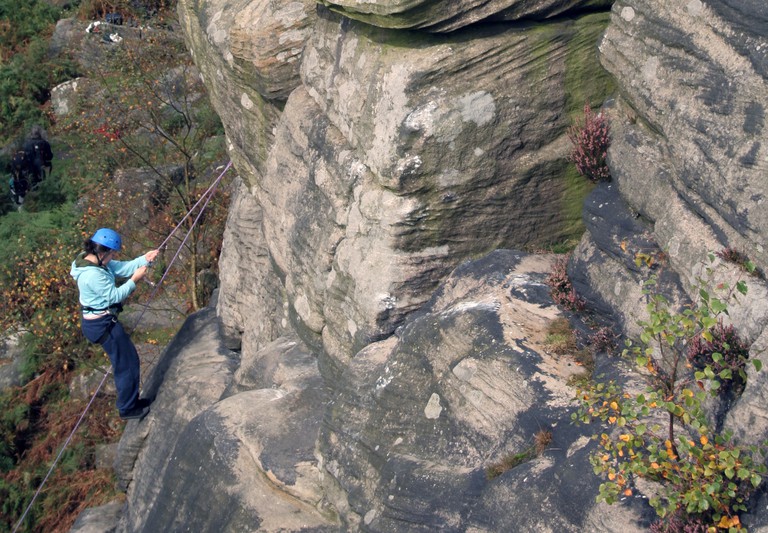 © JulieVMac / Getty Images
The Peak District is not short in supply of steep, craggy cliffs, so there’s plenty in the way of adrenaline-fuelled activities for stimulating the daredevil in you. Abseiling the arch of Millers Dale Bridge, for instance – suspended 262ft (80m) over the River Wye – there’s no more thrilling way to experience the Peaks. 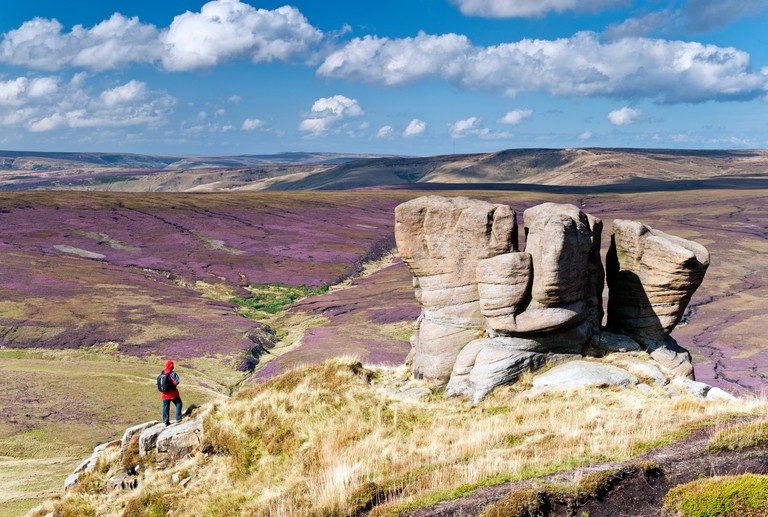 © Alan Novelli / Alamy Stock Photo
Grab your map and compass, pull on your bobble hat and boots and scale the highest summit in the Peak District. The hike up Kinder Scout will lead you through beautiful scenery and on a clear day you’ll be able to see all the way out to the city of Manchester once you get to the top. Stomp through peat bogs, scramble up a few rocks, trek across moorland and admire the glorious fall at Kinder Downfall.

Eat a bakewell tart in Bakewell 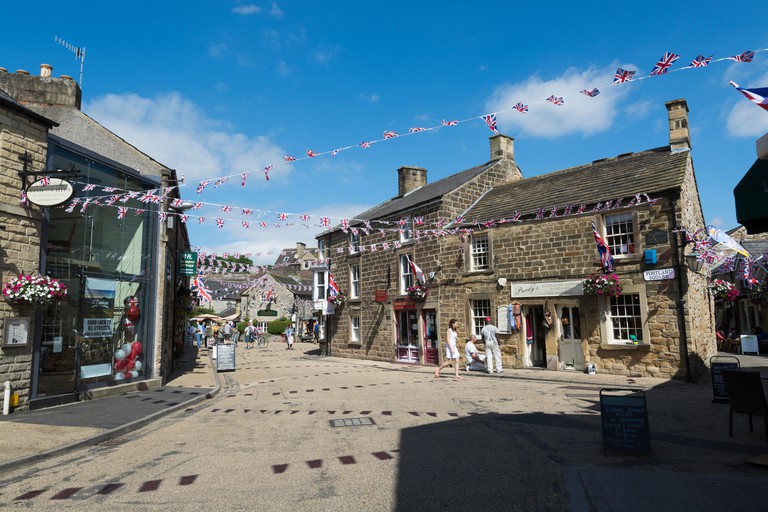 © Roy Childs / Alamy Stock Photo
Buttery, crumbly pastry filled with sweet almond frangipane and raspberry jam, topped with a drizzle (or a slab) of white icing. The Bakewell tart is a very English-sounding treat – probably because it’s one of the country’s most time-honoured puddings. It remains the most famous export of Bakewell and pairs perfectly with a cup of tea. You can eat one, gift one and even send one home for when you get back and the fridge is empty.

Take a tour of the White Peak Distillery

A newer addition to the region’s attractions is this full-scale craft distillery, founded in 2016 on the former site of Johnson & Nephew’s Wire Works. Take a tour to sample the single-malt spirit and award-winning Shining Cliff gin, named after the ancient woodland in which the distillery is found. There’s even a Bakewell tart variation. 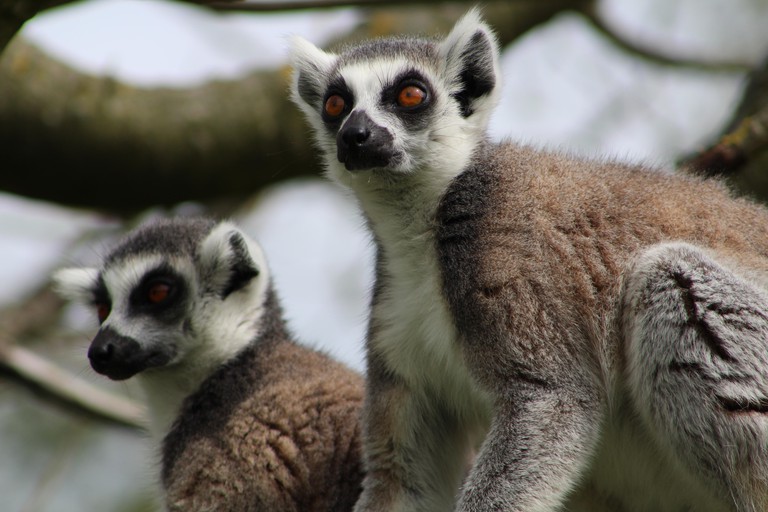 © Beth Clews / Alamy Stock Photo
Animal-lovers flock here for the chance of coming face-to-face with some of the world’s cutest creatures. The large walkthrough areas provide a fully immersive experience, with penguins, lemurs and wallabies all calling this wildlife park home. Get there early for the chance to feed the wallabies their breakfast and then refuel yourself at the café, before choosing which animal you’d like to meet next.

Visit the fairytale town of Eyam 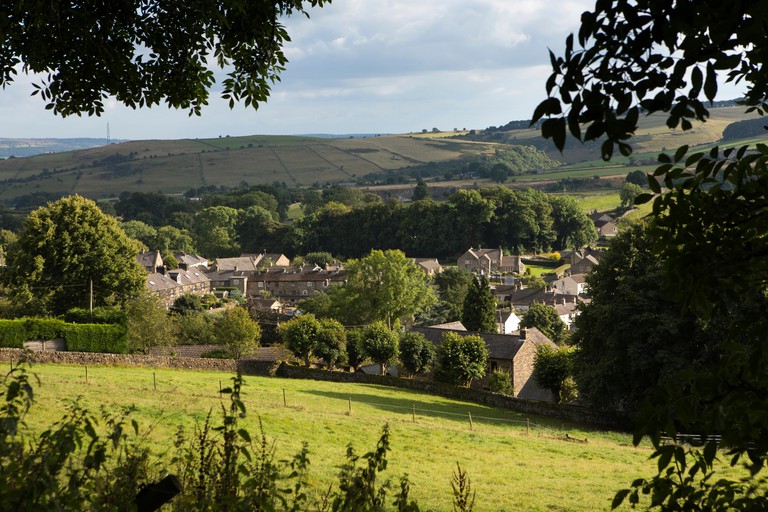 © travelib / Alamy Stock Photo
A piece of cloth brought to this pretty Derbyshire village from London in 1665 was responsible for the outbreak of what would become one of Britain’s most deadly plagues: the Black Death. But don’t let that put you off. The disease is of course long gone and nowadays Eyam is best known for its charming cafés, shops, boutiques and museum that tells the town’s story. It’s also the site of Eyam Hall, an excellent example of Jacobean architecture.