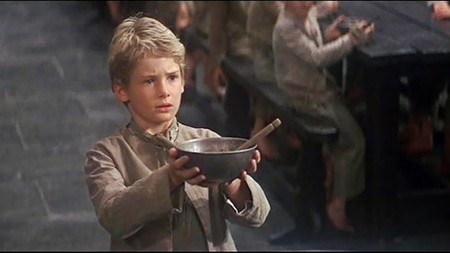 Widely regarded as one of history’s greatest literary geniuses and creator of enduringly popular stories containing some of the world’s most beloved and recognisable characters, it will come as no surprise that Charles Dickens is one of the novelists most commonly adapted for film and television — A Christmas Carol may be the single most adapted novel of all time. Though there have been some admittedly diabolical attempts, there have also been some absolute crackers — here are our picks of the best adaptations of Dickens’ major works.

A BBC production, this 1985 mini-series is the first and only television adaptation of The Pickwick Papers, Dickens’ very first novel. The highly popular and humorous novel follows the adventures of Samuel Pickwick and fellow members of the Pickwick Club, as they travel by coach across the countryside in order to find out about the people of 19th century England.

Produced by David O. Selznick, who would go on to win Academy Awards with Gone With the Wind in 1939 and Rebecca in 1940, this adaptation of Dickens’ eighth book is still widely considered the benchmark by which others are measured. The film launched the career of child star Freddie Bartholomew, who emigrated to America from England to play the part. Much from Dickens’ mammoth tale had to be cut, but the film was praised for its vivid performances and convincing staging.

Barnaby Rudge was Dickens’ first historical novel and fourth overall, but it has never numbered among his most popular — hence, why film and television adaptations are thin on the ground. This 13-part, six-hour-long BBC television series was actually the last adaptation to be made, and the only one with sound, having followed two lost silent film adaptations in 1911 and 1915.

At the time of its release, Great Expectations was lauded by many as the best adaptation of Dickens’ work to date — seventy years on, and it still holds its own. This post-war adaptation, which featured Jean Simmons as Estella in one of her earliest roles, has continued to rank highly in critical lists of the best ever British films, while Roger Ebert praised it for doing ‘what few movies based on great books can do: [create] pictures on the screen that do not clash with the images already existing in our minds’.

Faithfully honouring the only one of Dickens’ novels not to feature London, this four-part Granada series for ITV was filmed in Manchester. Attacking the philosophy of utilitarianism, Dickens’ novel addresses the misery of poor labourers in Northern mill towns. This critically acclaimed series was one of only two English-speaking, non-silent adaptations on the screen.

Following on the back of the success of Great Expectations, which he also directed, David Lean returned with much of his same team to make Oliver Twist. The film itself was exceedingly well received, save for the appearance of Fagin, Lean having ignored his Jewish makeup artist’s advice and chosen to portray the character with an exaggerated prosthetic nose that many felt to be anti-Semitic. It was subsequently banned in Israel, caused uproar amongst German Jews, and was not released in America until 1951.

Martin Chuzzlewit may have been one of Dickens’ least popular novels, but it was one of his personal favourites. The 1994 BBC series, which starred renowned Shakespearean actor Paul Scofield, is the only adaptation to have been made, for television or film.

This 1951 adaptation of A Christmas Carol was a slow-burner, failing to make much of an impact on its initial release, particularly compared to its more jovial 1938 predecessor. However, it subsequently grew in favour in both the US and Britain, and is today regarded as one of the best adaptations of a Dickens novel, while Alastair Sim’s portrayal of Scrooge is considered to be the gold standard.

Back in the 2000s, Andrew Davies (master screenwriter behind such series as the 1995 Pride and Prejudice and this year’s War and Peace) was planning on making a new adaptation of this Dickens novel, which tells the story of a miserly business man obsessed with gaining a son and heir to the complete and utter neglect of his loving daughter. However, Davies was ultimately commissioned to produce another adaptation of Great Expectations, leaving this 1983 BBC mini series one of only two English-speaking adaptations.

Certainly not among the most remembered of cinematic Dickens adaptations, A Tale of Two Cities is nevertheless a faithful and authentic interpretation of its source material. Ralph Thomas, the film’s director, has since expressed regret that he chose to shoot in black and white, believing that if it were in colour, audiences would still watch it today — however, at the time he insisted that Dickens’ book itself had been written in black and white, and must be honoured accordingly.

At nine hours long, this mammoth adaptation takes some getting through, but is definitely one for all those irked at the details left out of shorter adaptations. Broadcast on Channel 4 in 1982, this production was actually a restaging of the critically-acclaimed stage production that had rounded up earlier in the year, with the original actors, costumes, and scripts brought back together in the Old Vic. The series was the first major production for the brand new Channel 4.

Dickens’ last completed novel has lent itself to three BBC television series in total, but none so well received as this 1998 version starring Keeley Hawes. With an extremely complicated and multi-layered plot, Our Mutual Friend includes a rich tapestry of characters, some arguably more sympathetically portrayed than in the book itself, and has been roundly praised for its high-quality production values.

Another script courtesy of Andrew Davies, this all-star, eight-hour-long television adaptation for the BBC drew widespread praise from critics and audiences alike, and was nominated for numerous awards both in the UK and the US, thanks to top-notch performances, lavish production details, and superb cinematography.

Despite great performances from a cast that includes the likes of Derek Jacobi and Zoe Wanamaker, as well as some beautiful filming in atmospheric locations, this 90-minute television film suffers severely from a lack of time to fully flesh out the material, cutting the plot drastically. Nevertheless, it’s a solid and entertaining take on one of Dickens’ best loved texts.

When Dickens died in 1870, Edwin Drood was only halfway finished, leaving, in particular, an unsolved murder; the resultant whodunnit has kept writers occupied ever since, leading to a variety of interpretations. This recent two-part drama for the BBC was the first to adapt the incomplete text for the small screen, offering its own unique ending.

An impressive roster of acclaimed stage and screen actors including Alec Guinness and Derek Jacobi star in this six-hour-long film adaptation of Little Dorrit (split into two roughly equal parts). An incredible amount of craft went into the epic production, which attracted some fantastic reviews. With the novel satirizing the existence of debtor’s prisons such as Marshalsea (where his own father was sent while Dickens’ was a child), it may be among his most personal of works.