William Blake was often criticized for his idiosyncratic views and only received recognition post-mortem. His legacy has found numerous admirers in awe of his artistic talent, expressiveness in the treatment biblical themes and undercurrents of mystique in his works. Working as a painter, printer and poet, Blake is considered part of the Romantic movement while transcending at the same time any attempts to be classified. We have written about the best places to go to see his works. 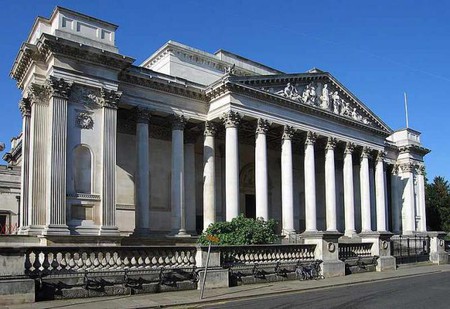 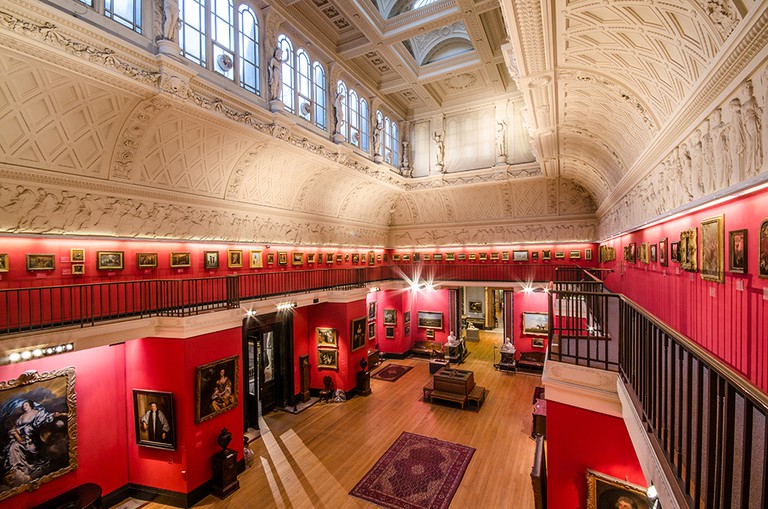 © Damien Vickers / Courtesy of Fitzwilliam Museum
Located in the historic city of Cambridge, the stunning building of the Fitzwilliam Museum houses a variety of antiquities, coins, medals, manuscripts and artworks ranging from Antiquity to the 20th century. The collection features artists such as Picasso, Monet, Rubens, Titian and Cézanne. One of the museum’s most outstanding exhibits is the selection of authors’ writings from Newton’s notebook to manuscripts by Hardy, letters by Darwin, Nelson, Brontë and Blake himself. Numerous skillful masterpieces by William Blake can be observed up close here, allowing the visitor to understand the artist in all his complexity. Next to paintings, watercolours and drawings, the exhibition features several drawings, engravings, notebooks and poetry pieces. Famous paintings include ‘The Judgment of Solomon’, ‘The Circumcision’ and ‘An Allegory of the Spiritual Condition of Man’. The Fitzwilliam Museum is not only an excellent place to fully immerse yourself in Blake’s heritage but also to explore other poets and artists of the Romantic age and artist from all parts of England.

The Victoria and Albert Museum is not only an excellent place to marvel at Blake’s art but it is also widely considered one of the most important museums in the world. The largest museum in the world, it is home to a permanent collection of more than 4.5 million objects and extends over an area of 51,000 meters squared, featuring 145 galleries and spanning 5000 years of cultural and artistic history. Many of Blake’s religiously inspired paintings can be found here, symbolizing the mastermind’s artistic talent. The mystical expressions and biblical themes can be found in works such as ‘The Virgin and Child in Egypt’, ‘Eve tempted by the Serpent’, ‘The Adoration of the Kings’ or ‘Lady with the Infant Jesus riding on a Lamb with Saint John’. The perfectly organized exhibitions allow visitors to gain a truly unique insight into Blake’s paintings, and his works blend in perfectly with works of related themes and artists. 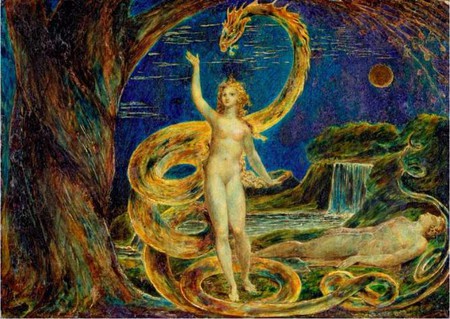 Eve tempted by the Serpent | © Dmitrismirnov/WikiCommons

Glasgow is home to one of the most exceptional museum collections in Europe and features around 1.4 million objects. The exhibitions on display range from art to human and natural history, technological developments and transport. The most notable is Glasgow Museums‘s exhibition of European art, encompassing 8000 pieces covering the period from the 12th century to 1960. The exhibition includes paintings, drawings and sculptures by Italian, Spanish, French, Flemish and British artists. Next to important works by William Blake, visitors can marvel at pieces by Constable, Burne-Jones, Sickert and Lowry. Notable works by William Blake are ‘The Canterbury Pilgrims’, ‘The Entombment, ‘Eve naming the Birds’ and ‘Adam naming the Beasts’. Additionally, visitors can make their way to the Pollok House, a mansion built by the Maxwell family in 1752located a few miles outside the city centre, which now houses a fantastic collection of Spanish paintings alongside significant works by Blake and various antiques.

The Tate Britain is one of England’s most significant museums, housing the national collection of British art alongside international modern masterpieces from 1900 to the present. An extensive exhibition of William Blake’s works is scheduled to run from May 2014 until 2018; it displays a wide range of his art and poetry and other materials which have been arranged into four sections. Within the confines of the Gothic Artists, visitors can explore the artist’s fascination with the style, while Furnace of Lambeth’s Vale explore his life in Lambeth, where his radical political sentiment and visionary printmaking skills resulted in a whole new form of artistic development. Additionally, Chambers of Imagination focuses further on Blake’s use of cultural material as an inspiration. The section of Formidable Works introduces a number of illuminated books and displays works which the artist himself considered as his finest. Notable pieces include ‘Satan Smiting Job with Sore Boils’, ‘The Ghost of a Flea’, ‘The Body of Abel Found by Adam and Eve’, ‘Christ Blessing the Little Children’ and ‘The Agony in the Garden’. 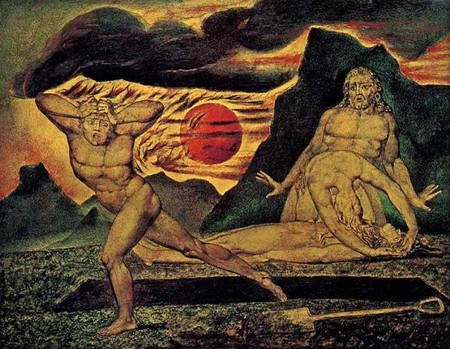 The Body of Abel Found by Adam and Eve | © Petropoxy/WikiCommons

The Manchester Art Gallery reopened in 2002 after having undergone major renovations and can be visited, free of charge, seven days a week. It offers a collection of more than 25,000 pieces, including a fine art collection with numerous oil paintings, watercolours, sculptures and drawings and a selection of decorative art objects ranging from ceramics, glass and furniture to metalworks, wallpapers and other related themes. The works by William Blake feature mainly depictions of important historic characters such as ‘Friedrich Gottlieb Klopstock’, ‘William Cowper’, ‘Torquato Tasso’, ‘Marcus Tullius Cicero’, ‘Homer’ an ‘William Shakespeare’ to name only a few. The exhibition shows a somewhat different side of the artist’s work and diverges from exhibitions of his popular depictions of religious stories. Blake enthusiasts wishing to see more of the artist’s works can also visit the Whitworth collection, which offers seven beautiful watercolour works by the 19th-century mastermind. 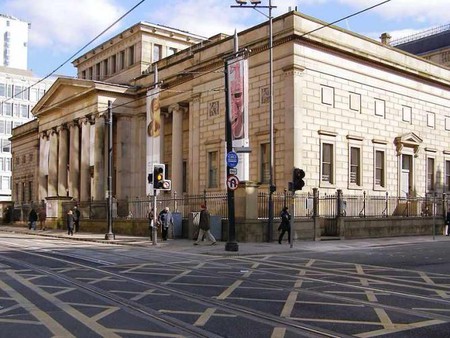