The Best Hotels in Norfolk, UK 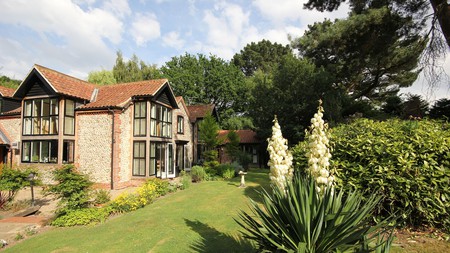 From the windswept beach in Great Yarmouth to the tranquil Broads, Norfolk has long been a favourite destination for a British countryside holiday. You can even embrace the city buzz of Norwich while you’re here. Enjoy the very best of this county by staying in one of these top hotels.

The wide sandy shoreline, super fresh seafood and hip towns all make this county a great spot for a rural getaway –with family, friends or your other half. The great news is there are vibrant hotels in Norfolk to match. Whether you’re looking for vintage flair, history-caked mansions or an ecofriendly sleepover, these are the best places to stay in Norfolk. 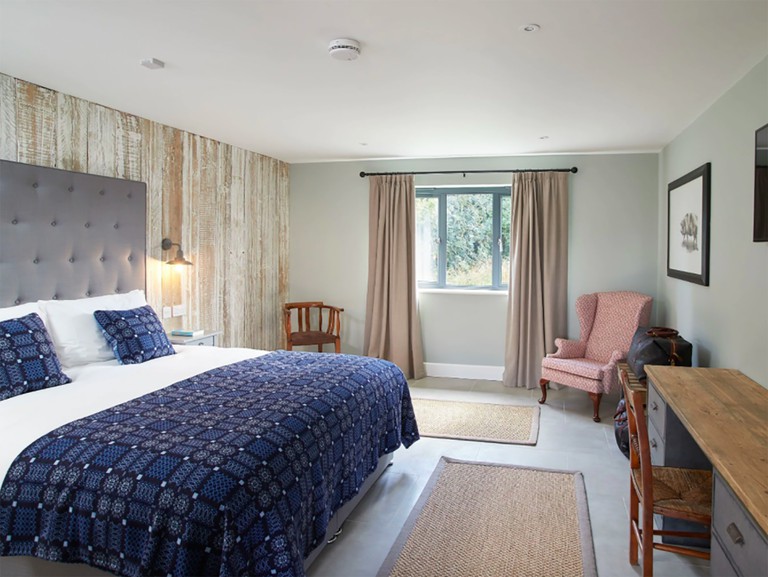 Courtesy of The Pig Shed Motel / Expedia
View Rooms
This eco-conscious roadside motel near Castle Acre is one for the environmentalists. Hot water is warmed by solar panels, toilets use recycled water, underfloor heating is powered by an air-sourced heat pump, and thick double glazing keeps the warmth in. Check-in is via a phone app, an uber-modern touch. With reasonable room prices, you’ll be doing your wallet a favour here as well as the planet. Pop next door to the George & Dragon pub for food – and help, if needed.
EVERYTHING YOU NEED TO KNOW 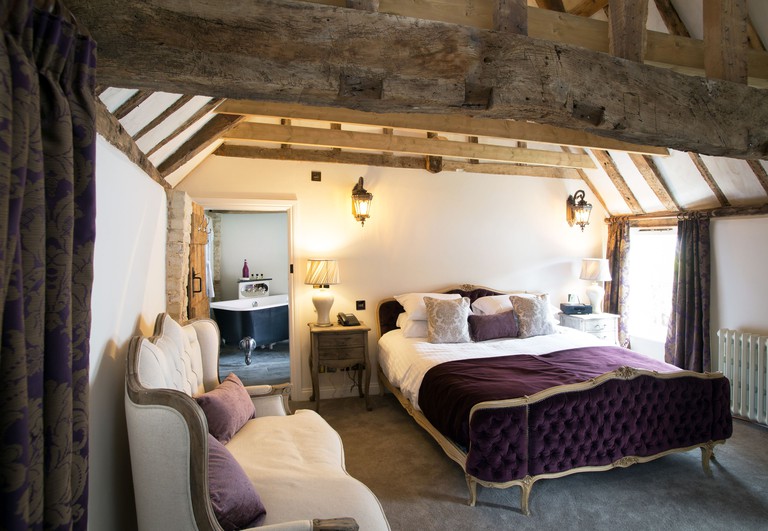 Courtesy of The White Hart / Expedia
One for devotees of all things vintage, the White Hart in Hingham throws a modern spin on traditional rooms. Think reclaimed French chateau tables and a faux-suede padded wall, gnarled timber beams and pretty florals. But there’s nothing old-fashioned about the top-notch food. Steer yourself down to the medieval pub’s Old Court Room restaurant or, on balmy evenings, the outside courtyard for ale-battered fish of the day.
Open In Google Maps
3 Market Place, Hingham, Norwich, England, NR9 4AF, United Kingdom
+441953850214
Visit Website
Give us feedback 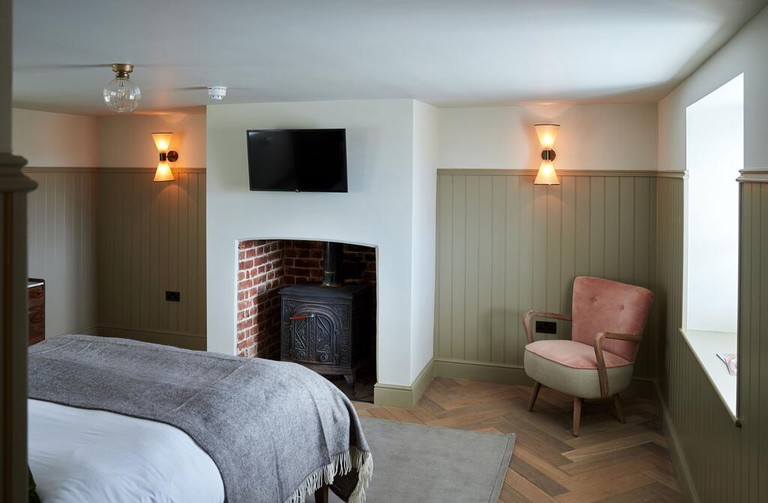 Foodies will drool over The Ingham Swan, more a restaurant with rooms than a hotel. The 14th-century thatched inn, in the isolated hamlet of Ingham, looks the part with inglenook fireplaces, bare brick walls and original beams. But the daily changing menus are the real deal here. Head chef and one-time Norfolk Chef of the Year, Alex Care, is overseen by chef patron Daniel Smith, who used to work at two-Michelin-starred Le Gavroche. Go for Alex’s signature fillet of beef with potato terrine or roast longshore cod with samphire. 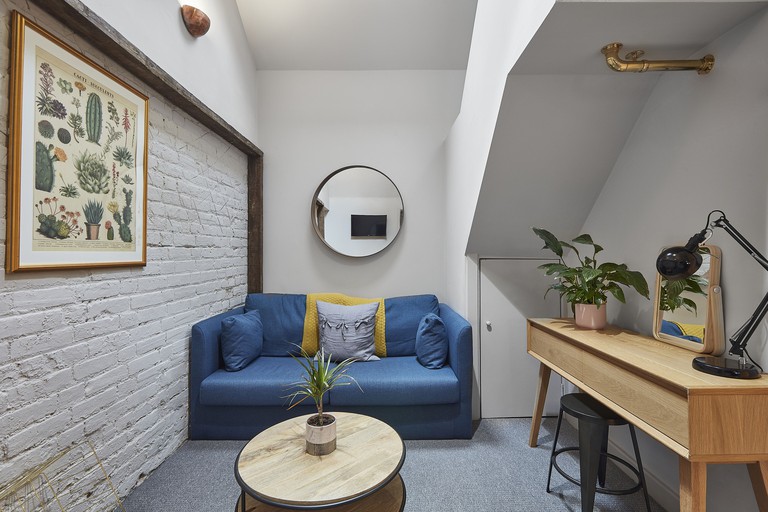 Courtesy of The Georgian Townhouse / Expedia
View Rooms
One for craft beer fiends, The Georgian Townhouse is the place to head in Norwich for local ales. Their six rotating hand pulls present limited editions from neighbouring breweries such as Adnams, Woodforde’s and their sister pub St Andrews Brewhouse. Nearly 40 gins will also help keep spirits up. Sleep it off in a retro-soaked room with a Smeg mini fridge, old dial-up telephone and Roberts radio. For those with family or friends in tow, the two-bed Colonel’s deluxe suite sleeps up to five.
EVERYTHING YOU NEED TO KNOW 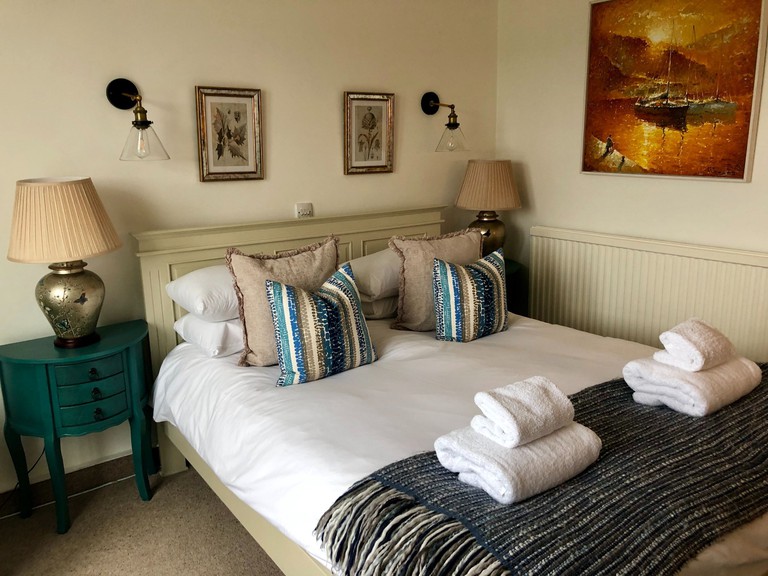 Ideal for water lovers, Hotel Wroxham teeters on the banks of the River Bure in the heart of the Broads. Grab yourself a seat on the riverside terrace and watch vessels sailing past, while eating the signature seafood and smoked salmon linguine. Check into a superior balcony room for the chance to extend those water views. Luxury in-room perks include White Company toiletries and king-sized beds. 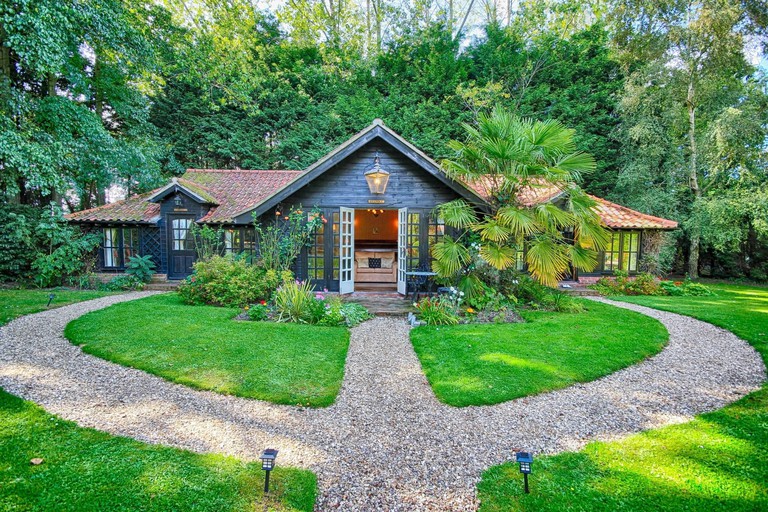 Courtesy of Felbrigg Lodge Hotel / Expedia
View Rooms
Looking for a hot tub with your stay? Book a private jacuzzi suite at the Felbrigg Lodge, elegantly poised in 7 acres (3ha) of woodland in Aylmerton. Order a picnic hamper for your hike, or enjoy in-room treats with Norfolk cheese and wine. Afterwards, take a dip in the pool, kept at a balmy 30C (86F). Alternatively, call massage therapist Sarah from the Beauty Lodge hotel spa. She does in-room treatments too.
EVERYTHING YOU NEED TO KNOW 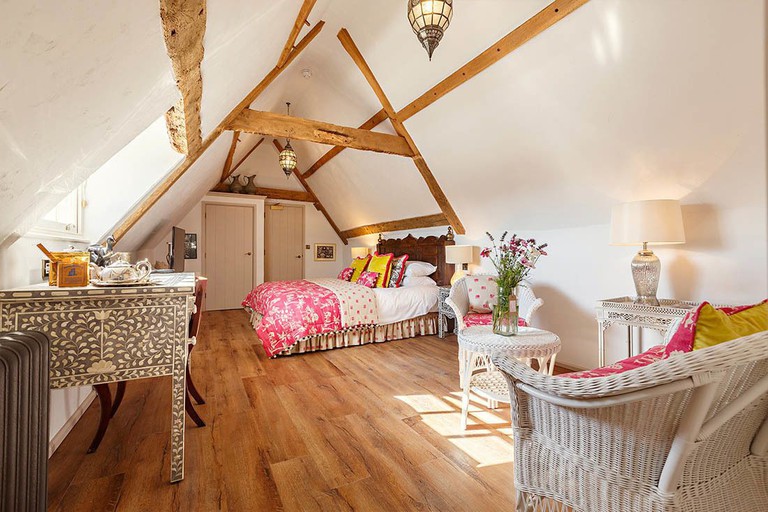 Courtesy of The Dial House / Expedia
View Rooms
This Grade II-listed boutique is themed around Georgian curiosities, a real must-see for design fans. Expect bold wallpaper and chintz fabrics alongside vintage record players. Book the Italian Palace room for a double bathtub at the end of the bed, or the Natural History suite for fossil displays and framed butterflies. Don’t leave this Reepham hotel without checking out the ‘secret’ lounge off the dining room, accessed by a revolving bookcase.
EVERYTHING YOU NEED TO KNOW 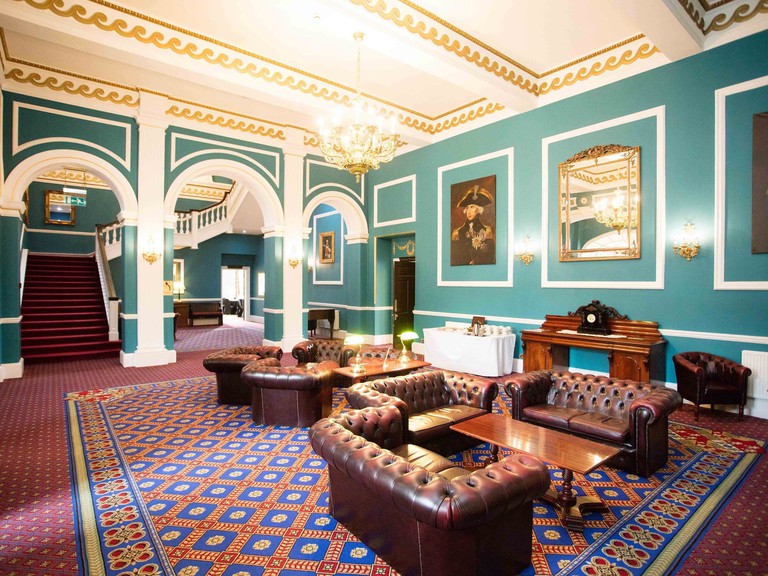 Courtesy of Lynford Hall Hotel / Expedia
View Rooms
History buffs will love Lynford Hall’s colourful past tinged with celebrity. It was built in Thetford Forest in the 1850s by Stephens Lyne-Stephens, then said to be Britain’s richest commoner. Lynford Hall has since hosted Ernest Hemingway and the Kennedy family. During World War II, it was used as a hospital for American troops, and later as a Forestry Commission college. Rooms range from family-friendly suites sleeping four, to the dog-friendly Courtyard rooms.
EVERYTHING YOU NEED TO KNOW 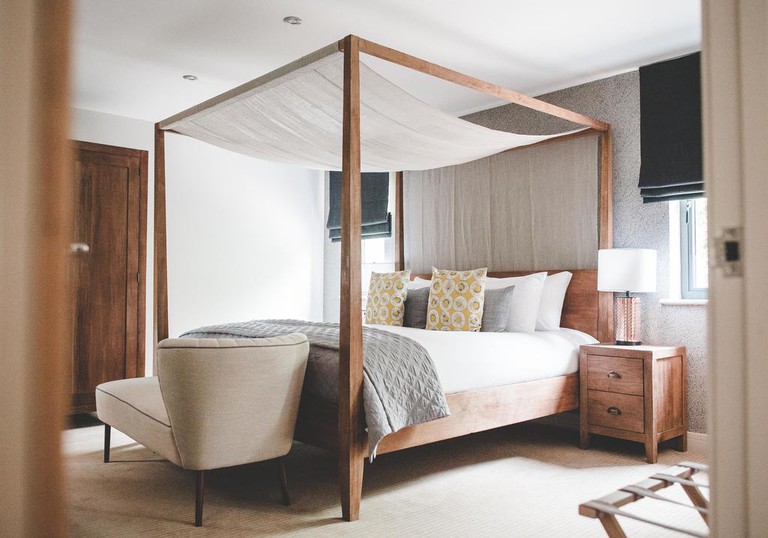 Courtesy of The Norfolk Mead Hotel / Expedia
View Rooms
One for boating lovers, the Norfolk Mead in Coltishall hires out its own open-topped six-seater yacht to guests. Add in a hamper packed with homemade quiche, sausage rolls and Norfolk cheese, and glide through the Broads in style. A tough call awaits back at the Mead. Do you swing by the spa for a Natural Spa Factory facial, wander through 8 acres (3ha) of gardens or warm up with a hot toddy next to the log fire? Later, head to the restaurant for dinner (and return to your room to find homemade chocolate brownies made by owner Anna).
EVERYTHING YOU NEED TO KNOW
Give us feedback