The Best British Desserts You Need To Try 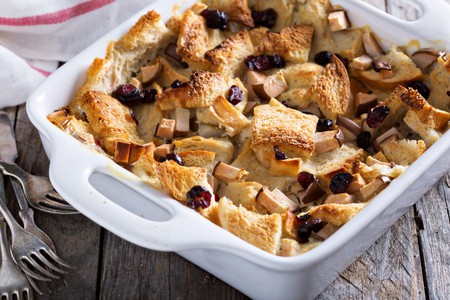 Ah, Britain. Home of tea, famous royals, fantastic sports and of course, some of the most hearty foods you’ll find around the globe. You’ll have heard of fish and chips and those yummy Yorkshire puddings, but what about traditional UK dessert? Brit and self-confessed sugar addict Kim Gregory talks us through the best.

Any Brit will tell you that as a child, you couldn’t go to Grandma’s without being fed a delicious dessert to “warm the cockles”. From Eton mess oozing with cream, to bread and butter pudding topped with steaming custard, British desserts always hit the spot. And with famous names like spotted dick and flies’ graveyard, who wouldn’t want to indulge? Stick on a Beatles album and let your Union Jack flag fly as you salivate over these best British desserts.

Got some stale bread heading for the bin? Hold up! Old-fashioned British dessert bread and butter pudding was invented to use up stale slices. It’s as delicious as it is economical – and we Brits love puddings and penny pinching in equal measure. The traditional pud is wobbly and moist in the middle, but crispy on top. It’s stuffed with juicy sultanas, flavoured with cinnamon and nutmeg, and often topped with vanilla custard. Yum! 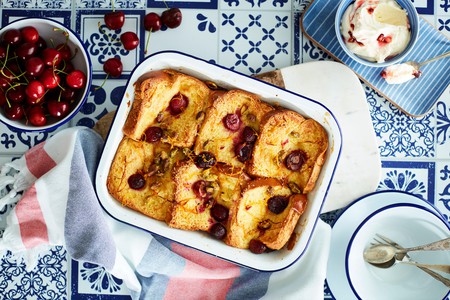 This old-fashioned British dessert is delicious, and can be made slightly more posh by adding a few cherries | © Cultura Creative (RF) / Alamy Stock Photo

Picture a quintessentially British village with cobbled bridges and chocolate box houses, and you’ve got Bakewell, where this tart originates. The shortcrust pastry delight houses layers of jam and frangipane (sweet almond-flavoured cream) topped with toasted almonds, or icing and a juicy glacé cherry. These tarts are super sweet and about as pretty as their geographical origins. Cliché or not, they’re perfect with a cup of tea. 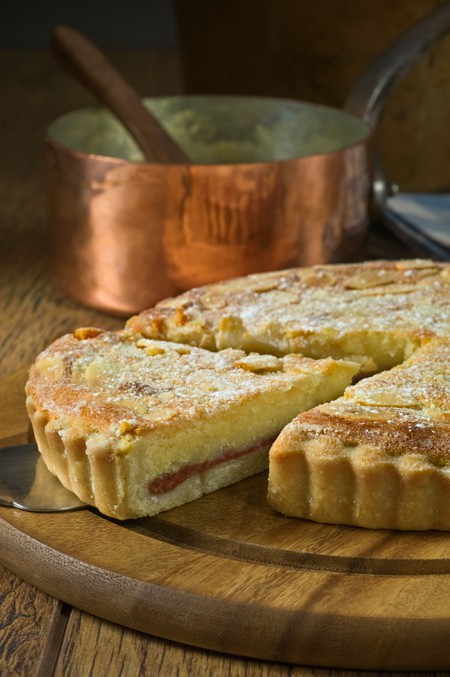 Bakewell tart is an institution, and originates from the market town of the same name | © Simon Reddy / Alamy Stock Photo

Originating from famous Eton College, attended by the likes of Prince William and Prime Minister Boris Johnson, Eton mess is a simple mixture of whipped cream, meringue and strawberries that blend beautifully. Eton College still serves it at an annual cricket match – which is just about the most English sentence ever written – but it’s best enjoyed at a sunny barbecue with a bottle of pinot and good friends. 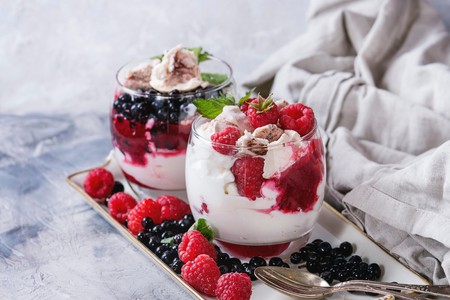 A staple of ’80s school dinners, Arctic Roll is essentially ice cream wrapped in cake with a layer of jam. Amazing, right? That’s why, in the 70s and 80s, 25 miles (40 kilometres) of Birds Eye Arctic Roll was sold every single month. It went out of fashion for a while, until the 2008 recession demanded more low-cost foods and it made a glorious return to British freezers everywhere. It’s easy to make at home too as, well, you just wrap ice-cream in cake and add jam. You’re welcome. 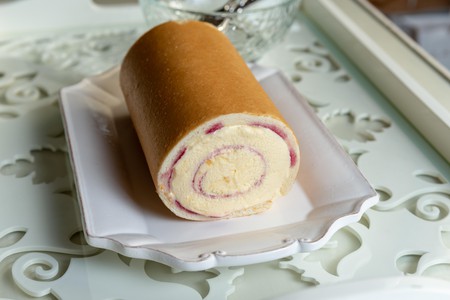 Yes, you read that right. This delicacy is pastry filled with currants or raisins, sometimes topped with icing. And yes, it’s called flies’ graveyard because the middle looks like dead flies. Ah, British humour. If the name makes you uncomfortable, don’t panic – you can call it flies’ cemetery or fly pie if you wish. It’s unexpectedly delicious, promise!

Forget the name, wait until you hear about the ingredients. The pudding is traditionally made using suet, which is fat from around the loins or kidneys of beef or mutton. Luckily, an alternative recipe allows you to replace this ingredient with other fats like butter or egg. Spotted dick is a dense, sweet sponge with dried fruit and it’s often served with custard – the perfect winter warmer! 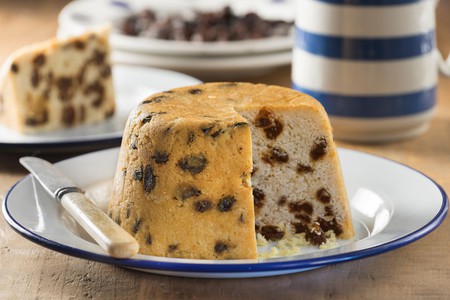 Crumble was born during World War II when British rationing meant pastry ingredients were hard to come by. It’s a layer of sweetened fruit – anything from tangy rhubarb to sweet strawberry – with a golden crunchy topping made from flour, butter and sugar. Add oats if you want it to go further, just like they did in the war days. It’s served piping hot with lashings of custard and really, there’s nothing better. Try it after a roast and you can declare yourself a certified Brit! 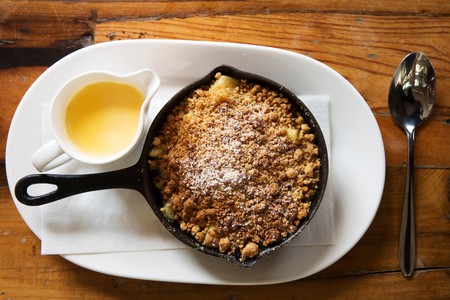