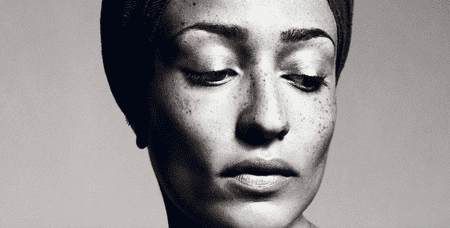 Zadie Smith, the novelist, short story writer and essayist from North-West London has had a début in the writing world that most can only dream of. Her first novel reaped such massive success setting a very high bar for herself and leaving her readers wanting more. Luckily all subsequent books have delivered. Featuring gripping stories about what it is truly like to live in Britain as an immigrant, Smith forces all to remove their rose tinted glasses. Here we list some of Smith’s best works.

Her most acclaimed novel, White Teeth, focuses on the lives of various multicultural families living in London. It is certainly not a happy-go-lucky type of novel and at times it offers a very tragic outlook on the struggles people from different background face in Britain in their everyday lives. Immigration is a theme which courses throughout Smith’s work, being something she can give a genuine insight on as a mixed-race woman. This is perhaps why White Teeth has been so successful: it has won numerous awards, including two EMMAs (BT Ethnic and Multicultural Media Award) for Best Novel and Best Female Newcomer. White Teeth does not beat around the bush – it is deep and eye-opening.

Following the accomplishments of White Teeth, Smith claimed to have had a writer’s block. However, she nonetheless released her second novel few years later –The Autograph Man. This novel is once again set in London; though this time, it follows a Jewish-Chinese man with a celebrity fetish who sells and collects autographs for a living. An absorbing story with a bizarre main character, Alex-Li’s obsessions peak as he meets a Russian-American film star. The quirkiest aspect about Smith’s novels is the extraordinary backgrounds her characters come from, and how they cope with the matter of their roots.

Another novel to concentrate on the multi-cultural family life is On Beauty. Set in America in a fictional town outside of Boston, it addresses inter-family relationships as well as those among other families. Competition between families is not a modern occurrence, but in Smith’s On Beauty we can see the different forms it takes on in our contemporary society. Simultaneously humorous and unflinching, Smith delivers a thought-provoking depiction of culture clash and black heritage.

Changing My Mind: Occasional Essays is very dissimilar from the works mentioned above. Smith writes about writing. Why, how, when, what and who inspire her. It offers a better understanding of who she is as a novelist as well as a person, as a character in herself. One of the more personal and intimate essays is about her father who has passed away in 2006 – this is the element of the book which distinguishes it from fiction, and presents the reader with reality.

Smith’s latest work is NW. An experimental tragicomedy, the style of writing is innovative and encapsulating. It has received incredibly positive reviews, because it evokes and portrays endless emotions that make us human. NW is real and at times angry, and rightly so. London is Smith’s home as well as her forte as a writer, and in this book she explores it as a space and as a character in and of itself. Zadie Smith delivers her novels in a way that the reader feels enriched at the end of every book, not only enriched by a story, but also by experience.