The Best Beer Festivals in the Midlands 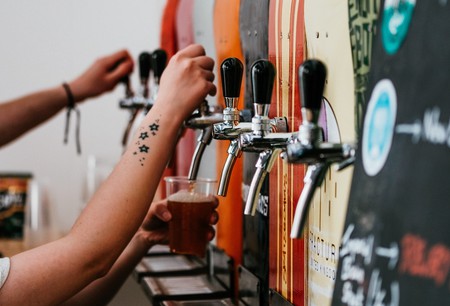 Perfect for when that pint of flat Carling down at your local is no longer doing it for you, these are the best beer festivals in the West Midlands, including events in Birmingham, Worcester and Stafford!

One of the region’s largest beer festivals can be found just outside of Birmingham, with its latest event being one of its most successful yet! Proudly boasting more than 200 different varieties, Bromsgrove Beer, Cider & Perry Festival is organised by the Campaign for Real Ale (CAMRA) and usually takes place across three days over the last weekend of June, armed with 140 real ales and 60 different flavours of cider and perry.

Now in its 11th year, Stafford Beer & Cider Festival takes place on the final weekend of July and offers one of the broadest ranges of drinks in the West Midlands. Ensuring that all are catered for, Stafford Beer & Cider Festival stocks a number of vegetarian- and vegan-friendly real ales alongside a varied selection of flavoured gins, including sloe, raspberry and rhubarb.

Proudly serving up thousands of different beverages to citizens of Worcester and further afield since 1999, Worcester Beer, Cider & Perry Festival is not just one of the region’s best but also one of the most established! Taking place mid-August at Worcester Racecourse, this festival offers more than 170 real ales, 100 draught ciders and perries, fruit and grape wines and fantastic live entertainment. It’s no surprise to see that beer tent packed out every year without fail! 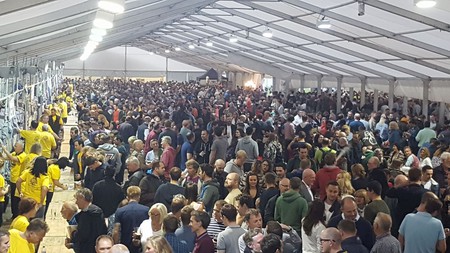 Situated at Lye Cricket Club, Black Country Beer Festival is a real community affair. An armoury of well over 120 ales, ciders and perries, as well as an all-new gin bar, wait for 2018 attendees, with all profits going towards maintaining and improving cricket facilities for the community. Entrance for the event, which usually takes place mid-August, is £10 and includes £5 of drinks vouchers, a souvenir glass and a programme.

Stourbridge Beer Festival is one of the Midlands’ premier real ale events, with visitors flocking from all over the region to the town on the final weekend of April each year. A more refined affair than some of its local counterparts, Stourbridge Beer Festival’s 2018 offering housed around 70 real ales, eight craft beers and 25 ciders and perries for beer lovers to enjoy. As ever, CAMRA members are welcome to an admission discount!

Beer on the Wye

Last but not least is Beer on the Wye – definitely one of our favourite beer festivals. Now in its 14th year, Beer on the Wye is a stalwart in the beer fest game and is proudly Herefordshire’s biggest. Situated on the banks of the River Rye, here you’ll find over 135 different types of beer, 150 different ciders and perries and a varied array of food stalls too. Perfect for a sunny summer Saturday, Beer on the Wye usually takes place on the first weekend of July. 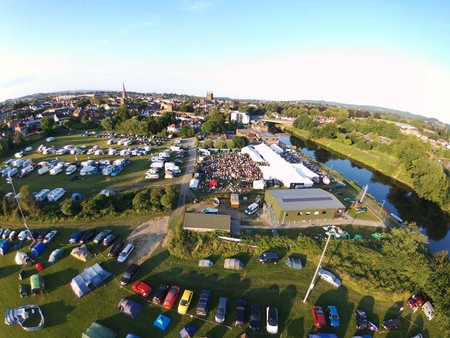