The 12 Most Beautifully Illustrated Children's Books 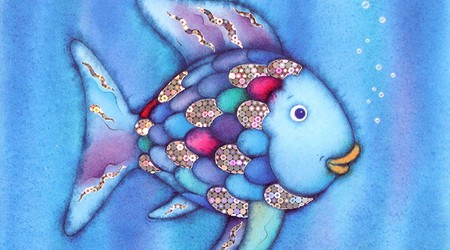 From Winnie-the-Pooh hanging on for dear life to a blue balloon while being chased by bees, to Max being crowned king of the Wild Things, the best illustrations in children’s books stay with us for life. Seeing them again instantly brings back potent memories of happy times being read to as a child. Here are 12 classic and new books, beloved by young children today. 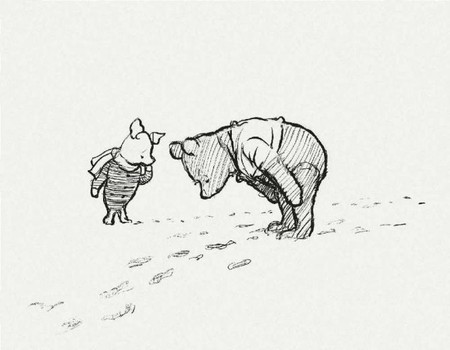 Although most might picture the Disney version oh Winnie-the-Pooh in bright red, the original illustrations for AA Milne’s beloved children’s book give a very different imagining of the bear with very little brain. EH Shepherd’s pen drawings create Pooh, Piglet and co. with a much more threadbare quality either uncoloured, or in a muted watercolour. To find these illustrations now is to see a beloved character completely differently, much closer to the original books. 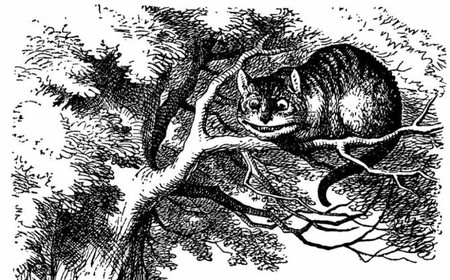 Perhaps the most famous set of illustrations ever produced, John Tenniel’s work for the original Alice’s Adventures of Wonderland still have the power to astound today. While artists and filmmakers as diverse as ‘Fear and Loathing in Las Vegas’ illustrator Ralph Steadman, Czech stop-motion animator Jan Švankmajer and Walt Disney have tackled Alice, Tenniel’s illustrations are still the first to come to mind when thinking of the world behind the Looking Glass. From Alice looking bemused into the eyes of a flamingo to the Rabbit in waistcoat and spectacles, all the Alices since have Tenniel to thank. 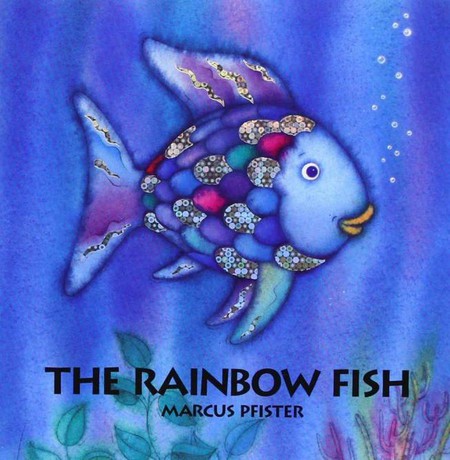 Marcus Pfister — The Rainbow Fish (illustrated by the author)

What, in other hands, could be simply a gimmick has in Marcus Pfister’s hands become a fond memory for almost two generations. The Rainbow Fish, with his shiny scales of foil inlaid into the book can elicit looks of genuine wonderment from pre-schoolers, but the illustrations are more than just their shiny surfaces. With watery colours bleeding into one another, Pfister really evokes the depths, making the fish’s foil scales really shine out from the page to teach children the value of embracing their idiosyncrasies.

‘Where the Wild Things Are’ illustration | © Harper & Row

Maurice Sendak — Where the Wild Things Are (illustrated by the author)

Despite being less than 400 words long, Where the Wild Things Are has spawned two cartoon versions, an opera, and a wonderful film directed by Spike Jonze. Most of this popularity (with nearly 20 million copies sold) must be attributed to its drawings. However, these illustrations could have been totally different, as the original concept was to have the protagonist find himself in a land of wild horses. But when Sendak had difficulty drawing horses, the Wild Things were born. In short, children everywhere have the fact that horses are incredibly difficult to draw to thank for an enduring masterpiece of illustration, regularly voted the best picture book in America. 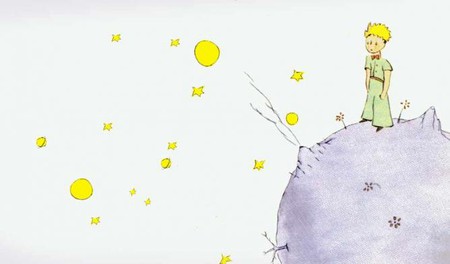 Antoine de Saint-Exupéry — The Little Prince (illustrated by the author)

The most read and third most translated work in the world, half of the novella’s charm comes from the simple line and watercolour drawings drawn The Little Prince’s author, Antoine de Saint-Exupéry. The image of the Little Prince standing on his tiny planet alone amongst suns and stars is one of the most famous in all of children’s literature, but all of the images are beautiful, simple, uncomplicated yet devastatingly effective, much like the book itself. 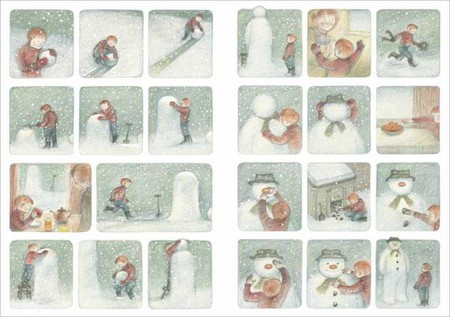 Raymond Briggs — The Snowman (illustrated by the author)

Though much of Briggs’ prolific work is worthy of praise, The Snowman is his highest achievement. A book without words, it relies solely on Briggs’ detailed pencil crayon drawings to tell a story of a boy, his snowman, and the flight they take across the city. The film made directly from the book is more famous (it is a staple of the Christmas TV schedules), but the same breathless feeling of walking in the air can be felt in the original drawings. 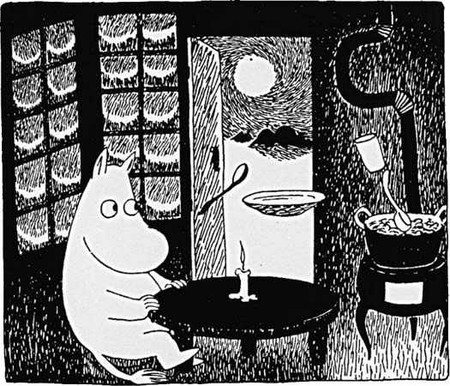 All of Jansson’s original Moomin books have the same style that has made them much loved in Scandinavia and beyond, but Moominland Midwinter is perhaps the crowning achievement. The wintery scenes use black and white in illustrations to the greatest effect, offering a sense of melancholy that is missed by most children, but which draws adults back to the books and their pictures later in life, still finding them as bewitching as anything the Witch of Moominland could dream up. 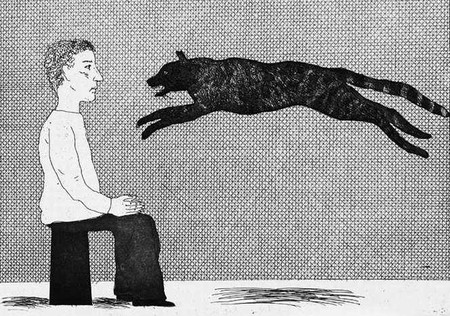 When Britain’s most beloved painter tackled the incomparable imagery of the Brothers Grimm in etching, perhaps Hockney’s greatest medium, the results were spectacular. Tackling six Grimm stories, from the well-known Rapunzel to the little-known Old Rinkrank, all of Hockney’s fascinations are present and correct, though with a Gothic, distinctly Teutonic spin. Water and movement feature in many of the illustrations, as do natural themes and portraits of witches and creatures that would not look out of place alongside his famous portraits of friends or lovers. 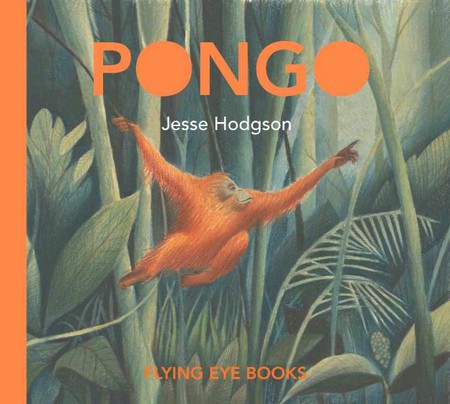 Though far less famous than most on this list, Pongo is destined to be an enduring classic of the future. The story of an orang-utan searching for the sun in a dense rainforest, Pongo’s illustrations perfectly evokes the jungle and its inhabitants, with some comparing it to the jungle paintings of Henri Rousseau. However, this is to undermine Hodgson’s unique illustration style, seen here in her debut book, which means exciting things are surely ahead.

Beatrix Potter — The Tale of Peter Rabbit (illustrated by the author)

A series that has enchanted millions since its first unveiling at the beginning of the 20th century, The Tale of Peter Rabbit is the first of 23 Beatrix Potter tales to feature her unmatchable illustrations. Although any of these could be chosen to highlight her work, the first is perhaps the most ingrained into the popular imagination. Peter Rabbit in his blue jacket eating carrots or escaping from a farmer’s trap are some of the defining images of Edwardian children’s literature alongside such figures as Peter Pan. 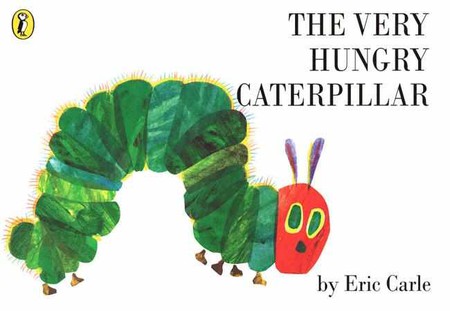 Eric Carle — The Very Hungry Caterpillar (illustrated by the author)

The Very Hungry Caterpillar is a classic picture book beloved of many children, and the adults who read it to them. Carle’s signature collage style is the perfect fit for the form, creating a character easily recognisable with its own personality, but one that children developing artistic skills can easily replicate with a few circles or some tissue paper. In its simplicity, in fact, it could almost be by Matisse or Patrick Heron, had the two been less inspired by sea shells and more by greedy insects and bringing generations of kids huge amounts of pleasure.

Browne’s 40 works have made him widely acclaimed, winning the Hans Christian Anderson award (the most prestigious in children’s book) and making him so far the only Children’s Laureate to mostly work in picture books. This success has come because simply no one makes books for young children quite like Anthony Browne. Gorilla is his most famous and recently saw its 30th anniversary. It still brings kids joy three decades later, with its story of a girl’s gorilla toy coming alive and taking her to the zoo seeing kids laugh out loud at Browne’s increasingly ludicrous scenarios.