The 10 Most Surprising Booker Prize Winners

The annual Man Booker Prize for Fiction — awarded to the best original novel published that year in the UK — has been running since 1969. The first winner was P.H. Newby for Something to Answer For. He took home £5000. Today, the winner is awarded ten times that amount. With the 2015 winner due to be announced on 13 October, here’s a run-down of some of the more controversial and surprising winners. 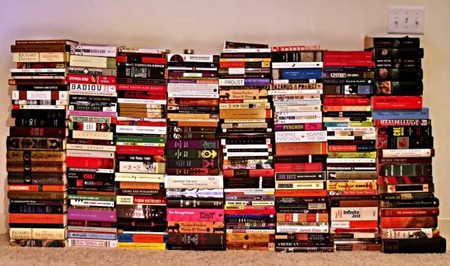 In 1979, the Booker judges were expected to choose one of two novels. It was thought that they’d either plump for Darkness Visible by William Golding or A Bend in the River by V.S. Naipaul. In the end, they choose neither, awarding the prize instead to Penelope Fitzgerald for her novel Offshore, a work only 140 pages long on the lives of middle-class houseboat dwellers moored at Battersea Reach in London. What had happened was the classic committee fudge and compromise. The judges were split between Naipaul and Golding, so everyone’s second choice got the award. Chair of the judges Asa Briggs ended up being pilloried by journalists who had already prepped their copy saying Naipaul was the winner for 1979. 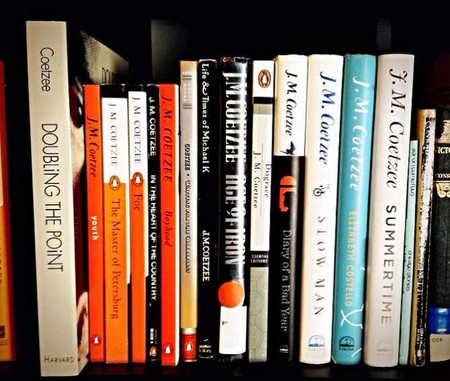 Coetzee was also a Booker winner in 1999 and shortlisted in 2009. He’s also a Nobel Prize winner for literature. So what makes his 1983 award so surprising? Life and Times of Michael K is set in apartheid-era South Africa and follows the journey of the eponymous Michael K from Cape Town to his mother’s rural birthplace through a civil war. But many critics found some of the writing clumsy and plodding. And it was preferred by the judges to what was then and still is a much higher-regarded work — Graham Swift’s Waterland, an acknowledged masterpiece of contemporary fiction and the winner of the Guardian Fiction Prize that year.

Hotel du Lac is the story of a female romantic novelist who ends up at a hotel on Lake Geneva after being sent away by her friends following a tryst with a married man. The novel follows her relations with the array of characters she finds at the hotel. Malcolm Bradbury called it a ‘parochial’ novel; the New Statesman derided it as ‘pretentious.’ Even Anita Brookner accepted it was a ‘quite nice but unimportant’ piece of work and almost apologised for her victory in 1984. The main problem was that it beat off Empire of the Sun by J.G. Ballard, a far superior work that was regarded as the rightful victor.

The Bone People beat off works by heavyweights including Peter Carey, Doris Lessing, and Iris Murdoch. It was Hulme’s first and, to this date, only novel. It’s about the clash between Maori and European cultures in her native New Zealand, told through the lives of three figures: a painter, a boy who cannot speak and a Maori. It took 12 years to write and nearly every publisher Hulme presented it to rejected the novel or proposed that major editing was needed. And when it was finally printed, the initial run was only 2,000 copies. And yet, it took the Booker, despite the New York Times calling The Bone People ‘unevenly written, often portentous and considerably overlong.’ Likewise, The Guardian described the work as ‘a morass of bad, barely comprehensible prose.’ 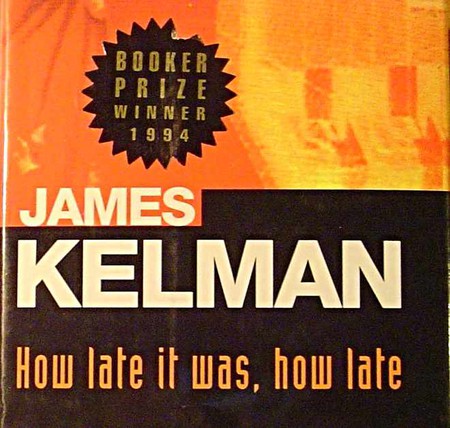 How late it was, how late | © Secker and Warburg/Tom Brandt/Flickr

James Kelman’s stream-of-consciousness story of Glaswegian low-life caused a huge stir when it took the Booker in 1994. Today, we can look back and see it as setting the template for many writers and having had a huge impact on Scottish fiction. But in 1994, the press didn’t care for the novel. Too much profanity — there are around 4000 uses of ‘fuck’ — and too opaque in its Glaswegian dialect. Kingsley Amis railed against the novel, and Simon Jenkins in The Times called it ‘literary vandalism’ by an ‘illiterate savage.’ One judge, Rabbi Julia Neuberger, called it ‘crap’ and threatened to resign if it won.

The God of Small Things by Arundhati Roy, 1997

The only novel of Indian writer Arundhati Roy, The God of Small Things follows the lives of a set of twins and the way their lives are affected by the mores of Indian society that limit those they are permitted to fall in love with. The Guardian called the 1997 contest for the Booker ‘profoundly depressing’ — much of the preliminary press coverage about Roy had focussed on her looks rather than the respective merits of the novel. Carmen Callil, the chair of the previous year’s Booker judges, called The God of Small Things an ‘execrable’ book that didn’t even deserve to be on the shortlist. 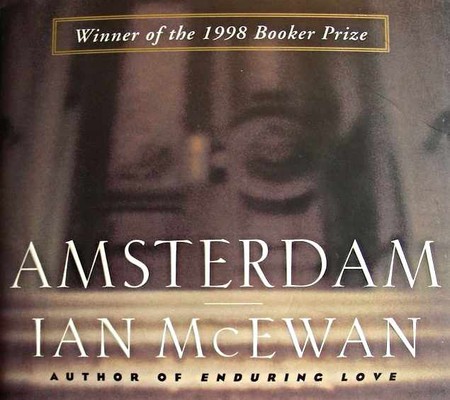 Ian McEwan was a Booker nominee in 1981, 1992, 2001 and 2007. But his only prize came in 1998 with Amsterdam, his novel on a euthanasia pact between a newspaper editor and a concert composer. What makes it a curious choice is that it’s widely acknowledged to be the worst of McEwan’s works. It’s even regarded by some to be the worst ever winner of the Booker Prize. The judging panel for 1998 featured such literary stalwarts as Nigella Lawson and Douglas Hurd. Amsterdam to many critics had too silly a plot, characters as deep as a puddle, overdone prose and not enough fun. It also beat off fancied works by Julian Barnes and Beryl Bainbridge.

Many critics lauded DBC Pierre on the publication of Vernon God Little as a fresh voice, witty, satirical and a writer of fizzing verbal energy and innovation. Many also called it vulgar, tedious and of little literary worth. A black comedy that follows the plight of a Texas teenager in the wake of a school shooting, Vernon God Little has since been made into stage plays and been followed up by several other well-received works by Pierre. What made his award in 2003 surprising was, in part, the fact that it was his first attempt at a novel and that it held off two arguably superior works that have since come to be regarded as modern classics: Monica Ali’s Brick Lane and Zoë Heller’s Notes on a Scandal.

John Banville has had a chequered relationship with the Booker. In 1981, he launched a very public attack on the choices of judging panels and their elitism. He was a nominee in 1989 but lost out to Kazuo Ishigoro. And when he won in 2005 with The Sea, it was described by Boyd Tonkin, literary editor of The Independent, as ‘possibly the most perverse decision in the history of the award.’ Many critics had panned the novel: the New York Times called it ‘chilly, desiccated and pompously written.’ And going into the award ceremony, it was a 7/1 outsider with only 3,700 copies having been sold. Nevertheless, Banville took the honours, this time holding off Ishiguro and his novel Never Let Me Go.

The White Tiger by Aravind Adiga, 2008

The White Tiger was Adiga’s debut novel, and its Booker win caused something of a stir in the publishing world in 2008. The favourites on the shortlist had been novels by Sebastian Barry, Linda Grant and Amitav Ghosh. And even before the shortlist was announced, works by Salman Rushdie, Michael Ondaatje and Joseph O’Neill’s Netherland were tipped as Booker winners for 2008. None even made it onto the shortlist. Instead, the judges chose the story of a village boy making his way from rural obscurity to riches and scandal in contemporary, globalising India, a work described by the New York Times as ‘monotonous,’ ‘simplistic’ and more of a polemic than a piece of literature.