The 10 Most Iconic Music Festivals In The World

Whether rock, pop, folk, jazz, or EDM is your cup of tea, one of these festivals is bound to resonate. We line up the world’s most iconic music festivals from bucket list-worthy events like the UK’s Glastonbury Festival to quite possibly the most legendary event in festival history – Woodstock, 1969.

Since first taking place in 1999, the Coachella Valley Music and Arts Festival has become one of the USA’s most popular events. Alongside attracting major acts such as Rage Against the Machine, Jay Z, and Kesha, Coachella is also known for its colossal contemporary art installations, which this year included Taiwan-born Jimenez Lai’s The Tower of Twelve Stories and artist duo The Date Farmers’ (Coachella Valley natives Carlos Ramirez and Armando Lerma) Sneaking into The Show. Over the past 17 years, the festival has produced some memorable moments, notably Daft Punk’s 2006 set, often hailed as one of the best in Coachella history, and in 2012 when Dr. Dre and Snoop Dogg were joined on stage by a hologram of late rapper Tupac Shakur. 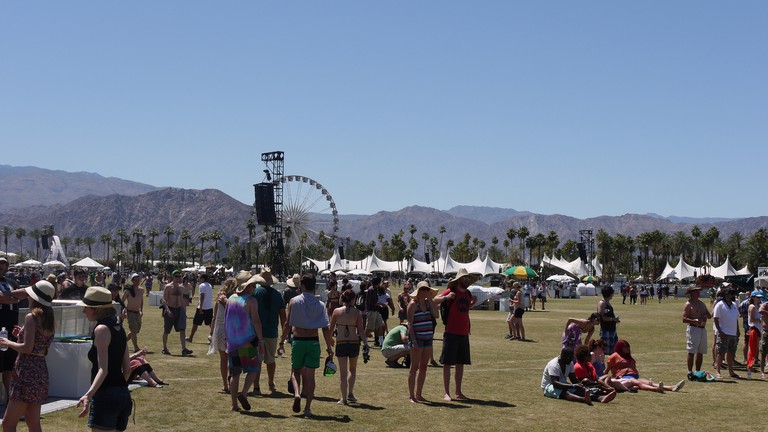 From its humble beginnings back in 1970 as a two-day gig costing just £1 to attend (including free milk from founder Michael Eavis’s Worthy Farm), Glastonbury Festival has grown to be one of the festival circuit’s most legendary events, with tickets often selling out within 30 minutes of their release. It’s come to be known as one of the most musically diverse festivals around, with performances from icons including Stevie Wonder, The Who, and the late, great David Bowie, to lesser-known acts just waiting to be discovered. It has also been the subject of a number of documentaries – firstly, Nicolas Roeg and Peter Neal’s Glastonbury Fayre in 1971 and most recently in Julien Temple’s 2006 film Glastonbury. 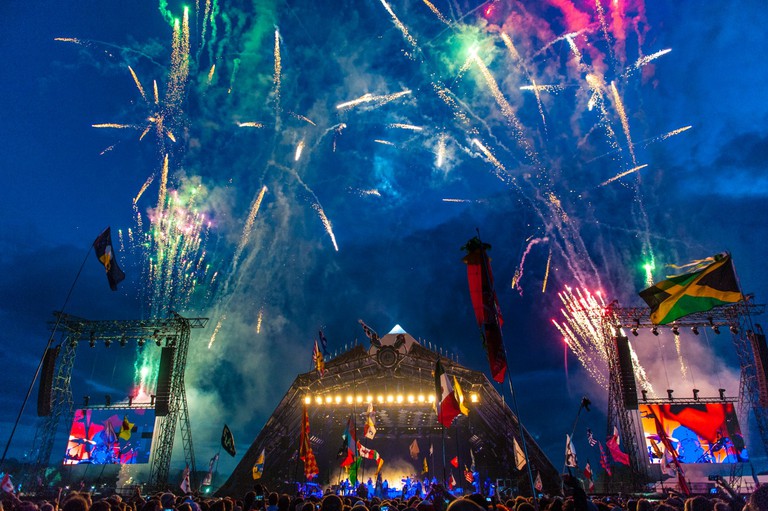 Denmark’s Roskilde Festival, held each year since 1971, is one of the world’s longest-running festivals, and today is an eight-day long (that’s four days of music preceded by a four-day warm-up party) musical extravaganza attracting over 100,000 attendants each year. Featuring around 175 music acts across eight stages, Roskilde Festival has welcomed big names like Bob Marley, Metallica, and The Rolling Stones over the course of its history. Socially conscious festival-goers can rest assured, Roskilde is 100 percent non-profit and donates all of its profits to charitable organizations like Amnesty International and the World Wildlife Fund (WWF). 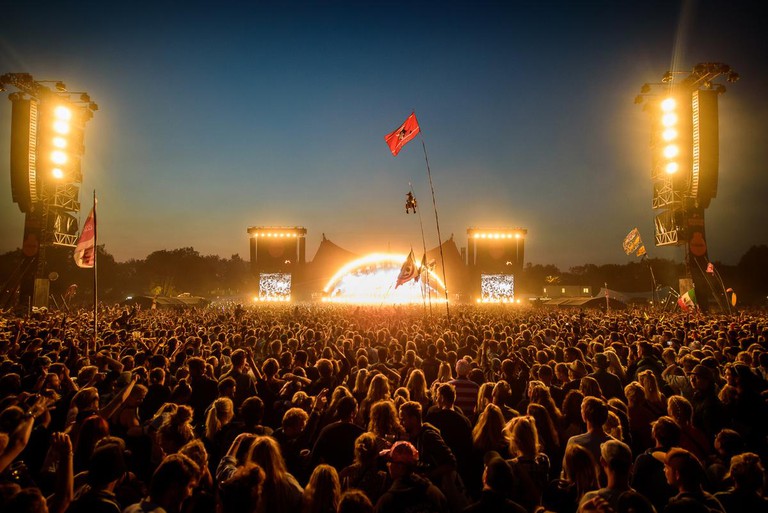 Founded in 1959 as a counterpart to the coastal Rhode Island city’s slightly older jazz festival, Newport Folk Festival ran until 1970 before taking a 15-year hiatus and coming back for good in the mid-1980s. During its early years, the festival is credited with introducing several then-rising stars of the folk scene to a wider audience including Joan Baez, Bob Dylan, and Jose Feliciano. In 1965, Newport Folk Festival made history as the locale of Dylan’s controversial choice to “go electric” – a decision which prompted a chorus of boos from folk purists amongst the festival crowd. 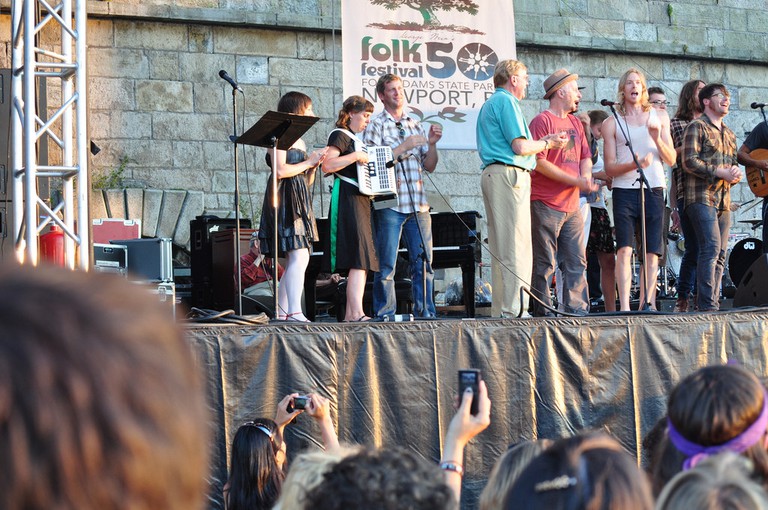 Now in its 47th year, festival PINKPOP – which takes place in the town of Landgraaf, just east of Maastricht – is the Netherlands most famous festival. PINKPOP 2008, featuring headliners Metallica, Rage Against the Machine, and Foo Fighters, was the most attended edition of the festival to date with 180,000 fans visiting the three-day event. And this year’s top-billed acts – Red Hot Chili Peppers, Rammstein, and Paul McCartney – are sure to attract music fans in droves. In case tickets sell out before you can grab one, there’s always the PINKPOP Expo – a permanent exhibition in neighboring Geleen, dedicated to the festival’s history, featuring artifacts like photos, band contracts, old wristbands, and even a cinema where visitors can enjoy PINKPOP live recordings. 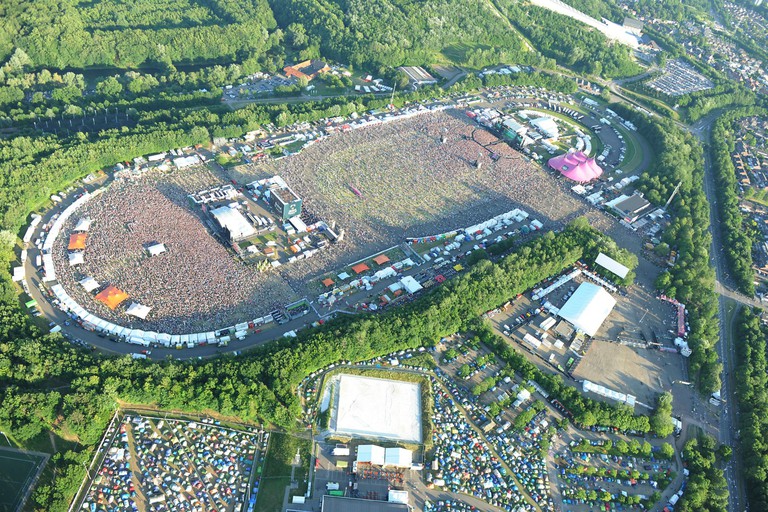 Debuted in 2005, Belgium’s Tomorrowland, despite its relatively young age, has quickly become one of the biggest and best EDM festivals in the world, attracting thousands of music lovers from all corners of the globe. Known for its legendary stage designs created around a new theme each year – like the most recent motif, “The Elixir of Life” – the festival spawned a spin-off, Tomorrowland Brasil, in 2015, held in the town of Itu outside São Paulo, and has been named the International Dance Music Awards Best Music Event every year since 2012. 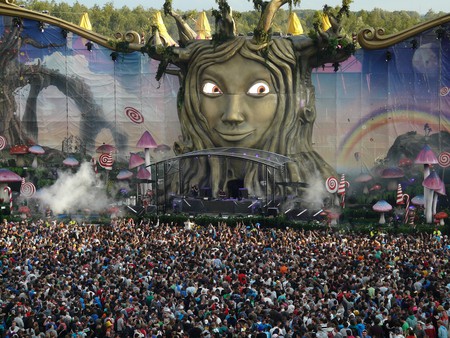 Held in Manchester, Tennessee each year since 2002, the four-day Bonnaroo Music and Arts Festival gets its name from the Creole slang for “good stuff,” and has been hailed by Rolling Stone as “the ultimate over-the-top summer festival.” A green-focused festival, Bonnaroo aims to be as environmentally conscious as possible by encouraging recycling and projects like Planet Roo – an on-site village featuring non-profit organizations teaching festival-goers about sustainability and global consciousness. Over the years, the festival has seen legendary sets from the likes of The Flaming Lips, Wu Tang Clan and The Beastie Boys (in their last performance as a trio before Adam Yauch’s death), and each year hosts SuperJam, a mash-up gig by various musical acts playing the festival. 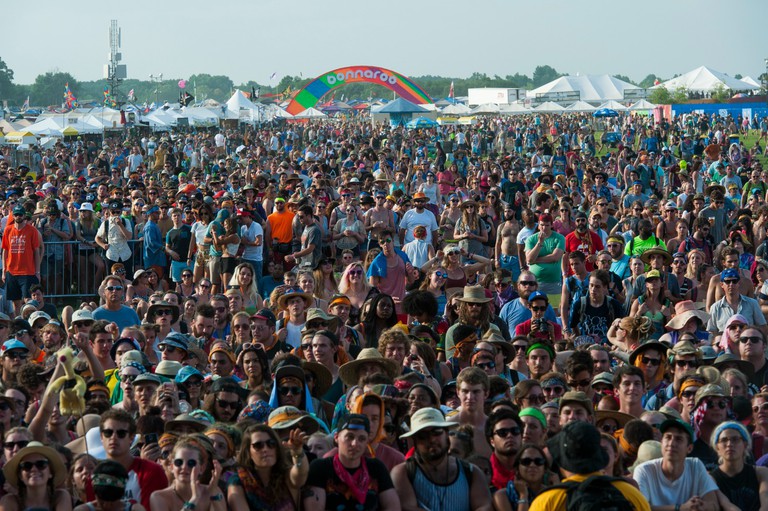 Named the world’s largest jazz festival by Guinness World Records after almost two million music lovers attended its 25th edition in 2004, the Montreal International Jazz Festival is a landmark event on the jazz circuit taking place over 10 days and featuring 3,000 artists from 30 countries across the globe. Iconic artists including Ella Fitzgerald, Miles Davis, and Herbie Hancock have graced its stages since the inaugural festival in 1980, and of its 1,000-plus concerts taking place on stages and in venues across downtown Montreal, two-thirds are free to attend. 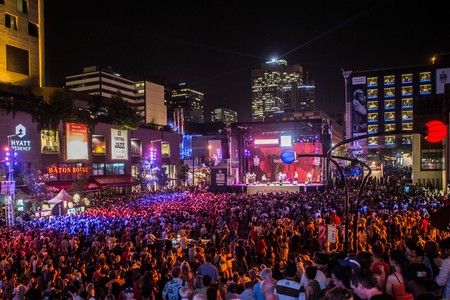 Twin festivals Reading and Leeds – Reading Festival was founded in 1971, Leeds Festival following in 1999 – are some of the biggest events on the UK’s rock and indie calendar, taking place simultaneously over the August bank holiday weekend. Beyond the main stage – which has hosted iconic sets from bands like Nirvana’s unforgettable performance in 1992, featuring Kurt Cobain clad in a hospital gown pushed on stage in a wheelchair – Reading and Leeds has seven other stages including the Lock Up Stage, featuring punk and hardcore bands, and the BBC Radio 1 Dance Stage. 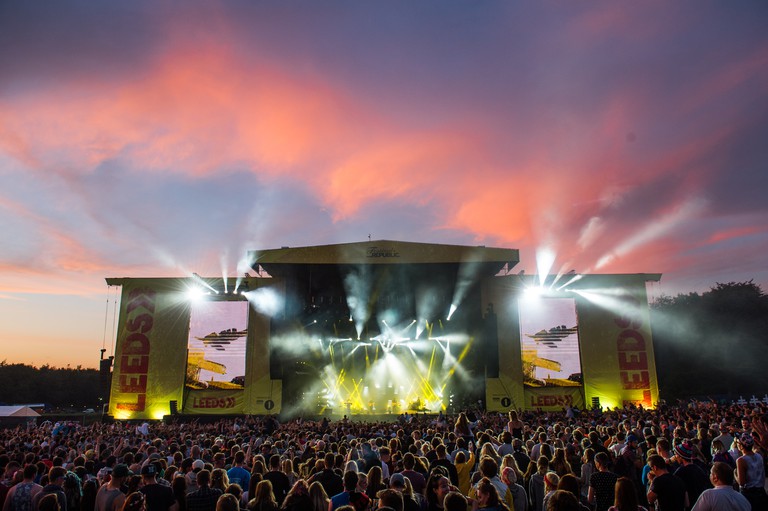 Not only is Woodstock the most iconic event in festival history, the four-day fest attended by over half a million that took over Max Yasgur’s upstate New York dairy farm in 1969 is also one of pop culture’s most definitive moments. Captured in director Michael Wadleigh’s aptly titled and Oscar-winning documentary Woodstock, the festival featured sets from counterculture icons like Janis Joplin, Creedence Clearwater Revival, and The Incredible String Band. But it was Jimi Hendrix who gave the most memorable performance with his discordant rendition of The Star Spangled Banner. Though technically a one-off, the festival has spawned a number of “revivals” over the years, none recapturing the glory of the first rendition. 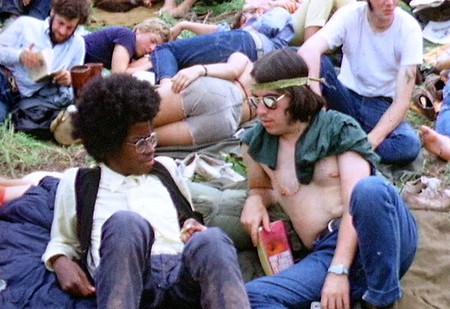 Woodstock Festival 1969 | © Flominator/WikiCommons
Give us feedback