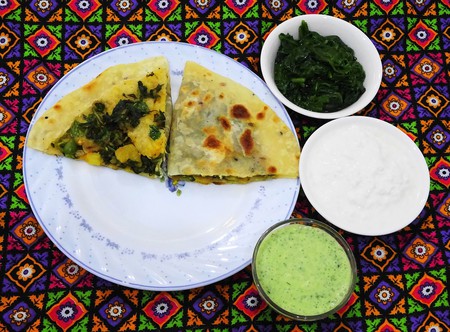 The three-day celebration of Eid al-Fitr – otherwise known as Sweet Eid – unites Muslims around the globe as they observe the end of the sunup to sundown period of fasting known as Ramadan. Food is a staple of the Eid celebration, as families and friends come together to enjoy an elaborate and exquisitely prepared feast in each other’s company. Here is just a selection of the best Eid al-Fitr foods and dishes from around the world, sweet or otherwise.

Morocco kicks the day off with a breakfast of laasida, a dish that looks similar to rice pudding but consists of couscous, butter, honey and seasoning. Simple, yet sweet (which may explain why Eid is so often known as Sweet Eid), laasida may start the day, but a traditional tagine often finishes it. Popular throughout all of North Africa at this time of year, tagines most commonly use chicken, although, for Eid, it’s not unusual to see mutton-meat tagines with dried fruits instead. 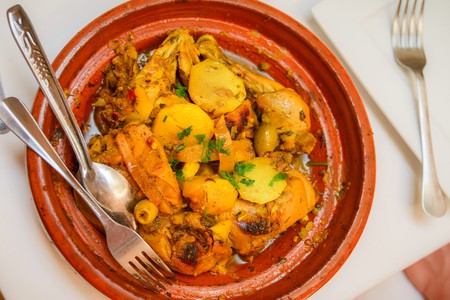 For Eid al-Fitr, in countries such as India, Pakistan and Bangladesh, it’s typical to indulge in a creamy dish known as sheer khurma (or korma/kurma). The milky dish – made of toasted vermicelli-esque noodles, known as seviyan (or sevaiyan) – is sometimes topped with almonds or includes dried dates. This sweet offering is sometimes known as shemai and is considered one of the most popular and auspicious Eid dishes. 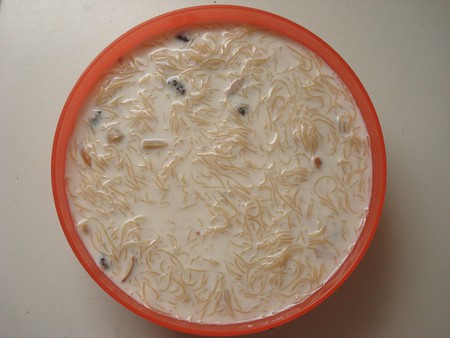 Influenced by the country’s history of Dutch colonisation, Indonesia often tucks into a particularly delicious sounding thousand layered spice cake to celebrate the end of Ramadan. Known as lapis legit, it is also a dish that remains popular in the Netherlands (albeit under the name of spekkoek) and is perhaps one of the most time-consuming Eid dishes; each layer is made from poured and broiled batter, before being assembled into the finished product. 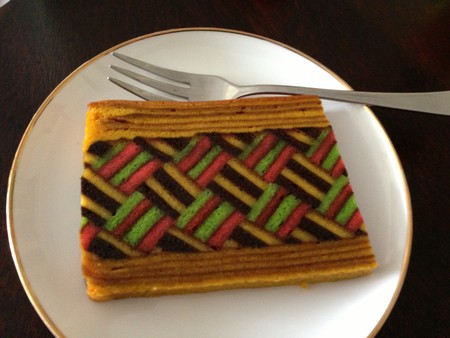 Eid in Afghanistan is a primarily child-oriented celebration, which involves many special festivities specifically designed for the youngest members of the household. However, the food remains a family affair, and one of the most traditional Afghan dishes at this time of year is bolani, a flatbread stuffed with either leafy greens, such as spinach, potatoes, pumpkin or lentils. As one of the few savoury dishes enjoyed for Eid, the bolani definitely merits a spot on this list.

We’ve called them butter cookies, but that’s really their closest English-language equivalent. A favourite in Palestine, Syria and Lebanon, countries where Eid continues to be observed despite horrific levels of violence, the Palestinians know them as graybeh and include either pine nuts or almonds in the recipe, while in Syria and Lebanon, they are called mamoul and typically feature walnuts or dates. Iraq knows them as klaicha, while Egypt is also partial to a similar cookie, called kahk, this time filled with a honey-based stuffing. 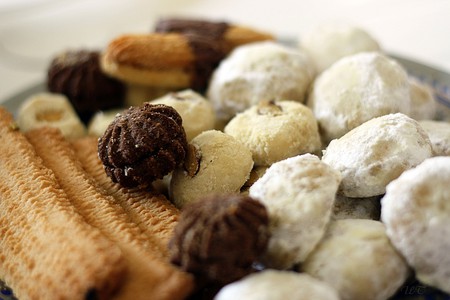 In the UK, one of the most popular Eid dishes is easily a classic biryani, which brings together meat and rice in a highly flavourful, heavily spiced dish. While chicken is typical, it’s not uncommon to see a whole spectrum of meats used for the Eid biryani, from mutton and lamb to goat, although fish is a lesser spotted protein of choice. Served with raita (cucumber, mint and yoghurt dip), salad and pickles on the side, it’s easy to see why this is a year-round favourite in the UK too. 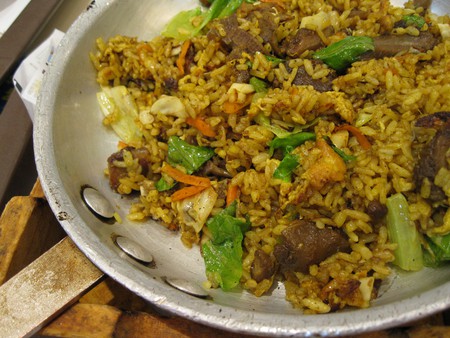 Biryani is popular in the UK | © Andrea Lai/Flickr

While Eid al-Fitr is actually known as Hari Raya in Malaysia, there are still plenty of traditional dishes associated with the celebration, the most notable of which is the spicy coconut curry known as rendang. While beef may not be popular for the UK biryani dish, it’s the main ingredient in Malaysia’s popular Eid dish, also enjoyed in Indonesia (the country from which it originated) and the rest of the Malay diaspora, which includes Singapore, Brunei, parts of the Philippines and, of course, Malaysia. 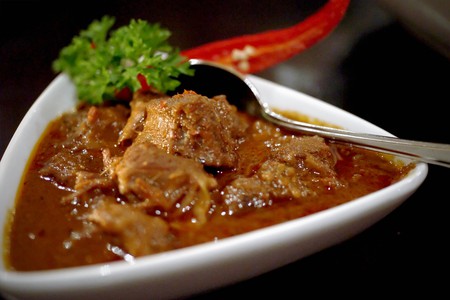 Many people forget that China, despite a heavily Christian population, is also one of the many countries around the globe that observes the end of Ramadan and the start of Eid. In fact, this festivity is often marked by making visits to the elderly before returning home to eat you xiang. Often served with soup or rice, this is a simple fried, flour-based snack that translates as the rather unappealing ‘oil fragrance’, and many rituals surround its preparation and consumption. 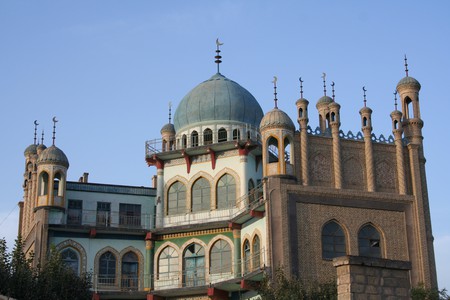 Russia is another country that marks Eid al-Fitr with some suitably delicious dishes, and while Russian cuisine as a whole doesn’t exactly have the best reputation, this is one offering you’ll want to try. Known as manti, which are basically stuffed dumplings, they contain either seasoned lamb or beef, and these savoury bites often form the base of the Eid feast in Russia. However, the recipes can vary from region to region, so you might never find two that taste the same. 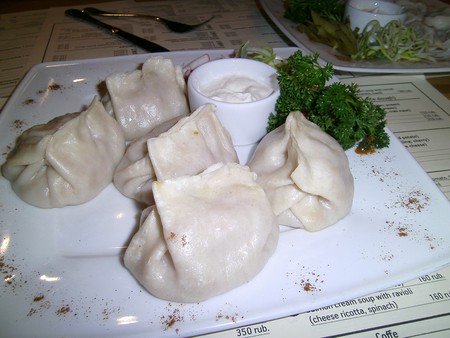 Sometimes known as aseed, as well as aseeda, this Yemeni jelly dessert, which doesn’t look dissimilar to a Mexican flan, is also enjoyed in Saudi Arabia, Sudan and Libya. Aseeda, made primarily from wheat and honey, is regularly savoured in and amongst the traditional Sudanese Eid festivities, which include paying house calls and accepting sweets from their neighbours, and is typically served boiling hot and eaten fast! Bint Alsahan is also popular in Yemen.