Streets to the Stars: UK Grime Enters the US Market 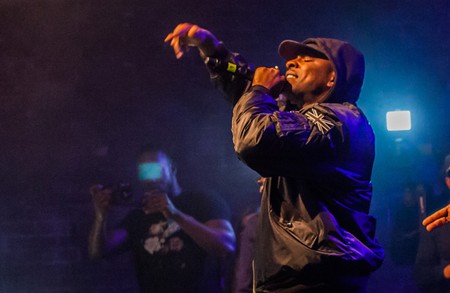 Big Macs, Breaking Bad… Bieber. American culture is everywhere in Britain, pretty much around every corner. But is this the case across the pond? Apart from the US reality TV show, The Royals, and a couple of releases from Adele and Ed Sheeran, British exports haven’t made the same impact. However, can grime finally break through following the rise of social media?

Skepta, the undisputed ‘King of Grime’ and recent winner of the Mercury Prize, has always sworn to make the genre successful in the States. So finally, after countless years of underground production for grime collective Boy Better Know (BBK), his fifth and most successful album, Konnichiwa, has gained recognition by the American press with help from a number of hip-hop heavyweights. However, this isn’t the first time a grime artist has enjoyed success in the US. 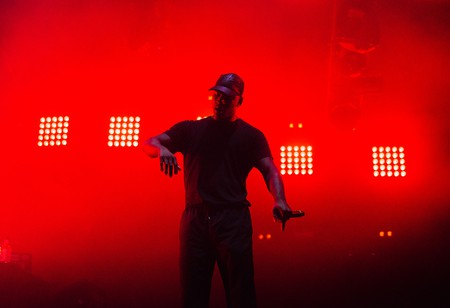 Thirteen years prior to the release of Konnichiwa, Dizzee Rascal received global acclaim by dropping Boy in da Corner, and was awarded the Mercury Prize in the process. This catapulted the 19-year-old London-based MC to unforeseen heights, culminating in a number of US tours in 2005. In the same year Def Jam, the hip-hop outfit comparable to BBK, signed Lady Sovereign to their label, and Roll Deep also played a host of American shows. The future was bright for grime, but confusion over the British accent and an association with violence in the press weakened its US potential.

For 10 years grime remained in the London ‘underground’ as hip-hop dominated global charts. A decade is a long time in music, however, and grime has matured into a genre more associated with dance music. Hip-hop has followed a similar path, as there is greater emphasis on electronically produced instrumentals and this ‘new’ genre is called trap music. Artists like Kanye West have spearheaded this electronic convergence and the two genres, hip-hop and grime, are more alike than ever before.

Yeezy’s 2015 Brits extravaganza arguably ignited the relationship between UK and US rap music, as a large proportion of the grime community joined Kanye onstage to perform ‘All Day’. Despite criticisms from mass media outlets, social media exploded as users from around the world commented on the coming together of hip-hop and grime, fueling the hype through retweets and shares. For the first time, American rappers are flying to Britain in search of fresh talent, rather than it being the other way round as was the case for the past decade.

Since the Brits, Drake has frequently performed on stage with Skepta at festivals held on both sides of the pond, and the pair formed an official alliancein February 2016 when Drake signed with BBK. In the same month they also joined rap group Section Boyz onstage for an intimate gig in London. Like Drake’s continual support, social media has been vital in grime’s success overseas.

I Prayed with @Drake before the show and thats all i have to say….big up Drizzy… 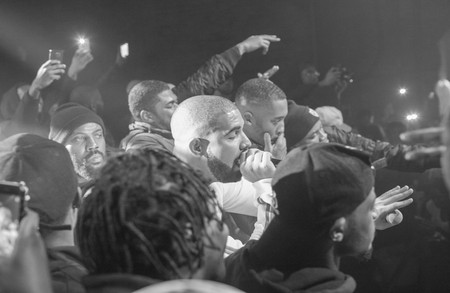 The ability to search, share and stream music online has inherently extended grime’s fanbase, as videos filmed on a low budget can now reach millions of users online. Individuals like Jamal Edwards, creator of SBTV, have helped make this happen but the whole grime community has collectively helped the genre grow through mediums such as pirate radio stations to organised rap battles.

Like Skepta, Jamal Edwards assures that the future of grime relies on its ability to be popular in the States. Therefore, in the past couple of years Edwards has worked tirelessly in the UK and US, resulting in SBTV hosting a stage at the 2016 SXSW festival in Austin, Texas. This was the first time grime was present at the festival and 2017’s line-up includes grime newcomer AJ Tracey.

Section Boyz were particularly impressive at SXSW, and have since made inroads into the US music market, recently collaborating with Chris Brown. The growth of Section Boyz is proof that grime can be popular in the States as the instrumentals of trap are very similar to the 140BPM grime beats.

The convergence of trap and grime combined with the recognition of Drake and individual efforts of Skepta and Jamal Edwards has taken grime from the streets and placed it firmly on the global map, taking it a step closer to conquering the US market.