We speak to the director of Pacific Rim: Uprising and find out the attraction of filming spectacular battles between monsters and Jaegers. 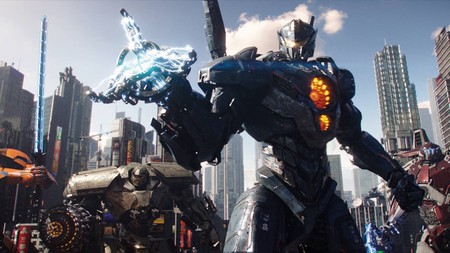 The original Pacific Rim (2013) certainly has its fans, what’s not to like about huge human-operated robots fighting alien monsters, after all? But it wasn’t perfect, even if it was delivered by recent Oscar-winner Guillermo del Toro.

We caught up with Steven S. DeKnight about his follow-up movie which picks up the story a few years after the events of the first film. John Boyega stars as the son of Idris Elba’s character from the original, and the British actor is joined by an international cast for Uprising.

DeKnight is best known for his work on the small screen, with credits including Smallville and Netflix’s adaptation of Daredevil, so we wanted to know what his fascination was with this material and why it was the project the director chose to make as his cinematic debut.

We also spoke about the locations and in particular how the production went about recreating a futuristic Tokyo in South Korea.

Pacific Rim Uprising is out in cinemas on Friday March 23rd.