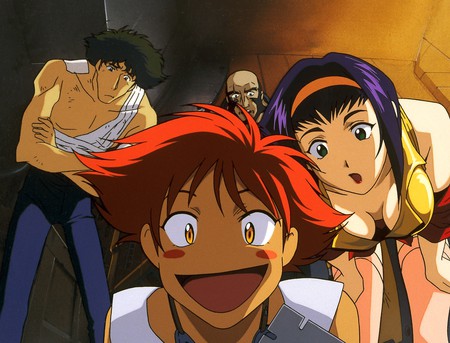 On April 3rd, 1998, anime fans in Japan sat down to watch something they’d never seen before: a brand-new TV show with the oddest name, Cowboy Bebop.

It opened in what looked like a city in Europe with an anonymous man in a trench coat stubbing out his cigarette before walking slowly, through pouring rain, straight into a violent gun battle in a church. The scene cuts back and forth quickly, like gunshots, between bursts of action and a static shot of a red rose in a puddle. The soundtrack to all of this is a child’s music box, tinkling away while men fall dead to the ground. It seems less like the traditional start of a Japanese anime and more like something you’d see in a Martin Scorsese film. The scene then cuts to black, and the opening credits begin. Anime would never be the same again.

Cowboy Bebop was an artistic high water mark for Japanese animation. It was the product of what was arguably the Golden Age for the medium (this was the era that gave us Evangelion and Perfect Blue, among others). It was one of the shows that helped break down the constraints for syndicated anime in the West, thanks to Adult Swim broadcasting in 2001. It took the established rulebook for what anime was supposed to look and sound like and flung it over its shoulder with a smirk. For a time, it made its creator, Shinichirō Watanabe, the coolest man alive. Most important than any of the above, it was enormous fun. 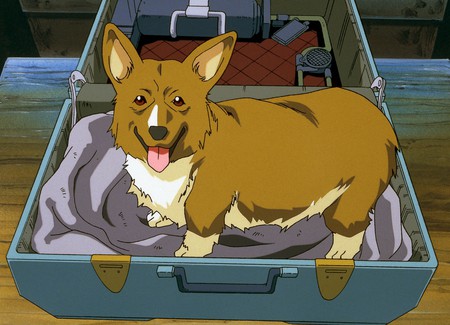 The show is set in the year 2071 when humanity has managed to colonise most of the solar system. Policing such an expanse becomes impossible for the Inter Solar System Police Force, who contract out work to intergalactic bounty hunters, also known as ‘cowboys’. The world of Cowboy Bebop was a vast, multicultural universe that offered everything from planet-sized casinos to dusty Wild West shanty towns. Such ambitious world-building was one of many things that made the show work, and what made it a huge success. Creators no longer had to be shackled to established tropes (high schools, feudal-era samurai, giant robots, Mad Max-style wastelands) to make a show a critical or commercial success.

Watanabe’s genius was influenced by a heady brew of Western culture, including American jazz and US science fiction. He then reassembled these ideas in such a way as to make something that felt utterly new. It was anime’s first ever Space Western, a concept that no-one else would even touch until Joss Whedon came along with the much-loved Firefly in 2002. 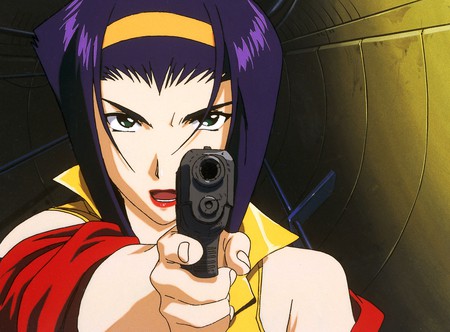 Stylistically, the show was unafraid to mix-up genres. It combined sci-fi, comedy and action so flawlessly that it made Watanabe’s contemporaries look like ham-fisted amateurs. Music was a vital tool for Watanabe in helping to build the feel of the show. Each of its 26 episodes worked either in isolation or as part of a greater whole, like tracks on a record. So it made sense that the show also had a soundtrack to die for, composed entirely from the ground up thanks to genius composer Yoko Kanno, who created an unforgettable and timeless mix of jazz, blues, rock and pop.

Here’s Kanno and her band, The Seatbelts, putting on a barn-storming rendition of the show’s unforgettable opening theme at a concert in Tokyo in 2001.

Another key factor in Cowboy Bebop’s success was its characters: charming-but-secretive Spike Siegel; ballsy-but-practical, femme fatale Faye Valentine; the tough, big-hearted Jet Black; and the eccentric, gender-fluid Edward Wong. And of course, we can’t forget the adorable mascot and all-round super genius Ein, a pure-bred Welsh Corgi. Each character defied archetypes that had dominated anime up until that point. Encompassing all of the above was a fresh, clean visual style and incredible designs that brought a whole universe to life in a burst of colour.

The series would eventually spin-off into a feature length movie, manga and video game before Watanabe would follow it up with the similarly chimeric Samurai Champloo, and years later, Space Dandy. However, he has yet to produce anything that tops the splendour of his masterpiece.

Watching the show 20 years after its debut, it probably comes as no surprise that Cowboy Bebop still holds up. It still looks and sounds like nothing else. The action scenes are still brilliant, the music is still superb and the show will always be laugh-out-loud funny. Unsurprisingly, a live-action version has been in the works for some time. Afters years spent in development hell, production is finally moving forward. If you’re curious, or if you fancy revisiting its genius, it can currently be watched on Netflix.