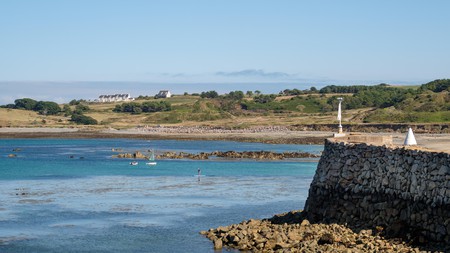 Alderney is a bit tricky to reach, but that means you can enjoy uncrowded beaches when you get here | © Paul Mariess / Alamy Stock Photo

There’s nothing quite like the sound of gentle waves lapping on the shore – it’s one of the many reasons that island holidays are so popular. And if you’re in the UK, there are a surprising number of beautiful islands to visit. Here’s our pick of the best to visit – some more remote than others.

If we’re going to get technical, and to head off any smarty-pants commentators, we know full well that Great Britain is itself an island. But the following places, some of which are within easy reach of the mainland, all make great destinations – especially for Brits who don’t feel like travelling too far this summer.

The Isle of Wight has been a popular family destination for years, especially among those living in the south of England. It’s easy to access, with regular ferry connections and a year-round commercial hovercraft service. Chalk cliffs, award-winning beaches and dinosaur fossil-hunting opportunities all make the Isle of Wight a place many visitors remember with fondness. There’s a variety of accommodation options, including luxury spa hotels and campsites, but you’re only a few miles from the mainland here, so you could always just come for the day. 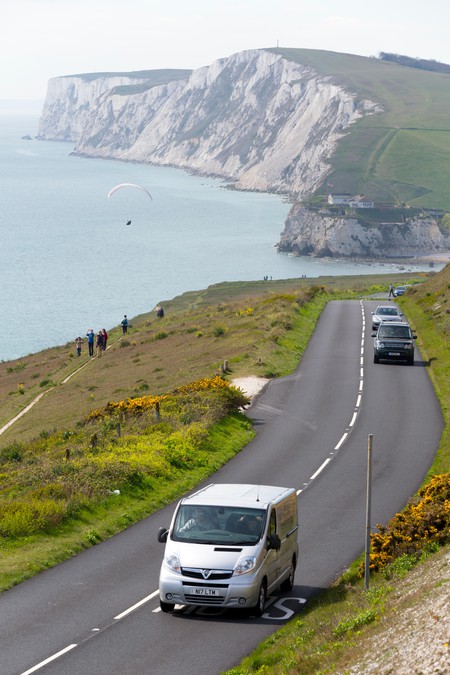 Compton Bay on the Isle of Wight, is where dinosaur fossils can be found | © Patrick Eden / Alamy Stock Photo

Mainland, also known as Mainland Orkney, is a proper island, even though its name is confusing. It’s part of the Orkney Isles, which start 10mi (16km) off the north coast of Scotland, an archipelago that comprises 70 islands and skerries, all steeped in history. So many are worth exploring it’s hard to choose, so your best bet is to start at Mainland and work outwards. Skara Brae, a prehistoric village on Mainland Orkney, is one of many places where you’ll find Neolithic relics scattered across the ground; some of the standing stones on Orkney were the inspiration behind the hit TV series Outlander. 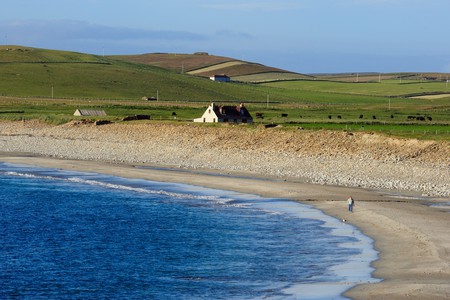 The Bay of Skaill at Skara Brae, a prehistoric village on Mainland Orkney where ancient stone artefacts have been found | © Hemis / Alamy Stock Photo

Alderney is part of the Channel Islands, just off the coast of France, but it doesn’t get the attention heaped on its bigger neighbours, Jersey and Guernsey – partly because it’s more inaccessible. You can either connect with a flight from Guernsey or catch a ferry here from Cherbourg on the French mainland. The island is a great spot for sailing, fishing, hiking and nature spotting, plus it has several gorgeous sandy beaches that are empty of tourists. There’s also a functioning lighthouse worth a visit, complete with foghorn accompaniment. 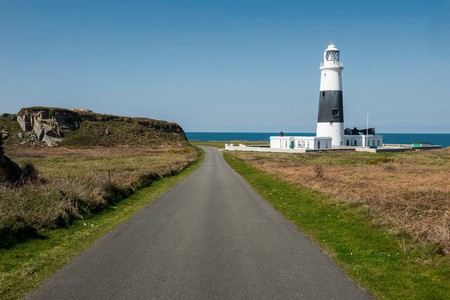 The Inner Hebrides is made up of 35 inhabited islands – and 44 without a living soul – off the west coast of Scotland, the best known of which are Skye and Mull. But for peace and quiet, head to Jura, where humans are outnumbered by red deer and other wildlife, although there are a dozen or so whisky distilleries to sample. This is still Scotland after all! The inspiring scenery and seclusion of Jura helped George Orwell complete his seminal novel Nineteen Eighty-Four (1949), with an imposing trio of mountains – known as the Paps of Jura – dominating the skyline. Craighouse, the main settlement, is where you’ll find the Jura hotel and the island’s only pub. 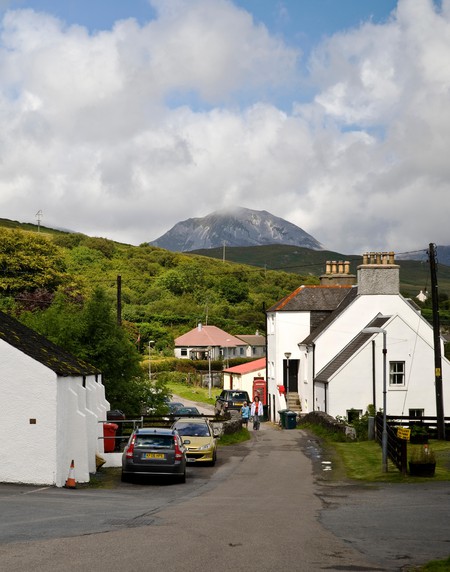 Also part of Scotland’s Inner Hebrides is the Isle of Rum. This haven for hikers has thoughtfully provided potential visitors with a list of things to consider before stepping foot on the island while social distancing measures are in place. Kinloch Castle is a great place to aim for if you do make it here and while you look up to find the Edwardian building, keep an eye out for the rare birds that also flock here. To get here you can take the ferry from Mallaig, on the Scottish mainland, to Loch Scresort on on the east coast of Rum. 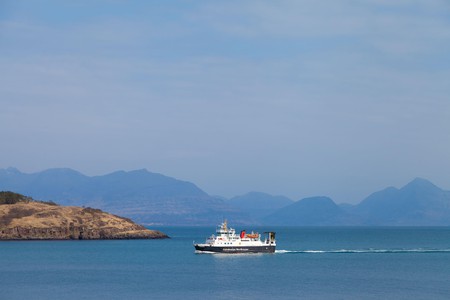 The ferry arrives at Loch Scresort on the Isle of Rum from Mallaig, on the mainland | © Richard Newton / Alamy Stock Photo

If you’re really looking to get away from it all, Foula, one of the Shetland islands, is about as remote as you can get. It’s certainly a lengthy trip, as Foula is closer to Norway than it is to mainland Scotland. If you come by ferry it’s 12hrs from Aberdeen to Lerwick, on Mainland Shetland, then another 2hr ferry to Foula from the west coast.

This tiny island, only 3mi (5km) long, has dramatic cliffs that plunge into the sea, and with a population of just 30, it is home to more seabirds than people. There are many bird species to see here, including puffins, which hints to its Viking origins as foula means bird island in Old Norse. In 1937, film producers clearly found the right location for their movie The End of the World, which tells the story of a community falling apart in extreme conditions. 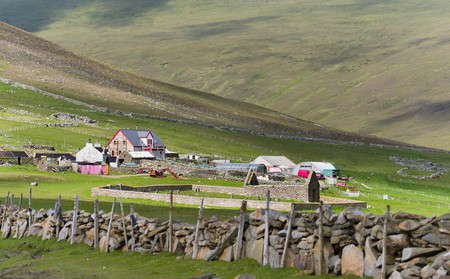 Foula, one of the Shetland Islands, is one of the most remote permanently inhabited islands in the UK, with a population of just 30 people | © Danita Delimont / Alamy Stock Photo

This long strip of land, in the middle of the Bristol Channel, has a bizarre history. Since the Middle Ages it has seen a number of self-proclaimed rulers lay claim to ownership. The site of a failed German invasion during World War II, it was donated to the National Trust by a millionaire who bought it in 1969.

There are no hotels here, but you can stay in an unusual Landmark Trust self-catering property, including a lighthouse, a fisherman’s chalet, the old school and a pigsty, with a general store where you can get provisions. In summer, Lundy is easily reached by ferry from the mainland, but in winter you can only get here by helicopter. Those feeling brave enough can also kayak to the island, but forget driving. Not only do the ferries not carry motor vehicles, there are no roads on Lundy anyway! 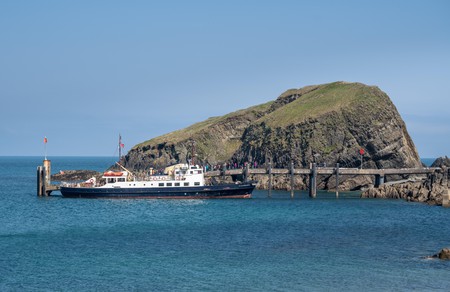 Tourists land from MS Oldenburg on Lundy Island, in the Bristol Channel | © Backyard Productions / Alamy Stock Photo
Give us feedback