Read 'It's Football, Not Soccer', a New Book on the Game's Great Divide 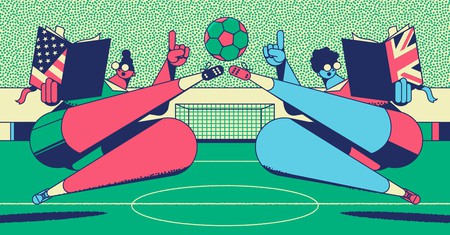 An extract from It’s Football, Not Soccer, Stefan Szymanski and Silke-Maria Weineck’s witty assessment of how language, social media, economics and plenty more have influenced the greatest schism in football: its name.

[dropcap]T[/dropcap]hose who insist that it is football (not soccer) cling fast to the assertion that a thing ought to have only one name and that a word ought to name only one thing (or at least that this thing ought to have only this one name and that this name should name only this one thing). This is not, of course, how language works: not only do we have thousands of natural languages, all with their own words for things, but each of these languages is full of synonyms – different words meaning the same thing – and homonyms – the same word meaning different things. 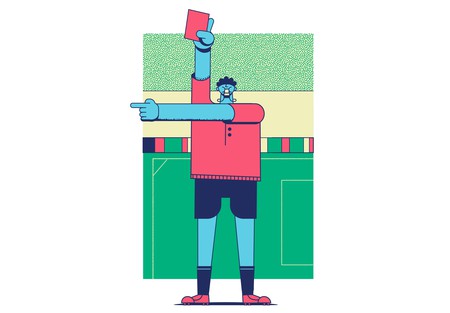 Each language consists of richly layered sediments reflecting its history, with centuries or millenia of speakers leaving their traces. English, in particular, is generally thought to have the largest amount of words of any language in the world. It is a sprawling and glorious mess of a language, constantly changing, adding new words, merging or redefining old ones, declaring some taboo, elevating others to polite company, and always refusing to develop sensible spelling rules for any of them. Unlike languages like French, German, Estonian, Kazakh, Japanese, or Pashto, English has no ‘language regulator’ that would rein in its perpetually roiling evolution – there is no ‘official English,’ and certainly no version of English that Americans and Brits would accept as definitive. Consider, for instance, the meaning of ‘pudding,’ as explained to Americans by an Englishman:

All desserts are pudding, but what you think of as pudding is not pudding, but just a part of some puddings. It’s custard, basically. Which we generally put on puddings. For clarity, what you generally consider pies are a type of pudding that we might put what you consider pudding on. However, what we generally consider pies are not puddings, but are savoury and involve meat. Unless it’s a pie that is a pudding, like a mince pie, which doesn’t involve mince, which is meat that’s been minced, but does involve mincemeat, which doesn’t involve meat. You could put what you think of as pudding on this type of pie, which is a pudding. Some puddings are also specifically called pudding, like … sticky toffee pudding, which is a cake and a type of pudding, and another thing that you might put what you call pudding on. But not all puddings are desserts. There is a black pudding, which is made of blood and delicious, but it is not generally a dessert. There are also white puddings, which are also not desserts.

It is much the same when it comes to football, a word IFNS [It’s Football, Not Soccer] combatants claim has always referred to one particular game because this particular game involves feet and a spherical object. This chapter will present a brief history where we learn that in games called football, we must only kick the ball with our feet, or we must take great care never to kick the ball with our feet, where the things you can do to a ball are strictly regulated, or where you can do whatever you want with the ball, where a set number of players play on a field of a certain size for a set amount of time, or where whole villages roam the countryside for days. You must not touch the other player, or you form a compact mass of bodies and shove as hard as you can. It is a genteel game for young gentlemen or a lethally destructive amusement which must be banned and the louts who play it must be incarcerated.

From It’s Football, Not Soccer (And Vice Versa): On the History, Emotion, and Ideology Behind One of the Internet’s Most Ferocious Debates, by Stefan Szymanski & Silke-Maria Weineck, 2018.