5 Surprising Things That Happen When You Quit Drinking 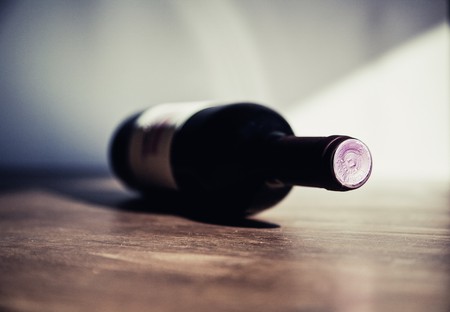 To mark “Octsober“, a month when many set themselves the challenge of going booze-free for 31 days, we spoke to a woman who gave up drinking for good.

On the anniversary of her first sober year we asked Rachael Williams for a personal insight into the unexpected ways giving up alcohol has transformed her life. This is her honest and inspiring story…

In the summer of 2015 I was hopelessly and very suddenly head-over-heels in love. After weeks of bliss I believed it was reciprocated, until he vanished without a trace. I was heartbroken. I was also drunk, a lot. 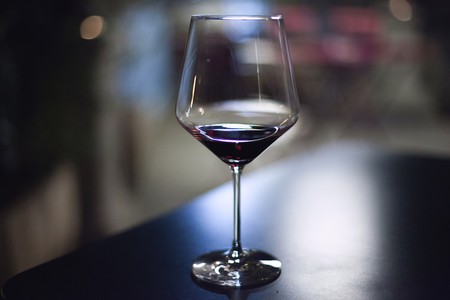 After eight days recovering at my parents’ house in Winchester, I headed back to London. I was still devastated, but felt somewhat refreshed and ready for a new week at work. I went out for what began as a civilized Sunday lunch with some school friends and ended with me being paralytic, alone on a park bench at 1am, sobbing my heart out. The next morning I wasn’t even sure if I was crying because of the break-up or because I knew, in my gut, that I had been unable to stop drinking the day before.

Looking back now, I can see that I had merely been dumped and was self-medicating (who doesn’t occasionally?) but I can also see that my relationship with alcohol has always been messy. Over the last 17 years I’ve been hospitalised, arrested and seriously sexually assaulted. I’ve thrown crockery at people, intentionally jumped in front of speeding cars, made close friends cry with thinly veiled “tough love” rants, been bed-bound after I cracked ribs from retching when my body had nothing left to give, fallen down flights of stairs, broken seriously hefty disabled toilet doors (don’t ask), and lost countless items, not to mention hours. Hours and hours and hours of forgotten memories, all thanks to my no-holds-barred drinking.

After a couple of months of ambivalence, I made a decision in October 2015 that my relationship with alcohol needed to come to an end. I knew giving up drinking was going to be life changing but nothing prepared me for just how steep the learning curve would be. Here are five things I’ve learned since quitting alcohol:

I had no idea who I was

I thought I was an emotional wreck, but it turns out I was just drunk. For years I’d been trying to accept that I was teary, aggressive, unpredictable, and clingy by nature. Was I incapable of dealing with the ‘normal’ things life throws at us all? Did I have a personality disorder? Nope, I was just drunk or hungover, or both. I’m actually a pretty level-headed, calm, and strong-minded person. Who knew?

I am the boss of my body

At one point, making bad decisions and putting myself at serious risk were just part of a night out, come weekday or weekend. The volume of alcohol I was consuming on a regular basis was one thing, but the clean up operation was another. More often that not, food wasn’t a fuel or a pleasure but a tool to get me through a day of vomiting or nausea. Drinking on an empty stomach was standard, as was not being able to eat for 24 hours after. My body would reject food (and sometimes water) and then I’d binge on everything I could get my hands on. Cue massive weight gain.

Exercise was also a no-go. All my energy was spent on getting to work and surviving the day. Sleep was never consistent and my energy was always depleted. Now that I’m booze free, I’m one of those people who goes to the gym for a 6am training session. I am the boss of my body and my time is spent achieving new goals and trying things I’d never have “wasted” money and time on before.

I’m in the best shape of my life and I’m proud of that. Gone are the days of hiding under a pub umbrella in a cardigan. Payday is reserved for buying new size 10 jeans and I finally feel like I have agency over my own body, what I do with it, and how it serves me. I no longer put myself in situations where that can be jeopardized.

There are enough hours in the day

I have more time all of a sudden. Saturday mornings are spent planning my day or skipping between brunch, the yoga studio and friends’ houses as opposed to being unconscious or sitting on the edge of my bed, shaking in a towel, wishing I was dead.

Newly-possessed hours have given me plenty of time for self enquiry and development and there’s been a lot of it. Learning about yourself takes time and effort and sometimes it isn’t pretty. I never thought I would gain time by not drinking, but I have. I’ve also gained strength to face every day, head on and with clarity.

So many of my friendships have changed now that I’m sober. In a ‘you couldn’t write it’ twist of fate, my BFF and favourite drinking partner fell pregnant the week before I stopped drinking. We spent nine months sober, together. She was, during my breakdown and throughout my first ten months of sobriety, my rock.

I’ve grown out of some friendships that fit me no better than my size 14 jeans. Others, that I didn’t even know I wanted, have flourished. An acquaintance I hadn’t seen for a year invited me to join a book club after I bumped into her on the street. She’s now one of my most treasured confidantes and the first port of call on my Relapse Prevention Plan.

A relapse prevention plan is there for when your cravings hit. Four emotions drive the addict’s impulse to drink: Fear, anger, sadness and happiness. The first step is to stop and question why you want alcohol. Once you understand the emotion sparking the desire it’s easier to decide “no” without any ambivalence. Then, if distracting yourself with cooking or cleaning or exercise doesn’t work, you call a key worker or a close friend to talk it through.

Quiet, subtle, unassuming support is what I’ve needed over the last year — something I’ve probably been pretty bad at providing to others in the past.

Being drunk isn’t all it’s cracked up to be

Next time you believe something will be boring without a drink or that you need to get messed up to be in party mode: stop. Sitting in the sober seat, there’s nothing more dull that the shouty, repetitive, slurring person with bleary eyes and make up in all the wrong places.

Don’t get me wrong, my recovery hasn’t been easy. The only reason I’m able to deal with the all-encompassing, overwhelming urges to drink and/or use drugs is because Haringey Advisory Group on Alcohol (HAGA) gave me the tools.

My recovery has included SMART (Self Management and Recovery Training) twice a week, a 12 week Psycho-Dynamic counselling stint and a Peer Support Group once a week along with the intensive Intuitive Recovery course, without which I can’t imagine my recovery.

I will always remember my initial assessment with my key-worker as the day my life changed. It was there and then that I knew my life without alcohol was possible and most importantly, that I didn’t have to do this on my own. There is something life changing about sitting in a room with people who have been in your shoes and felt what you’ve felt. It can turn things around for you in an instant. It might not be permanent, it might be fleeting, but it definitely helps.

I’ve been sober for 12 months and this has been the best year of my life. I’ve been on a game-changing holiday, learned to surf, turned 30 with a smile on my face (anybody who knows me will attest that I am not good with birthdays), progressed in my career, mended relationships with both of my parents, built new important friendships, learned to meditate, lost 18lbs and most importantly worked out who I am and what I want from life. Well, kinda. I’m getting there.

In the end it was either me or the booze. I choose me, every time.