These Organisations Are Dedicated to Saving the UK’s Bat Population 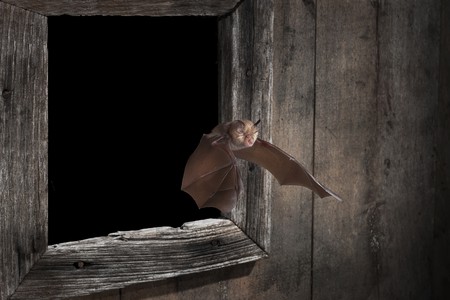 Bats, such as the greater horseshoe bat, is essential to the UK ecosystem | © Dale Sutton / www.bats.org.uk

Bats may look scary, but these friendly little creatures are essential to the UK ecosystem. And these bat carers are on a mission to protect them.

While some people may be frightened of them, bats help the environment more than most people would think. Unfortunately, they are also one of the most endangered animal species in the UK. However, thanks to the Bat Conservation Trust, a network of more than 400 bat carers are dedicating themselves to monitoring and protecting the UK’s declining bat population.

There are more than 1,300 different bat species in the world, and sadly, the majority of them are vulnerable and endangered. This can be down to anything like fragmentation of habitat, disease, destruction of roosts or even, believe it or not, hunting.

For 20 years, however, the Bat Conservation Trust (BCT) has been the leading non-governmental organisation solely dedicated to the conservation of bats and their landscapes. Thanks to a network of volunteers, known as the UK Bat Care Network, they’re able to make even more of a positive impact.

“The UK Bat Care Network is a network of independent volunteers who assist with injured or grounded bats that are found by the general public,” explains BCT fundraising and membership officer Andreia Correia da Costa.

“They [the network of people] provide a vital service of not only assisting the public with grounded, injured or orphaned bats but also of raising awareness and educating members of the public, which saves thousands of bats every year.” 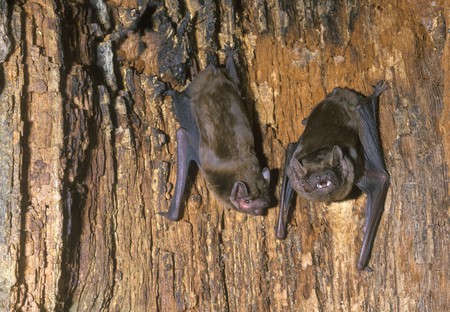 Alongside the UK Bat Care Network, it’s those regional helplines that play a huge part in ensuring that all queries are handled efficiently and that any discovered bats are dealt with in the correct way. Andreia elaborates: “In 2017, the Helpline team received almost 15,000 enquiries.

“They [Helpline team] raise awareness of bats and bat conservation by answering questions, providing information to enquirers who want to learn more about bats and helping to dispel some of the more common misconceptions that people often have about bats. Bats are actually really friendly and incredibly important to our environment too!”

Bats perform a host of essential environmental tasks. One of the more obvious roles bats play is pest control, but they’re also responsible for the pollination of over 500 different types of plants. In the UK, some bats are ‘indicator species’ – meaning that any changes in bat population are monitored to track the differing aspects of biodiversity. This is why it’s so important that the bat population be observed and protected as much as possible, and recent funding is ensuring that can happen.

“We recently received funding from the Heritage Lottery Fund for the Bats in Churches Partnership project, which is very exciting,” Andreia adds. “This new round of funding will help deliver a five-year partnership project, bringing together wildlife, heritage conservation and church organisations to save bats and protect churches so that future generations can enjoy and benefit from both.” 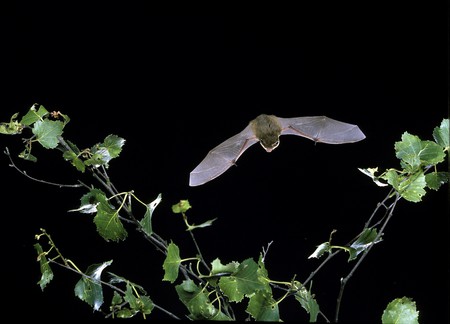 While all projects worked on by the Bat Conservation Trust equally aid in the protection of bats, it’s the bat carers on the ground that ensure the wellbeing and health of any bats that they encounter on a daily basis. Steve and Fiona Parker from the South Lancashire Bat Group have been bat carers for around 20 years now, and they haven’t looked back since.

“We’d both always had lots of pets and really thought we could make a difference,” explains Steve. “We met someone in the local bat group through a mutual friend. And when we eventually met some of the bats she had in care, we exchanged a glance, and we both knew it was what we were going to do.”

Steve and Fiona are clear on the most rewarding part of the job – letting their furry friends go. “Given all the amazing experiences we’ve had in bat conservation, there is still little as good as releasing a bat from your gloved hand, after you’ve brought it back from an injury.”

To people like Steve and Fiona, bat conservation is seen as essential, and it seems many others agree. When you combine the 400-member-strong national network of bat carers with the work that the Bat Conservation Trust do in terms of their many projects, bat population monitoring and surveying, the network is thriving.

Steve describes, “The National Bat Monitoring Programme that BCT leads is an exemplar of their work, as it’s great for many volunteers from the groups and beyond to collect data from a local site to feed into a National project.

“This is then used to show population trends so that we can see how bats are doing, and also, most importantly, use this data to influence decision makers.

“Local bat groups do a huge amount of work at a local and country level, but the BCT is an essential entity that pulls it all together by working to further bat conservation through national project work, but also through liaison and lobby with the government and its agencies. The Trust works nationally but also internationally with these aims and is seen as a world leader.” 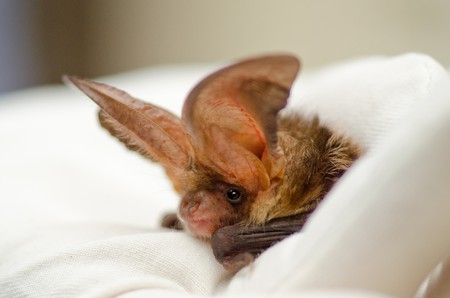 For those budding bat enthusiasts who have an interest in becoming a bat carer, Steve has one piece of advice: “Enjoy it!”

Steve continues, “For those who develop an interest, our advice is to join your local bat group and get involved in the activities. Bat groups do lots of great local work in the form of bat surveys, walks, talks and training, while some also advise people who have roosts in their house.

“They [the bats] are remarkable creatures and are great to watch feeding around sunset. If you’re an early riser, it’s even more spectacular watching the activity known as dawn swarming, which they often do outside their roosts as the sun rises.

“Do be prepared for some difficult times and some heartbreak, but most bats do survive their injuries and can ultimately be released.”

Bats may be endangered, but thanks to bat carers like Steve and Fiona and others working within the UK Bat Care Network, there’s hope for them yet.

For those looking to support the Bat Conservation Trust, there are several ways to do this including adopting or sponsoring a bat, donating and becoming a member.

If you’re thinking about becoming a bat carer, or for more information on the UK Bat Care Network, please visit bats.org.uk.