Netflix and the team behind the third Cloverfield film stunned the world last night by releasing their new film in its entirety online as others were showing off two minute trailers.

The breathtakingly audatious move continues a tradition of side-stepping conventional release plans for the Cloverfield series. The sequence began with the first film, which was released in 2008 to great hype but with little pre-release information available for the public – or the critics.

J.J. Abrams produced the film and was also responsible for the quasi-sequel 10 Cloverfield Lane, which was released in 2016. This follow-up film was made in secret, originally going by a code name: The Cellar. It was only as the film approached release that the new title was revealed, which in turn gave it a link to the monster-movie invasion original.

The sequel followed a group of people forced to live in an underground bunker following a global attack. 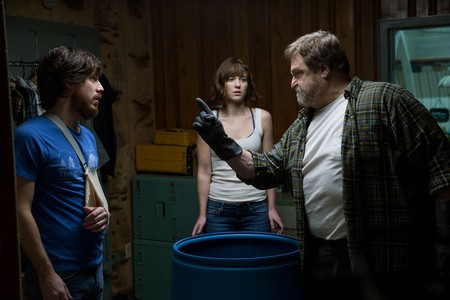 A third instalment in the franchise had been mooted for a while, and many fans had guessed that a film going by the title The God Particle was actually another code for a Cloverfield film. Netflix recently announced that they had bought the rights to the movie and would be releasing it online later in February. We also were told that the first trailer would be screened during the Super Bowl, but no one was expecting the movie to be released in its entirety online over night.

The clever move has caught many industry experts by surprise, and we suspect annoyed rival film studios too. The climax to the American Football season is seen as one of the main times to release teasers and trailers for summer blockbusters, and so it proved again last night. But who is talking about a short clip from the new film by Dwayne Johnson when they can instead watch one of the most anticipated films of the year, in full, on Netflix right now?

There were several other trailers launched last night, with some of our favourites below.

You’ll have to wait a good few months for these films, whereas as Cloverfield Paradox is available everywhere now on Netflix.