Movie Tracks That'll Make You Want to Drop Everything and Travel 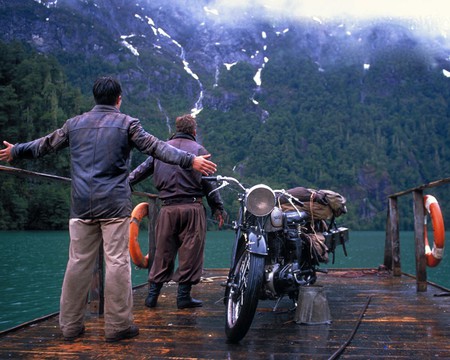 When a film score gets it right, there is nothing else that can compare to the sense of time and place you can get from the sounds and the visuals on screen in front of you. Here are 11 predominantly instrumental tracks from recent films that make us want to pack our bags and jump on the first plane outta here.

There are better known tracks from the Hans Zimmer album tied to this film, and there is even an iconic sting effect from the trailer that has become ubiquitous, but it’s this pounding effort that we’ve picked out from the soundtrack. As we follow Leonardo DiCaprio trying to escape the bad guys on foot, we find ourselves hurtling along narrow streets in Mombasa, finally reaching this seemingly inescapable impasse. The music rattles along, feeling like a modern take on Kenyan themes but with the unmistakable Zimmer/Nolan ideology. When we hear it, we just want to run like Leo…

File under the ‘great soundtrack, terrible movie’ category of entries. For all the many faults this sequel has, the music is certainly not one of them. It would have been easy for Junkie XL to play it safe and merely riff off what had been successful in the original film, but instead the producer goes at it full-tilt and delivers distinctive sound that in the case of this track, gloriously mashes up the Persian and Greek influences behind the character of Artemisia (Eva Green).

An epic track, this also hints at the harshness of the lands the fearsome warrior has traversed. It’s no surprise Junkie XL would join forces with Hans Zimmer for Batman vs. Superman: Dawn of Justice (2016). 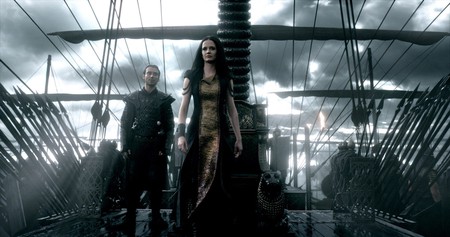 This raspy entry in our list is perfect for anyone who has yet to experience the genuine joys of traditional Mongolian throat singing. Tuvan, as it more commonly known in its area of origin, has been passed down from generation to generation and is now recognised by UNESCO.

There is a more contemporary take on the art of throat singing on Altan Urag’s song Khokh Tolboton, a fast paced modern track, but the opening track from the album (aptly titled ‘Beginning’) is seriously good. Just imagine listening to it and looking over the vast, unspoiled lands once conquered by Genghis Khan… 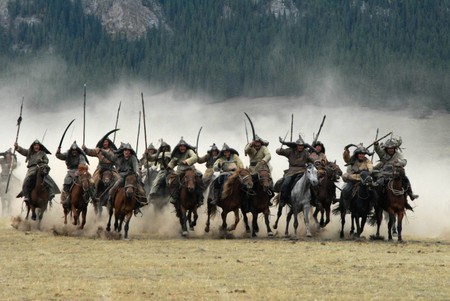 Playing off a similar idea to ‘Mombasa’ (above), this entry from the Bourne series is often overlooked in favour of the electronic sounds of Moby. We’re not going to claim that this should take it’s place as the anthem of the franchise, but there is little doubt that in terms of invoking a sense of location, this background to a chase through the streets and on the roofs of the Moroccan city is unbeatable.

To cap it all off there is a phenomenal fight sequence that highlights everything that is good about the series. ‘Tangiers’ is another example of a great blend of local influences and traditional orchestral soundtrack arrangements. And yes, we know the actual city name doesn’t have the ‘s’ at the end, but no one told composer John Powell that. Okay? 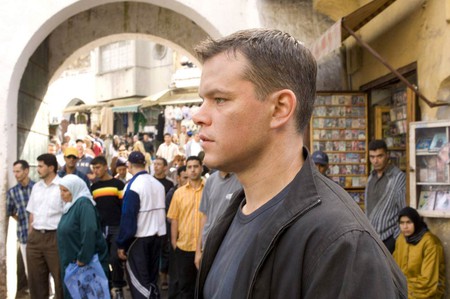 There is an inherent menace that runs throughout Denis Villeneuve’s remarkable film that composer Jóhann Jóhannsson manages to capture in every second of his accompanying soundtrack. Tracks like ‘The Beast’ or ‘Convoy’ have a palpable sense of impending danger, but even in moments of supposed light-relief, like ‘Desert Music’, there is still something bubbling under the surface.

The harsh realities of the US/Mexican border – from the ruthless drugs cartels, to corupt federal agents – sit against the arid landscape and desperate plight of immigrants trying to survive. Now, we appreciate that might not necessarily motivate you to head out there, but for any hot location laced with even the tiniest hint of danger, this soundtrack is perfect.

If proof were needed that this is one of the ultimate driving tracks you need before embarking on any road trip, then here it is. This track from the Oscar-nominated film has been repeatedly featured on Top Gear.

This music is at odds with most of the film it comes from, but Alexandre Desplat knows exactly what he is doing. This feels like a lament-filled piece of music, something that is more apparent when the trademark Desplat soft piano trickles in, but there is a pacy undercurrent literally driving the song forward. Any drive would feel more urgent and important with this playing in the background, even if it was just rolling into a Holiday Inn car park for the night. 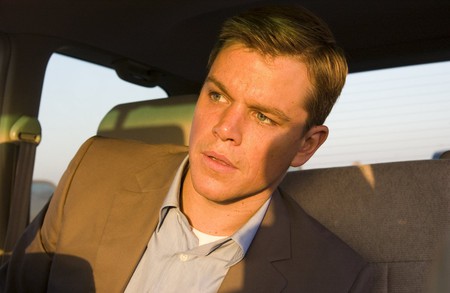 Modern London is not the place you often see in the movies. Forget the idea of everyone wearing a suit and bowler hat combo, jumping into their mini’s and driving off to vast country estates for an evening of cucumber sandwiches and awkward dining table conversations. This film, and title track is far more akin to the urgency and attitude of the capital city.

It’s not as scary as it sounds though. Take this thumping rap track by Plan B. Strip away the protest-heavy lyrics and you can trace the searing strings and baselines back to German rapper Peter Fox. He, in turn, borrowed heavily from Shostakovich’s Seventh Symphony. Everything comes together in fantastic fashion and reminds us of what we love, and fear about our city.

A divisive film, Kingdom of Heaven is Ridley Scott’s thematic follow-up to Gladiator (2000) and apparent apology for the culturally insensitive Black Hawk Down (2001). The movie never quite lives up to its reputation, but dig a little deeper and there is a lot going on.

Take the music, for example. A wide-ranging selection, spanning several hours in some later editions, the soundtrack has it all. Influences from the crusaders to the Islamic poetry of the era, no one can accuse the music of not attempting to cover all bases. Saladin’s theme is the one you want to listen to on a chilled evening as the sun sets over vast expanse of land.

It was never likely that the combination of composer Tan Dun, director Ang Lee and soloist Yo-Yo Ma would fail, but for them to get it so wonderfully right is still a pleasant surprise. We all know the film is great, but the subtlety of the music shouldn’t be overlooked. Just as this isn’t just any other martial arts film, so the soundtrack isn’t just a generic Chinese album.

The track we’ve picked out has it all. A slow build, a kick off with Yo-Yo Ma and a stupendous flourish that immediate reminds you of China. 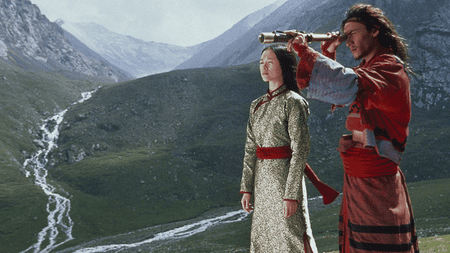 African music is so varied, much like the continent, that any outsider attempting to recreate the sound is asking for a whole heap of trouble. Rather than pretend he knows best, British composer Alex Heffes is happy to hand over where necessary and gives local musicians the chance to fill in the gaps where needed.

There are a number of exhilarating, and terrifying moments on the soundtrack (let’s not forget, this is still a film about Idi Amin after all), but Afro Disco Beat by Tony Allen is just a fantastic piece of music that stands out from the rest. 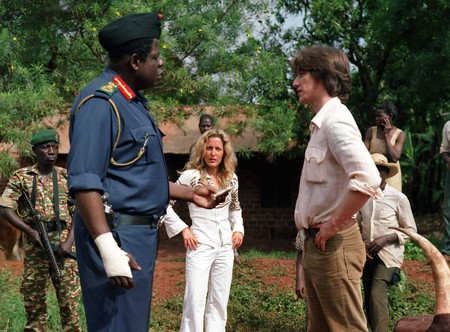 We all know the Gladiator soundtrack. There are beautifully yearnings and heart-pounding war tunes to enjoy throughout, and this more mournful track is the best of a very good bunch. The Spaniard’s journey home to his loved ones, by way of battles to the death and scorched earth, is all encompassed in this one song.

Hunt this one down before you head out into any journey and it will immediately feel more important. 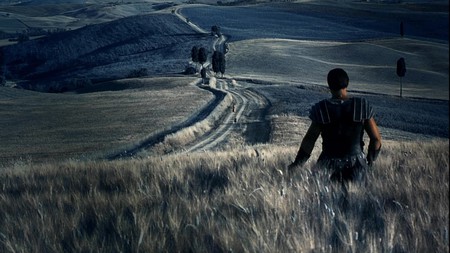 This is the most obvious example of wanderlust-induing music in our list, given that the film itself is about the sense of discovery that comes with exploring one’s surroundings. 23-year-old Ernesto Guevara (later known as Che) is played by Gael García Bernal, and as the title suggests – we are privy to the memoirs of a journey via motorbike across South America.

It’s a beautiful film, and has an equally beautiful soundtrack to go with it. The opening track is just the thing you want to hear as you embark on any trip into the unknown.

The Motorcycle Diaries | © FilmFour
Give us feedback