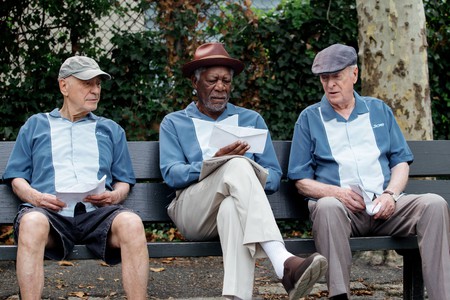 One of the greatest actors of all time, the impossibly cool and incredibly versatile Morgan Freeman turns 80 today. To celebrate this milestone birthday, we take a look at ten of the Oscar-winning actor’s best moments from his extraordinary back-catalogue.

So grab the popcorn, raid your DVD collection and settle in for a Morgan movie marathon this weekend!

Besides regularly topping ‘best film’ lists, The Shawshank Redemption is also the film that brought Morgan Freeman to the masses. Telling the story of fellow inmate Andy Dufresne (Tim Robbins), Red (Freeman) chronicles the ups and downs of prison life as the pair negotiate a life of incarceration. Showcasing the actor’s commanding screen presence; the role allowed audiences to enjoy to his distinct narration and earned Freeman an Oscar nomination for his flawless performance. 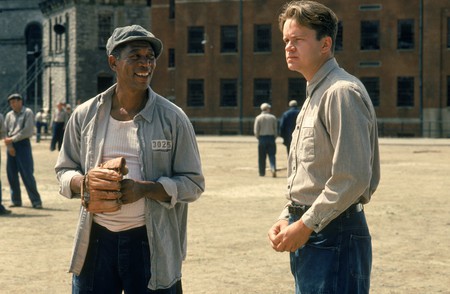 The civil war epic tells the true story of the first black regiment in the American armed forces, led by Captain Robert Shaw (Matthew Broderick), and the prejudices they faced from both sides of the conflict. In a poignant scene, soldier Trip (Denzel Washington) is angered by the hypocrisy of the situation and threatens to beat up a fellow soldier who is defending the cause. Morgan Freeman’s Rawlins steps in and launches into cutting speech about what they’re fighting for, rallying the regiment for testing times ahead. 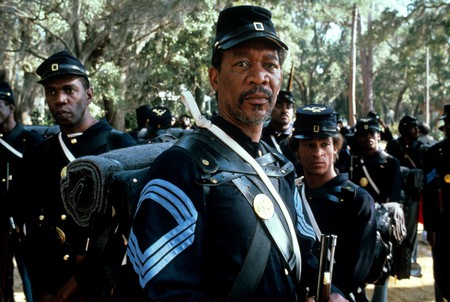 In the first film of Christopher Nolan’s Dark Knight Trilogy, we are not only introduced to Batman (Christian Bale) but also his super cool gadgets created by suave gadgetman Lucius Fox (Morgan Freeman). When Bruce Wayne enquires about using army prototypes for spelunking and base jumping, but questions how bulletproof they are, Fox is bemused but keen to help with the seemingly bizarre requests. He only asks that Wayne doesn’t ‘think of him as an idiot,’ suggesting that the quiet genius had worked out the alter ego of the billionaire playboy.

In this race-against-time disaster movie, Morgan Freeman plays President Beck, tasked with preparing for the end of the world after learning about a comet the size of Manhattan which is set to collide with Earth. Dealing with an unthinkable incident, the President sets about preparing for every occurrence – from blowing up the comet to building huge bunkers – ending with an inspiring speech about the strength of the human spirit and how grateful humans should be to call Earth home.

Earning Morgan Freeman his first Academy Award, Million Dollar Baby sees his character Scrap narrate the story of boxing gym owner Frankie (Clint Eastwood) as he reluctantly trains waitress Maggie (Hilary Swank) for the Middleweight Championship and together become unlikely friends. After Maggie suffers a life-changing injury in the ring, Frankie toys with the guilt that he put her in this situation. In turmoil, Scrap suggests that most people die without getting their shot but with Frankie’s help, guidance and friendship; Maggie got hers. This sets the trainer on the right path, despite the pain it will cause him. 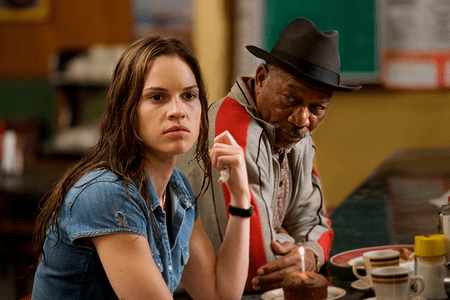 At the climax of David Fincher’s dark thriller, tensions are raised to an almost unbearable amount when Morgan Freeman’s beleaguered detective, Somerset, realises the consequences of John Doe’s (Kevin Spacey) final gruesome act. Racing back to his partner Mills (Brad Pitt) to stop him from playing right into the maniac’s hands, Freeman learns just how tragic the game of deadly sins has become and is conflicted over attempting to stop the final murder or giving into the weaknesses of human nature.

Morgan Freeman embarked on his own unlikely friendship in the award-winning comedy Driving Miss Daisy. After crashing her car in a neighbour’s garden, 70-something-year-old Daisy Werthan (Jessica Tandy) is ordered to get a driver by her son Boolie (Dan Aykroyd). Hiring Hoke (Freeman), Boolie warns him of his mother’s eccentricities but states that she can’t fire him. Despite many hilarious clashes of personality, the pair eventually form a close bond that lasts for the rest of their lives. 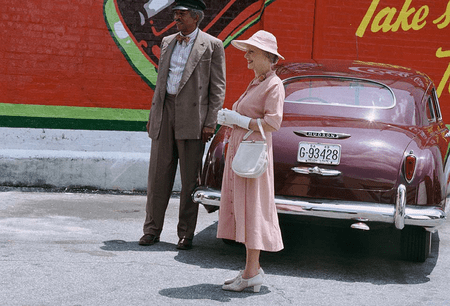 Taking on a role many would be wary of, Morgan Freeman played God in the Jim Carrey comedy about a man who believes that the holy entity is against him. His dulcet tones and calm demeanour complemented Carrey’s Bruce perfectly, as he decides to teach the hapless TV reporter how hard it is to run the world by bestowing his powers on to him. The scene in which Bruce meets God is particularly memorable, as the Almighty suitably freaks Bruce out with his mere existence.

For Clint Eastwood’s final western, he cast his good friend Morgan Freeman as his character’s old partner Ned Logan. Tasked with tracking cowboys Davey and Mike after they attacked a woman, the pair set off on a quest to bring justice, but toil over the impact that violence has had on their lives. Loyal to the end, a particularly moving scene shows Ned’s struggle to take the shot which would end a man’s life, Eastwood’s William Munny recognises his friend’s dilemma and steps up to the plate to save face. 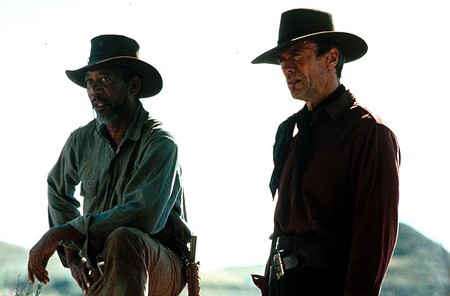 In this sweeping romantic adventure, Morgan Freeman plays Azeem, a man who has vowed to accompany Robin Hood (Kevin Costner) from the Crusades to Sherwood Forest until the debt of saving his life is repaid. Fighting alongside the medieval vigilante, and bringing his own ingenious inventions and methods into the mix, the pair are a force to be reckoned with, as they rob from the rich and give to the poor. 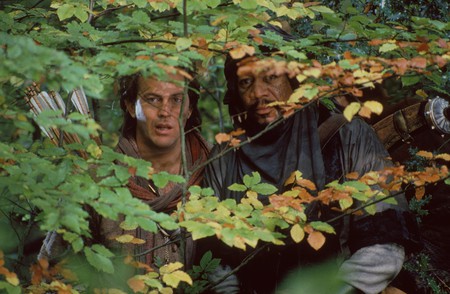