As well as Q-Pie (that’s Q for Quorn), Mexican fajitas and sweet potato burgers, the way the pitch it grown, the energy output of the ground and technology used in the day to day running of the club all doff a cap (probably made of hemp) to sustainability.

The Gloucestershire team are currently going well in The National League (the country’s fifth tier of professional football) and look to have a bright, green future ahead of them. 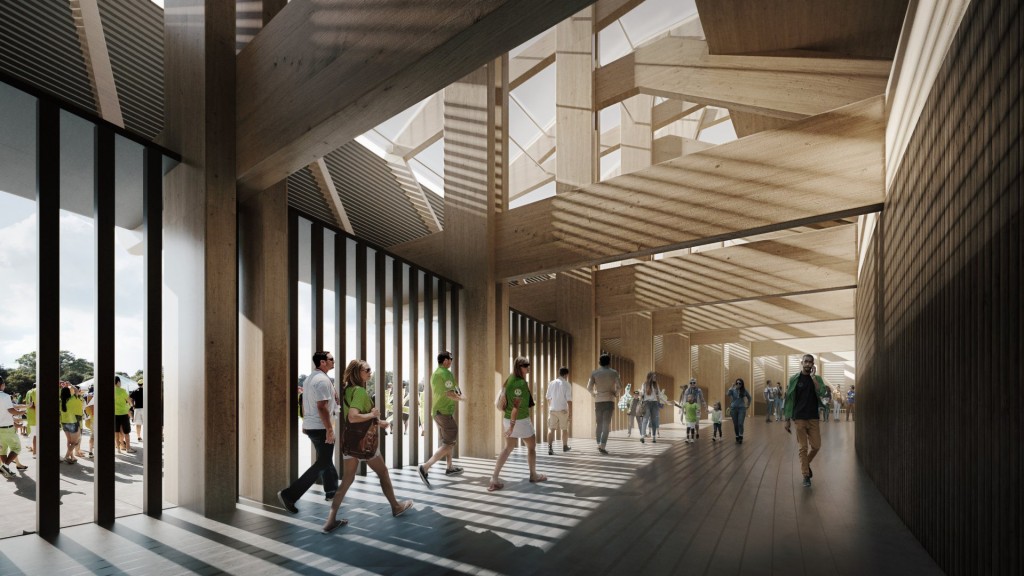 The club went meat-free four years ago to great public support and success, and today the menu is completely vegan, even down to the beer and cider served on matchdays, courtesy of the Cotswold Brewing Company. While the club ply their trade at The New Lane, they are plans for a new stadium, designed by renowned architect firm Zaha Hadid, that will be made completely from wood and make up part of Eco Park, a planned 100 acre green development in the area.

According to the club’s website, Eco Park will be “a place where green businesses and technology companies come together and share ideas: a real focal point of creativity and innovation for the area and a part of the green industrial revolution that’s beginning to take off around the world.”

The main contributing factor to the club’s green credentials is their owner, Dale Vince, head of Ecotricity, a local energy company that specialises in selling green energy that it primarily generates from its 70 megawatt wind turbine, or as the company would prefer you call it, windmill.

Forest Green Rovers are leading the way, should others follow suit?

How the club is achieving its goals: