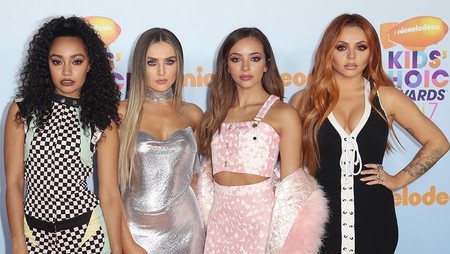 Little Mix singer Jesy Nelson is under fire after posting a photo of herself on Instagram with her hair in dreadlocks.

The 26-year-old singer has been accused of cultural appropriation, with many fans claiming the image is offensive to black people.

Some have pleaded with her to take down the photo and issue an apology.

One wrote: ‘Jesy, hun, I love you, but please take this down or write an apology. It may have not been thought about at the time, but this is cultural appropriation.

Read more: Where Do Dreadlocks Come From?

‘I’m not hating and you do look beautiful, but this hairstyle isn’t meant for you.’

Another added: ‘Jesy has NEVER once spoken about black culture or struggles. Why is she doing the hairstyles then? She doesn’t show any understanding or respect for Black culture.’

One pleaded: ‘Jesy, I love you so much so please get rid of this hairstyle and never do this again!’

But others voiced their support and said it was up to her what she wanted to do with her hair.

One posted: ‘Omfg ppl it’s offensive that you’re saying this hairstyle is only for “black people”. Anyone can wear anything they like – let alone their hair. Let this girl do whatever the frick she likes and go live your life instead.’

Another added: ‘Oh my sweet Jesus. Get a grip. Her hair looks cool. End of. People can do wtf they want with THEIR hair or whatever! Stop making a thing about everything!’

Some pointed out that dreadlocks originated from ancient Greece and Egypt.

One said: ‘Dreads have been part of many cultures… Celts, Greeks, Indians, Egyptians… Think people need to calm down… If all you have to worry about is how someone wears their hair, you live a blessed life!’

Earlier this week, Jesy, along with bandmates Perrie Edwards, Leigh-Anne Pinnock and Jade Thirwall announced their new album will be released later this year.