Discover Kasabian: The Biggest British Band in the World

Kasabian’s latest album 48:13 was released in June, 2014, and went straight to the top of the charts, making it the band’s fourth consecutive number one album. Kasabian are often referred to as one of the best British bands of the 21st century and they are currently branded as the biggest British band in the world, but what is it that makes Kasabian so successful? We find out. 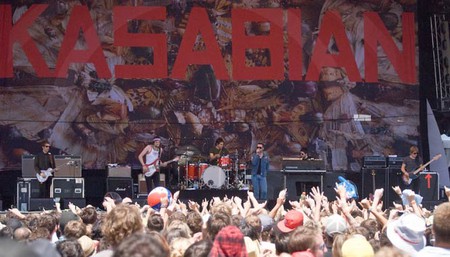 On February 18th, 2015, Kasabian won ‘Best British Band’, supported by Marshall, and ‘Best Album’ – for their 2014 album 48:13 – at the NME Awards 2015. The band from Leicester scored the two prestigious gongs at London’s O2 Academy Brixton. On collecting the award for ‘Best British Band’, Kasabian’s lead singer Tom Meighan said, ‘we’re very humbled, privileged and proud to win this award because we’ve been doing this since we were 16. Thanks very much NME. God bless.’

This year, Kasabian were the big winners at the NME awards. Also amongst winners were Jamie T who won best song and video for Zombie, Royal Blood who won best newcomers and Nigel Farage who was named villain of the year. Mike Williams, the NME editor, said, ‘It’s been an astounding year of comebacks and triumphs for Kasabian and Jamie T and their awards tonight prove it. The fans have spoken and along with newcomers Royal Blood they have been undoubtedly anointed as the biggest acts in the country right now.’ Kasabian’s Pizzorno also won the NME award for best quote when he spoke of his band’s headline slot at Glastonbury last year, ‘five records, 10 years, we’ve earned our shot.’

Kasabian are well known for being commended for their live performances, the most notable of which was their appearance as headliners at the 2014 Glastonbury Festival, and have been named Best Live Band at the award ceremonies on numerous occasions. The group’s music is often described as ‘indie rock’, but outspoken Sergio Pizzorno has said he ‘hates indie bands’ and does not feel Kasabian fit into that category. 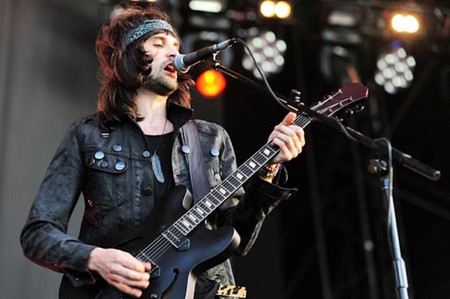 Sergio Pizzorno performing at McCallum Park in 2012. Pizzorno writes Kasabian’s music and is known for his whacky style and personality | © Stuart Sevastos/WikiCommons

The Kasabian boys have quite a reputation for their witty comments and tendency to speak their minds. Kasabian guitarist Sergio Pizzorno had previously said him and his group were victims of a ‘conspiracy’ after not receiving a Brit awards nomination this year.

The band had a busy year in 2014 with the release of their album 48:13. Speaking to the Independent Pizzorno said, ‘It’s a conspiracy. They’re trying to shut rock ‘n’ roll out of [the Brits]. What sort of message does that send to working class rock ‘n’ roll bands which the industry is in dire need of?’ 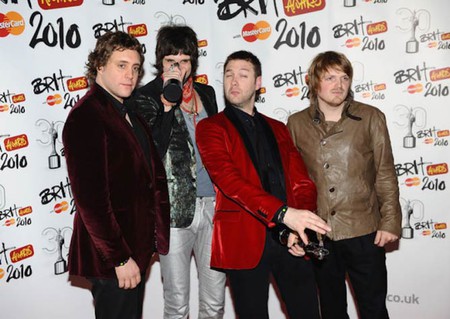 Pizzorno also said that a win for the multi-nominated Ed Sheeran at the 2015 Brit awards would be a ‘victory for squares’.

Lead singer of Kasabian Tom Meighan isn’t shy about speaking his mind either and has been quoted talking about One Direction saying, ‘they’re five no-ones who won the lottery’.

He continued, ‘they’re massive, but they’re a product, we’re not. They’re like shampoo. You buy it to put in your hair and wash it out, like the Spice Girls.’

Kasabian are continuously applauded for their live performances and fans flock to see them in concert all over the world. Giving a great live performance is a way for bands to connect with their fans. Kasabian reap success by giving their fans an unforgettable experience that will leave them counting down the seconds to the release of a new album. So it seems it can only be up for the biggest British band of the moment and what will they hit headlines for next, the release of their next album, or controversy over them slamming a fellow celebrity?