Into the Wild: The Best Nature Escapes in the UK 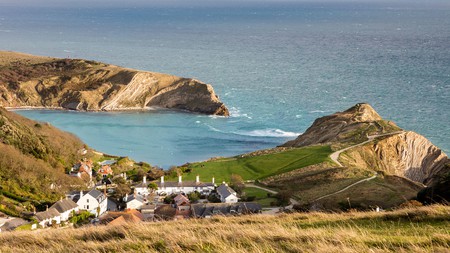 Lulworth Cove is just one of many scenic spots on the Jurassic Coast, in Dorset | © Brian Jannsen / Alamy Stock Photo

With many of us desperate to get out and about this summer, nature escapes around the UK are emerging as the best way of leaving city life behind and reconnecting with the wild. We’ve picked some popular spots we love, as well as some lesser-known retreats, to give you the lowdown – along with accommodation options that you can book on Culture Trip.

There’s no denying that 2020 was a stressful year for most of us. Travel plans continue to change based on factors beyond our control, but the one constant has been the great outdoors. These destinations are worth considering if you’re thinking of a UK staycation, or perhaps a day trip into the unknown.

The Yorkshire Dales and Moors cover a huge area in the north of England, and make for a great escape if you want to leave civilisation behind. We’ve zeroed in on Hackfall for this list, as this small wood is often overlooked in favour of its bigger neighbours that lie on either side of it. Even though it possesses a natural beauty comparable to any of the best national parks in the UK, this is actually a destination shaped by humankind. John Aislabie was famous for his landscaping skills, and as soon as he bought this patch of land in 1731 he set about crafting a place that made the most of everything he loved about the countryside. Hackfall has been a source of inspiration for the likes of poet William Wordsworth and artist JMW Turner through the ages. 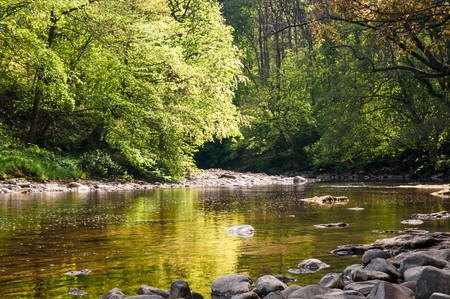 This lengthy hiking route has only recently been officially recognised, but has been in operation in some form for years. There are sections of the trail that cover mountainous terrain, so you’ll definitely want your walking boots for this one. Cardiff lies at one end of the route, but our tip is to stop off at the medieval town of Abergavenny for some rest and relaxation. Locals have come up with their own routes through the Brecon Beacons too, a national park that many regard as the best in the UK. 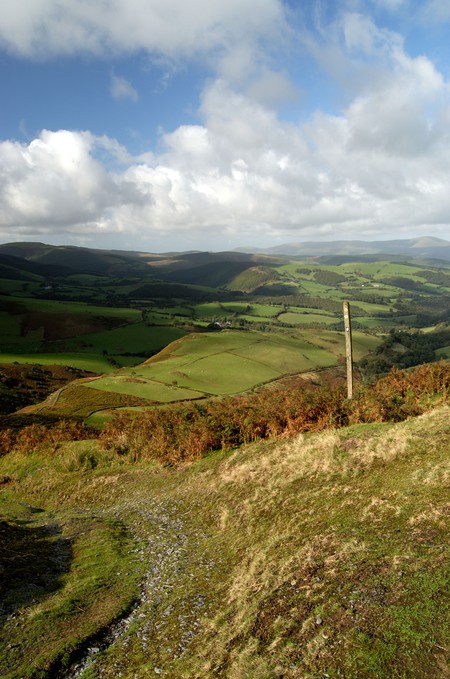 We know that southwest England is popular with holidaymakers, but there are still a couple of places we think are worth visiting if you want a breath of fresh air in the region. The awesome Jurassic Coast, which stretches for just under 100mi (160km), is stuffed with history. As the name implies, prehistoric beasts once walked these beaches, and you might well be treading on their fossilised remains. There are certainly busy areas to avoid, but this coastline is so vast, you can always find a spot to call your own. Dorset will probably be the quieter of the main destinations here, with Devon and Cornwall already reporting a high number of bookings. 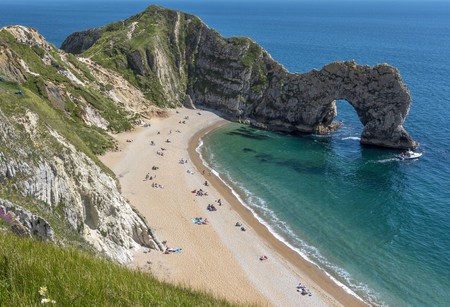 Let’s head up to the other end of the country for a look at the spectacular Orkney Isles off the northern coast of Scotland. Wild seabirds have made the most of the steep cliffs that elevate the islands, and marine life thrives here, too. Nature lovers get to walk through untamed terrain here, and the lush vegetation is also excellent for seeing the rare Scottish primrose bloom in its natural habitat. In total there are about 70 islands that make up the region, and some superb places to stay that we highly recommend. 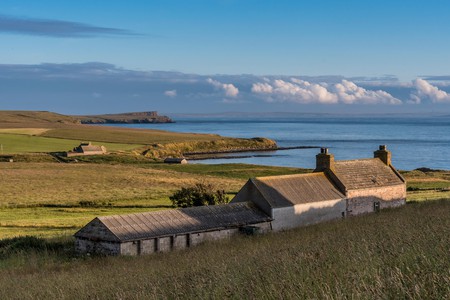 Part of a huge initiative entitled the Great West Way, the Chilterns is an area within easy reach of London that feels like a complete break from the capital. The wider campaign includes places such as the Cotswolds and Stonehenge, which are well-known destinations around the world, but in comparison to those the Chilterns are often overlooked by holidaymakers. The red kite, a rare bird of prey, was reintroduced here in the late 1980s and has seen numbers surge in recent years. There’s plenty to see and do in the Chilterns, and if you’re really pressed for time you can even make it into a day trip from London. 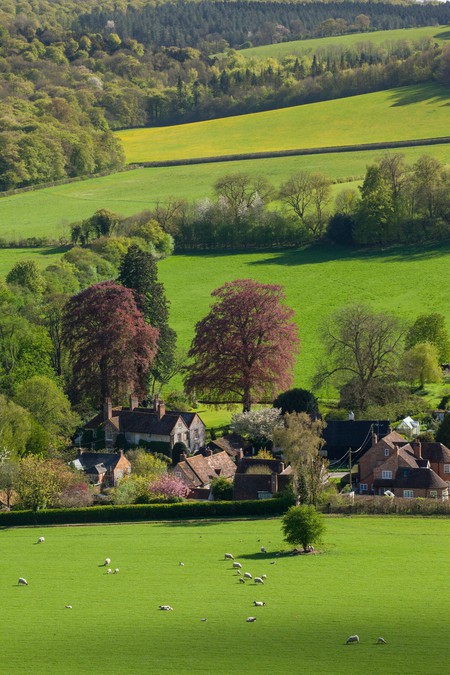 The first recognised state park in Northern Ireland sits at the foot of the Morne Mountains in County Down. Tollymore forest is home to rare flora and fauna, marking it out as a place of special scientific research, and there are four spectacular walking trails that let you see the best of the area. Wild fallow deer are worth keeping an eye out for here, and there are several elevated spots where you can also catch a glimpse of nearby Newcastle, the small coastal village where you’ll probably end up staying if you’re visiting from other parts of the country. 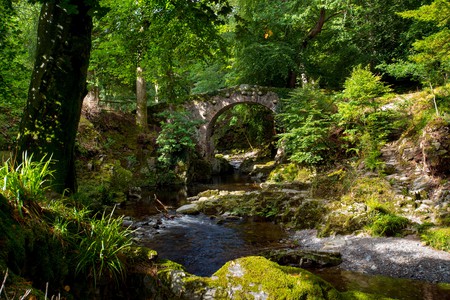 This woodland area sits between the counties of Worcestershire and Shropshire. It’s a great example of how a partially managed forest can continue to operate today, with previous deforestation being reversed, allowing for wild birds to live in relative peace. There are a number of walking trails as well as a specific route designated for cyclists through the forest. If you’re after even more exercise, you can try horse riding or Nordic walking for a full-on burn. 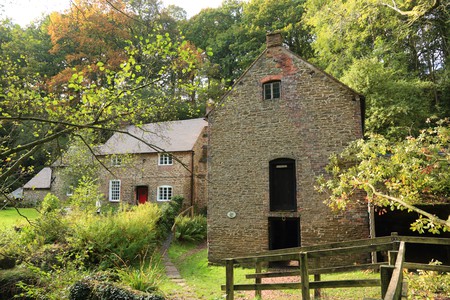 If you were to picture a magical English woodland, you’d probably be thinking that looked rather like the Forest of Dean around Gloucestershire. There are several relics of the nation’s industrial past hidden within the forest, most of which have been reclaimed by nature. In more recent times, Hollywood has come calling, with Star Wars producers shooting several scenes of 2015’s The Force Awakens in a section known as Puzzlewood. If you’re looking for a truly wild adventure, take a bike ride and see if you can spot any of the country’s rarest animals hiding in the overgrowth. It’s not known exactly how many wild boars still roam the forest, but they are there. 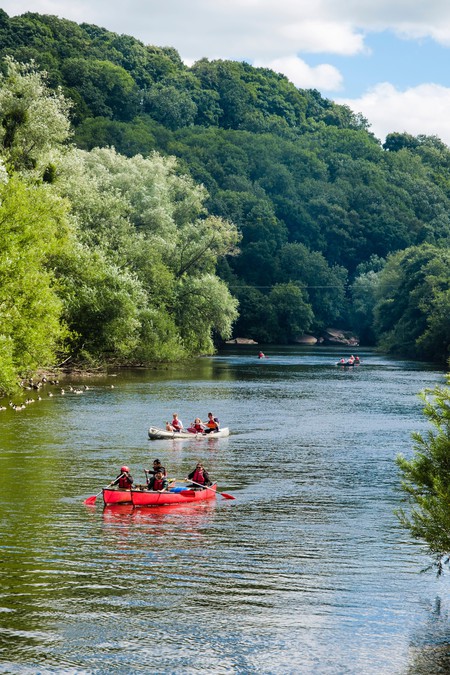 This nature project offers something a little different, and we hope it’s a sign of more great projects to come. Nestled in the Scottish Highlands between Loch Ness and Skye, Dundreggan is an ongoing rewilding initiative and is the flagship of Trees for Life in the UK. There are already thousands of species of trees, plants and animals to be found here, with more being introduced over the next few years. The project has already seen success in the form of a golden eagle chick being reared in the wild for the first time in 40 years; the eventual aim is to restore the Caledonian Forest that once dominated the landscape in this part of Scotland.