I Belong To Jesus: Football Celebrations Curated Into A Fitting Collection 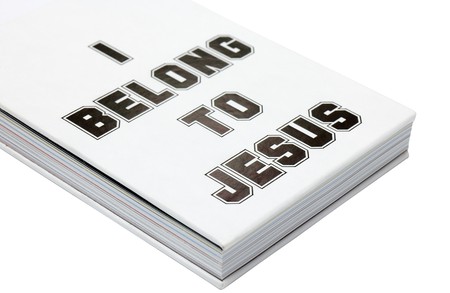 I Belong to Jesus elegantly presented | Courtesy of Craig Oldham

Craig Oldham and Rick Banks’ I Belong To Jesus is a wonderful tribute to football’s banned celebrations. Players are no longer allowed to lift their shirt and convey a message to family, friends or fans and this collection remembers those who did.

Since 2014, when FIFA banned players from lifting or taking off their shirts to reveal messages they ‘moved to eradicate the last line of direct communication between two of the most important parts of football: player and supporter.’

What FIFA did was to ‘continue their somewhat hypocritical crusade of enforcing standards onto players whom through such actions are, in their eyes, “bringing the game into disrepute.”‘ 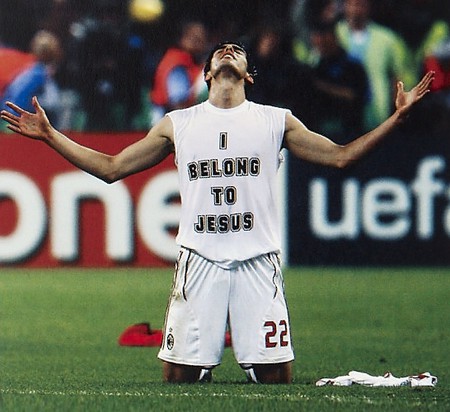 Kaka at the final whistle of the 2002 World Cup final.

The book takes its title from the message Kaká revealed under his shirt after winning the 2007 Champions League with AC Milan when the final whistle blew. Presented in a simple, small and beautiful package (with accompanying T-shirt and captain’s armband to boot), it is an immensely satisfying book to flick through. What first appears to be something to browse quickly is actually filled with a striking amount of information, divvied up into messages of politics, religion, folklore, personal messages and more.

We’ve picked out some our our favourites. 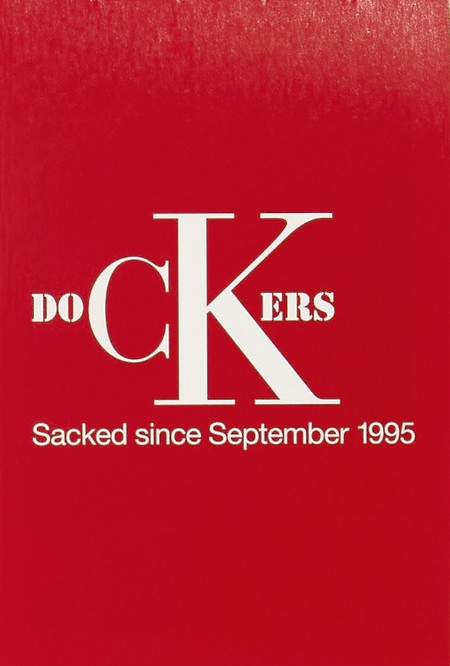 ‘Under the governance of the Conservative party in the 1980s and 1990s, the political climate on Britain’s waterfront docks was one of anti-union laws and the casualisation of many docks, leading to the notable dispute between the Liverpool dockers and the Mersey Docks and Harbours Company (MDHC). On 29 September 1995, after refusing to cross a picket line, Liverpool dockers were sacked by the MDHC.

A year into the dispute, the dockers created a pastiche of the then-fashionable Calvin Klein ‘CK’ t-shirt to sell and raise funds for the cause. In a match against SK Brann in March 1997, Robbie Fowler, born in the Toxteth area of Liverpool, pulled up his kit to reveal the design, sending a message of solidarity with the workers.

The act brought Fowler much criticism from football’s governing bodies, with UEFA fining him 2,000 Swiss Francs. However, it also brought Fowler the eternal respect of the working class community he represented.

In the same month UEFA chastised Fowler’s actions, FIFA commended his fair play after the striker declared a penalty should not be awarded when Arsenal goalkeeper David Seaman had been adjudged to have fouled him in a league match. But however minor these two acts may seem, the impression they’ve left on football is vast; cementing Fowler’s status and example as a player of conscience.’ © Laurence Griffiths 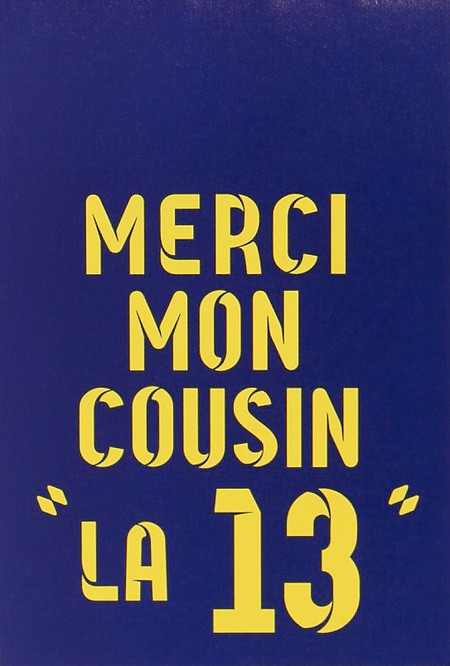 ‘In March 2011, FC Barcelona announced that defender Éric Abidal had been diagnosed with a tumour in his liver which required surgery. After an outpouring of support from around the world, in May that same year, Abidal played the full Champions League Final victory, and as a gesture to mark his recovery, Barca captain Carles Puyol handed him the captain’s armband and allowed him to lift the trophy.

The recovery, however, was marred in 2012 when unresolved problems from the previous operation meant that the Frenchman had to undergo a liver transplant. The following year, in a match against RCD Mallorca, Abidal completed his second recovery to rapturous applause from the Barca fans.

After the game the defender removed his strip to reveal a message to his donor, “Thanks cousin, the 13”. The “13” was a reference to the nickname of Abidal’s cousin in his local neighbourhood. It later came to light that one teammate, Dani Alves, had offered to donate part of his liver and sacrifice his own playing career to help Abidal.’ © Rick Banks 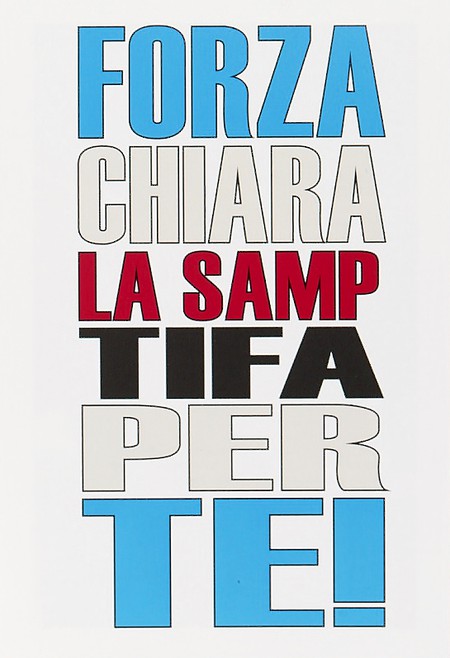 Genoa is the capital of the Italian region of Liguria, by the coast and near the border with France. It has two historic football clubs, Genoa CFC and UC Sampdoria, or ‘La Samp’ as they are affectionately known. This particular story showcases the bond between footballer and fan.

‘Chiara Bonomo, from the Ligurian town of Recco, lives with tetraplegia after suffering from medullary ischemic reflex in 2009, something which drew support from her football team, Sampdoria, and the wider community.

After the game against AC Siena, ‘La Samp’ stalwart, Angelo Palombo, removed his shirt revealing the proclamation “For Chiara ‘La Samp’ (Sampdoria) is rooting for you!” set in the famous Sampdoria colours of blue, white and red. Inspired by the act and the story, the Recco community created their own versions of the statement, hanging them publicly around the town.

Strong in her recovery, Bonomo is now an active campaigner for disability rights and change in her community, and through her campaign “Uno per tutti per Chiara!” (Everyone for Chiara!) is calling for better facilities for disabled persons in the coastal town and beyond. The Genoa club still support Bonomo, she still supports Sampdoria and she has Palombo’s name and number on the reverse of her La Samp replica strip.’ © Rick Banks 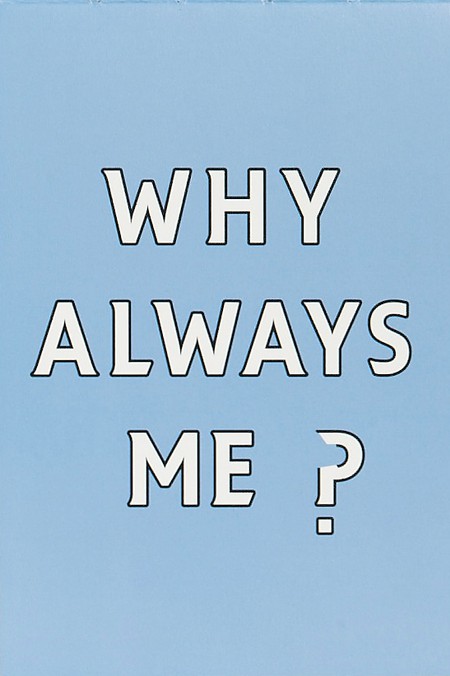 ‘The world of football has been graced by personalities, but perhaps none like Mario Balotelli. Enigmatic, controversial, divisive, frustrating and undeniably gifted, the Italian striker has saturated airtime and column inches around the world as pundits, players, managers and supporters alike, debate his perpetual extremes.

As both Manchester clubs raced for the title (in the 2011-12 season), City travelled to Old Trafford to face Manchester United in one of the most famous derby games in their history. Balotelli scored a brace in a 6-1 victory for City that offered the soapbox he was looking for.

At Balotelli’s request, then-kitman Les Chapman, himself a former player, organised the printing using the exisitng Premier League characters to create the undershirt, but showing deft typographic command and economy fashioned a ‘?’ from a ‘P’ and ‘.’ creating one of the most infamous messages ever to be seen on the field.

For Balotelli, he later expanded, saying the shirt was “just a message; a question I wanted to ask … to all the people that talk bad about me and that don’t know me.” The plea was simple: “Just leave me alone.” Because he will always fascinate, that’s why it will always be him.’ © Martin Rickett 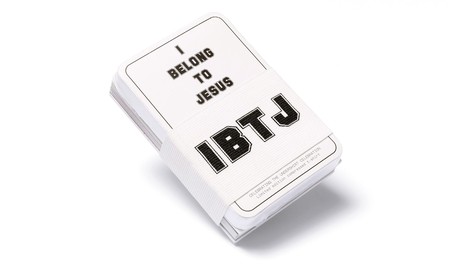 Book, t-shirt and armband in one perfect package. Courtesy of Craig Oldham
Give us feedback