How to Spend 24 Hours in Stratford-upon-Avon 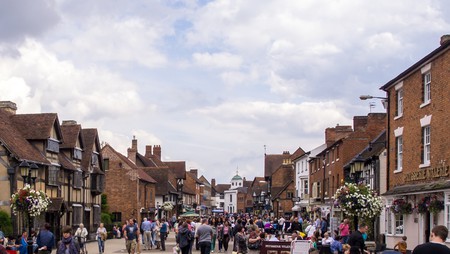 Stratford-upon-Avon is famous for its medieval architecture, the River Avon and, of course, William Shakespeare. But while there’s plenty of Shakespeare related activities to get your teeth stuck into, there’s so much more to this picturesque town than just that…

We’ve put together our perfect itinerary on how to spend 24 hours in Stratford-upon-Avon – featuring Shakespeare’s Birthplace, Anne Hathaway’s Cottage, a quirky, hidden magic emporium and a local farmers and craft market. Enjoy!

Many of Stratford-upon-Avon’s striking Tudor timber-framed houses still stand, and Hathaway Tea Rooms is one of the finest examples. Occupying a Grade II-listed building dating back to 1610, some of Hathaway Tea Rooms’s illustrious past lives include a bookshop, apothecary and shoe shop, before becoming the tea rooms that it is today, in 1931. Visitors will be pleased to hear that the Tudor façade matches its interior, with beams, exposed brick walls and vintage décor making this cosy tea room perfect for a spot of breakfast in Shakespeare’s county. 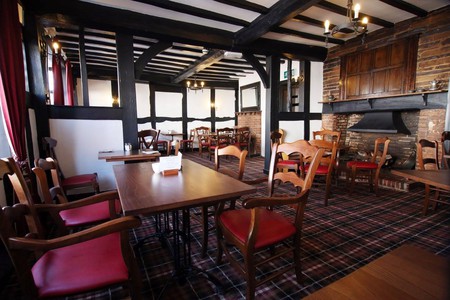 Explore the wonders of Henley Street

Just a short walk across the roundabout from Hathaway Tea Rooms is Henley Street, one of Stratford-upon-Avon’s most popular areas. Famous for Shakespeare’s Birthplace, Henley Street is also home to an array of shops, cafés and restaurants on this straight run of historic buildings. From the Beatrix Potter gift shop, Timeless Tales, to various souvenir shops and perhaps the draw of the street, Magic Alley & The Creaky Cauldron, there’s plenty here to satisfy your curiosity. This historic magic shop is the oldest of its kind in the world and even houses a popular magic attraction and a cosy café at the back where you can try butterbeer.

Pro tip: Stock up on your decorations early, as the Nutcracker Christmas Shop is open year-round!

No visit to Stratford-upon-Avon would be complete without a trip to Shakespeare’s Birthplace. William Shakespeare, arguably the world’s greatest bard, was born in this exact house and lived there until around the age of 23. The timber-framed, Tudor house was passed down to various Shakespeare descendants until 1847 when the Shakespeare Trust purchased it, and it’s been in their care ever since. Today, visitors can explore the original house and garden, see live performances and delve into various exhibitions.

Pro tip: Literature fans should not miss the Shakespeare Bookshop – they’ve one of the most extensive collections of reading materials you’ll find. 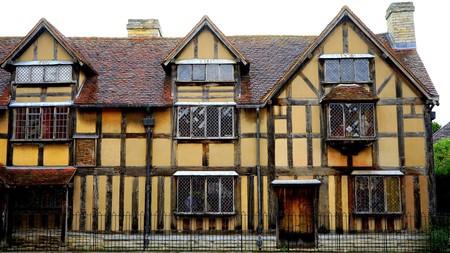 Just a short stroll from Shakespeare’s Birthplace is Stratford-upon-Avon’s famous farmers and craft market, located on Rother Street. As well as the usual fresh fruit, veg, meats and cheeses you’ll find at a farmers market, local traders also set up stalls with anything from vinyl and candles to football memorabilia and clothes.

Row down the River Avon

Between the seasonal operative hours of March and October, it’s highly recommended to take to Stratford’s picturesque River Avon. Just a casual five-minute stroll away from both Shakespeare’s Birthplace and the farmers market will see you by the water where you can rent anything from pedal boats and canoes through to gondolas and motor boats. Boat hire is available between 9:00 am until dusk and gives you an unrivalled perspective of the town.

Pro tip: When you’re done, cross the bridge to the other side of town where you’ll find Stratford Butterfly Farm and mini golf. 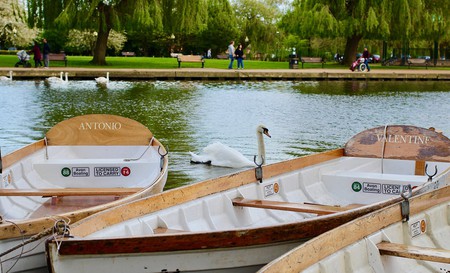 Go for dinner at El Greco

Just over the road from the farmers market is El Greco, a Greek restaurant and one of Stratford-upon-Avon’s finest places to eat. This cosy eatery, set over two floors, is in another of the city’s most historic buildings. With great food, great value and great views, you’d be mad not to give this place a try. Not a fan of Greek cuisine? Perhaps try Edward Moon, a popular British brasserie just a few minutes’ walk away.

Catch a play at the Royal Shakespeare Theatre (RSC)

The Royal Shakespeare Theatre is a 1,000 capacity theatre with the best reenactments of Shakespeare plays such as Hamlet, Macbeth, King Lear and the absolute classic, Romeo & Juliet. Most plays have both matinee and evening performances scheduled, but we can think of nothing better than heading here after a long day exploring this medieval market town. 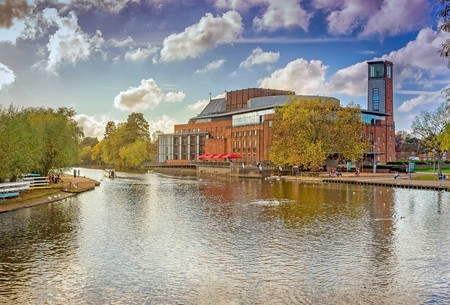 You’ll know by now that Stratford-upon-Avon houses hundreds of historical buildings, but this is one of the most celebrated. An inn since 1718, with the building’s history dating back as far as the 14th century, The Garrick is a must for anyone visiting the town. This pub’s character is worth the visit alone, but legend has it that it’s haunted too. 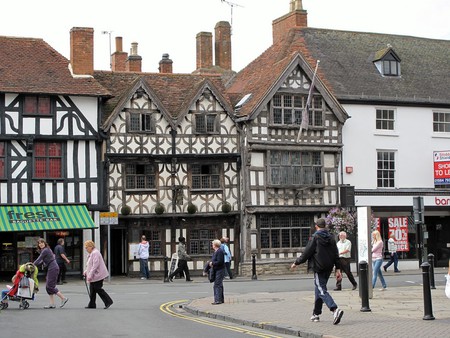 Close your day with a pub crawl

While Stratford-upon-Avon may not be blessed with nightclubs, it has a number of historic pubs on offer. Once you’ve finished at The Garrick, you could do worse than to stumble around the corner to the Rose & Crown or head back towards the waterside for a few drinks at The Dirty Duck. The latter being the perfect precursor for a nighttime stroll along the stunning River Avon. If you still have room for more, head back near to where you started the day with a visit to the Old Thatch Tavern, a 15th-century inn with a thatched roof just across from where the farmers market takes place.