How to Spend 24 Hours in Gibraltar 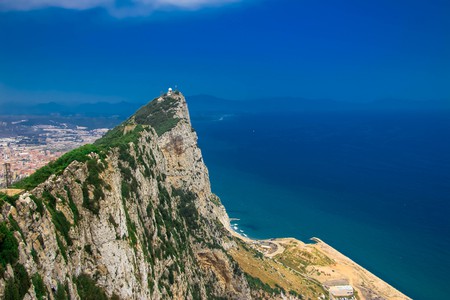 The British overseas territory of Gibraltar is located on the southern tip of the Iberian peninsula, just 13 miles from the northern coast of Africa. Its blend of British, Spanish and Moorish cultures and architecture make it a fascinating place to visit, as you’ll find when you read our guide to getting the most out of 24 hours here.

Gibraltar is about three miles long by two miles wide, and a great way to familiarise yourself with its layout – and to enjoy some spectacular views – is by taking the cable car up to the top of the Rock. The lower station is located in the town centre and takes you up 400 metres to the top base, from where you see Africa to the south and Spain to the north, as well as the rest of the island (also to your south). You’ll also receive a friendly welcome up here from the famous Barbery macaques, Europe’s only resident species of monkey, who will happily nick your belongings given a chance – so keep valuables close to you. As the story goes, when the Barbery apes die out, the British will lose Gibraltar, although whether that will happen before Brexit is anyone’s guess.

Returning to the town centre after your cable car trip, you can walk south through the old town (via Europa Road) to Gibraltar’s southernmost tip, Europa Point. Despite its £4 million renovation in 2011, this part of the island isn’t much to look at, with a few rather plain buildings, a playing field and a lighthouse being the most visible developments. However, the views of the north coast of Africa – just 13 miles away across the straits – are crystal-clear in good weather, as is the Moroccan mountain of Jebel Musa. According to legend, Musa and the Rock of Gibraltar were originally one mountain which Hercules split in two, thereby linking the Mediterranean Sea with the Atlantic Ocean and creating the two Pillars of Hercules. 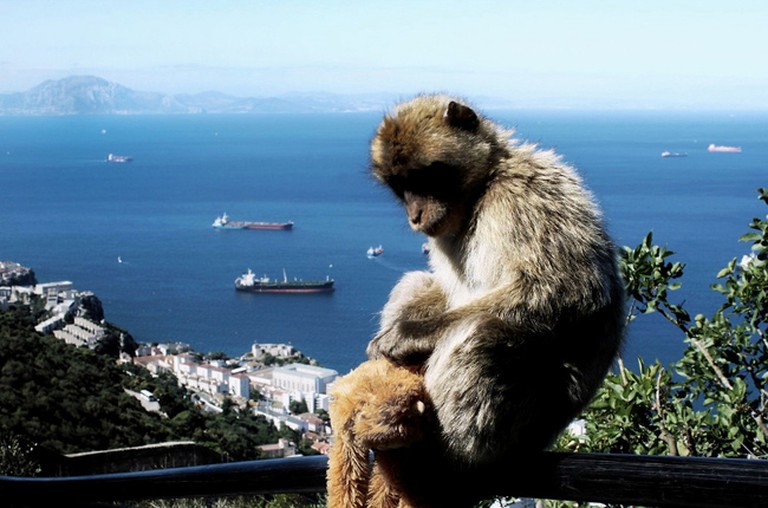 After taking in the views of Africa, head back northwards up Europa Road to Gibraltar’s Old Town, which occupies the northwestern corner of the island facing Algeciras on Spain’s south coast. Walking around this busy area of narrow shopping streets and residential quarters – the central artery of which is Main Street – can be a bizarre experience: warm sun and spotless blue skies tell you you’re somewhere in the Mediterranean, yet the pubs, red telephone boxes and a branch of Marks & Spencer tell you you’re in the UK. Street names in this intriguing part of the Rock only became official in 1870, before which locals referred to them by way of their most notable building or function, and many have retained their original designation (Governor’s Lane, Library Street, etc).

Have a pub lunch

After a busy morning familiarising yourself with the Rock, it’ll be time for lunch, and where better to have it than in one of the old town’s many comfortable English pubs? Again, it can be surreal strolling past Mediterranean or Moorish architecture one minute only to find yourself outside The Red Lion Pub the next – but this is one of the unique pleasures of visiting Gibraltar. There’s plenty of choice on The Rock if you’re after a pub lunch and a pint, but particularly recommended are the Horseshoe Inn (which also does a good range of real ales) and the Royal Calpe – both located on Main Street – and the Lord Nelson on Casemates Square. 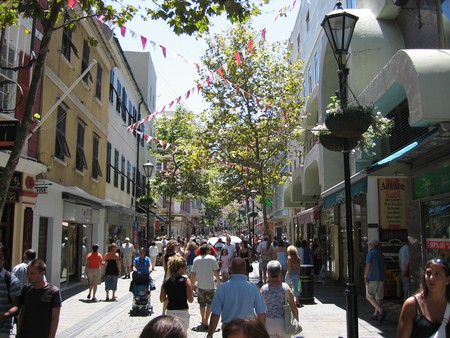 Museum
Facebook
Email
Twitter
Pinterest
Copy link
Share
Map View
After lunch, get to grips with the history of Gibraltar. A good place to start is the Gibraltar Museum, which explores the cultural and natural history of the island and, on its basement level, displays its 14th century Arabic baths. Separate rooms trace the Rock’s cultural history from Carthaginian times through to the present, as well as exploring its natural and prehistory, the marine life that flourishes along its coastline and the Great Siege of Gibraltar (1779-1783) – in which the Spanish and French unsuccessfully tried to wrench the territory from British control. The stunning Arabic bath house, which at one time was used as stables by the British military, is one of the best preserved in Europe.
Open In Google Maps
18, 20 Bomb House Lane, Gibraltar, GX11 1AA, Gibraltar
+35020074289
Visit Website
Give us feedback

After the museum, head to The Great Siege Tunnels – without doubt Gibraltar’s most fascinating attraction. In 1782, towards the end of a three year effort by the French and Spanish to take Gibraltar from the British, their construction was ordered by then-Governor General Eliot as a way of transporting guns to an advantageously positioned outcrop of rock known as the “Notch”. Work proceeded at an astonishing rate and after a week’s tunnelling (by hand, sledgehammer and explosion), a ventilation shaft was knocked through to improve working conditions. Workers realised the aperture was perfect for a gun, and another three were placed in the same way, rendering the “Notch” unnecessary. This incredible network of underground passageways was extended after the siege ended and again during the Second World War. 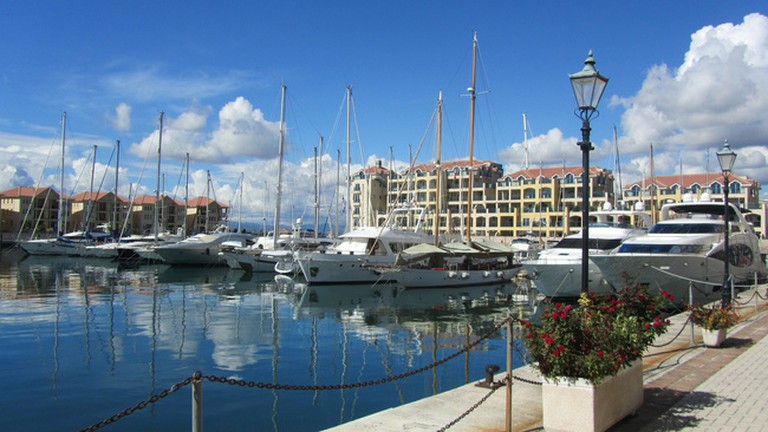 Have dinner on the marina

Round off your day in Gibraltar with a dinner on the smart Queensway Quay Marina. This extensive mooring area has been renovated in recent years and is now a popular spot for yachters to stop for a break on their way to or from the Mediterranean. Its main promenade is also home to some superb restaurants, serving Spanish-style grilled fishes and meats and boasting lovely outside terraces overlooking the marina. There’s plenty of choice, but particularly good are the Lounge Bar, where the cheesecake is highly-praised, and The Rendezvous Chargrill, which does fantastic steaks and desserts. What better way to finish off your trip to this beguiling place than enjoying excellent food and wine while watching the yachts come and go, as the sun sets over the Rock?