How the Titanic Changed the World

The repercussions of the infamous shipwreck of the Titanic on 15 April 1912, still resonate today. The National Maritime Museum’s new exhibition, Titanic Stories, proves that we are still captivated by the personal testimonies from the event, generations after the survivors have told their stories.

Dr Eric Kentley, the guest curator of the Titanic Stories exhibition, explains that the sinking of the Titanic had both a practical and emotional impact on the world.

‘After the tragedy of the loss of 1,496 people, ships were required to carry enough lifeboats for everyone on board, radios were required to be kept on for 24 hours a day and an international ice patrol was established. But it also had a huge social impact’, he said.

‘This was the first major international disaster. It impacted the lives of people all over the Northern hemisphere. Southampton, where a great many of the crew lived, was hit the hardest, but even people from Cornwall, where the exhibition is being held, lost their lives. All around the world, even as far as Australia, monuments were erected and huge sums of money were raised for the dependents of those that had been lost.’ 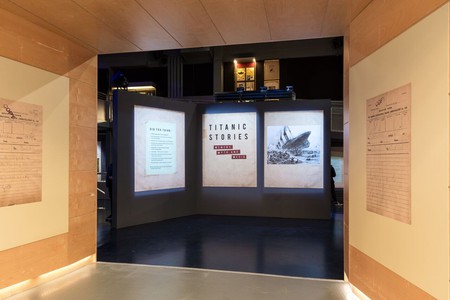 The tragedy of the Titanic has remained prominent and well known, even 100 years after the event. Dr Kentley suggests that our fascination with the Titanic ‘may be partly because we imagine—erroneously—that Titanic represented a golden age that was symbolically lost when the ship went down (and the world was indeed turned upside down two years later when the First World War began). It’s possible also because it’s a story of, as Walter Lord, the author of A Night to Remember put it, ordinary people in extraordinary circumstances. Every type of human behaviour imaginable seems to have been there—including cowardice, bravery, incompetence, dutifulness, self-sacrifice, selfishness and genuine heroism. I also think that, because it is only just over the horizon of human memory, it is very easy to imagine oneself on that ship on that night and wonder how we might behave ourselves.’

The Titanic Stories exhibition, currently being held at the National Maritime Museum Cornwall from March 2018 until January 2019, presents never-before-seen objects of survivors, victims and descendants of the disaster. Dr Kentley’s favourite relic, he explains, would be ‘a life jacket worn by one of the survivors, a love poem taken from the pocket of a victim… but actually [he’d] choose the 30-foot lifeboat that the National Maritime Museum Cornwall has constructed. It’s a very well researched reconstruction, and it brings home how terrifying it must have been to have been lowered from the deck of the Titanic to the sea, and how vulnerable the survivors must have felt in the Atlantic.’ 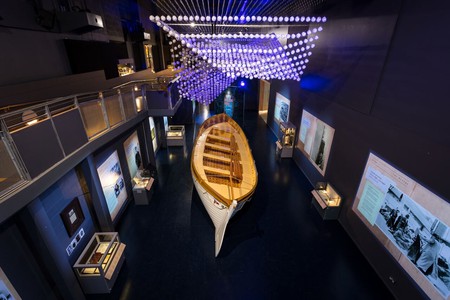 Many people become familiar with the Titanic tragedy through depictions of the event in the blockbuster movie, starring Leonardo DiCaprio and Kate Winslet, or other documentaries. Dr Kentley suggests that the many media representations of the tragedy have led to a false perception of what actually happened on board the ship.

‘What we know about what happened that night is based almost entirely on survivors’ accounts, [who] often disagree. Take for example the idea that “Nearer My God to Thee” was the last tune played. Almost every film ever made plays this, but the evidence is from a single person who had left the ship long ago. Similarly, there is no evidence for locked gates keeping the Third Class passengers in, or the shipbuilders claiming the ship was unsinkable. Yet the shock of the loss of this ship seems to be so great that we can’t accept the simple explanation that she was going too fast and struck an iceberg—documentaries are always looking for another theory.’ 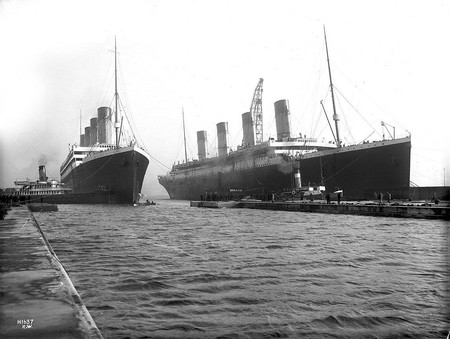 The story of the Titanic has united us all to this day. Over 1,000 victims of different races, classes and religions were lost in the shipwreck, leaving countless loved ones behind. It has been over a century since the tragedy, yet we still imagine ourselves onboard the ship and wonder how we might have acted in the circumstances. Dr Kentley claims that ‘We will never really know what happened that night, so perhaps we should think of the Titanic not as a history lesson but as a modern morality play.’