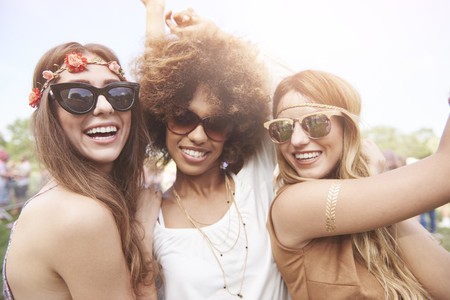 Every year as festival headliners are revealed, the gender imbalance that blights the music industry is laid bare for the world to see.

Reading and Leeds, Wireless and Glastonbury are just some of the festivals that have been criticised for featuring few female performers in their line-ups.

Singer Lily Allen called out London festival Wireless for only having three women on its bill this year: Cardi B, Mabel and Lisa Mercedez.

The struggle is real pic.twitter.com/R58zKuCaK2

It was only last year that Lady Gaga made history by becoming the first woman to headline Coachella after replacing a pregnant Beyoncé. The festival has been running since 1999.

The #MeToo movement has changed gender politics irrevocably; 2018 will be remembered as the year women refused to be silenced any longer and embraced their power to effect change.

It’s hoped that Keychange, a new initiative led by PRS Foundation, will channel this momentum into concrete action on the music-festival circuit. The aim is to encourage bookers to drastically up the number of female acts.

Liverpool Sound City, Iceland Airwaves, Sweden’s Way Out West, Estonia’s Tallinn Music Week and Canada’s MUTEK are among 85 festivals that have already signed up to Keychange, pledging a 50/50 gender split in their line-ups by 2022.

PRS Foundation is a charity that supports new music and talent development. Its CEO, Vanessa Reed, tells Culture Trip that the organisation initially set up a fund called Women Make Music in 2011 after realising only 16% of its funding applications were from female musicians.

She says: ‘The current gender gap in line-ups and backstage is generally far too great. In 2017, women made up 26% of the line-ups in a sample of large music festivals and less than 10% of headliners in the US.

‘Many of the Keychange festivals have already achieved a 50/50 balance. This proves that there’s a wealth of talent to pick from amongst the current and next generations of female talent and over 80 festivals believe they can make this change over the next few years. This is a positive sign.’

While the response to Keychange has been ‘extremely positive’, according to Reed, some festivals have refused to sign up, believing that achieving a 50/50 gender split in four years is too difficult. 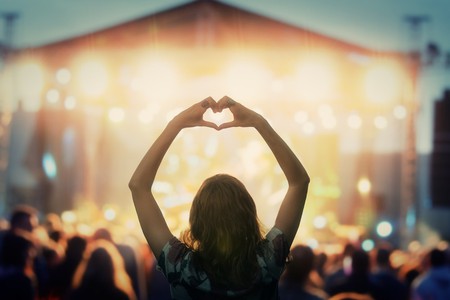 85 festivals have signed up to Keychange so far | ©AstroStar/Shutterstock

‘Change in the gender gap has been minimal over the past 10 years in spite of many talent development and mentoring programmes,’ Reed says.

While it might take time for line-ups to become more balanced, Read outlines steps all festivals could take now: ‘Consciously seek out talent that’s under-represented at their event, diversify booking teams, make festivals safe and welcoming to female artists as well as men and leave enough time to replace female acts that aren’t available with other female acts.’

Burger A-Go-Go in Orange County, California, has been curating a female-only line-up since 2014. Comedian Emma Knyckare has gone one step further, organising a women-only festival for later this year in Bananpiren, Gothenburg, following a spate of sexual assaults at Swedish music festivals.

Reed says: ‘I’m not sure that single-sex festivals solve the challenge that Keychange is addressing, which is to encourage men and women from across the industry to work together on equality and inclusion. Festivals featuring all genders should be safe spaces – I wouldn’t want young girls and women to think that female-only events were the sole option for a positive experience.’

Ultimately, Keychange is hoping to make women much more visible than they have been at music events, and to tackle an issue that is much debated but far from resolved.

‘Festivals and live-music events have a huge impact on music fans. If most of the songs have been written or performed by men, the stories we’re listening to only present one gender’s perspective on the world,’ Reed says.

‘If the people we see on stage are mainly from the same group, then how can those who are under-represented see where they fit into the picture?’