How India Was an Enduring Inspiration for Howard Hodgkin 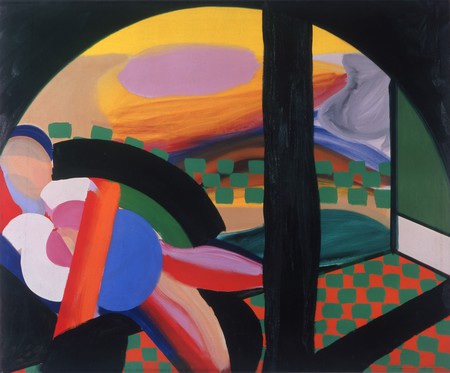 The Hepworth Wakefield’s Painting India exhibition is a triumphant celebration of how a country was a constant source of inspiration for the late British painter.

Howard Hodgkin had been fascinated by Indian art since he was a schoolboy, but he didn’t manage to make his first trip to the country until he was in his mid-thirties. ‘I spent my first night in India asleep on a bedding roll on the station platform,’ he says in a video that was made shortly before his death earlier this year, and now serves as an introduction to the Hepworth Wakefield’s exhibition. Despite this unpromising start, the sights and sounds of the country enraptured the artist. ‘It proved a revelation. It changed my way of thinking and, probably, the way I paint.’ 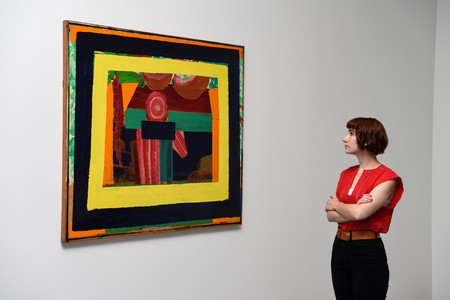 Hodgkin’s obsession also led to the development of his enormous collection of Mughal art, which is considered to be one of the best in the world. A few of the finest examples have been included in the first room of this extensive chronological show, contextualising his love for the country alongside never-before-seen journals and archival material relating to his designs for the British Council building in New Delhi. 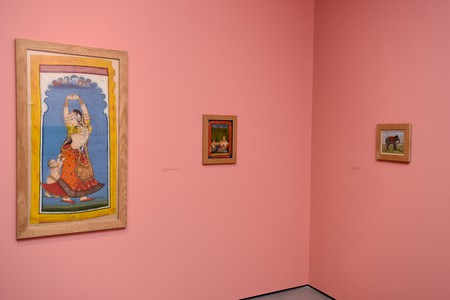 ‘Howard was often slightly loath to show the collection alongside his paintings because he didn’t want people to make that connection,’ says curator Eleanor Clayton, ‘but he did say that Bombay Sunset (1972–73) was directly linked.’ This beautifully over-painted panel mimics the decorative curves visible in a seventeenth century gouache known as A Court Beauty, as well as sharing a palette rich in dark umbers and flaming oranges. 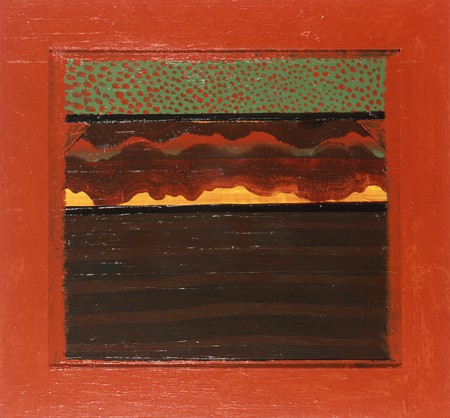 Beyond this exception, Hodgkin was always more interested in painting the warmth and openness of the people of India than directly referencing what he saw around him. However, his visual language did change considerably during the ensuing decades, when he returned to the country – specifically cities such as Bombay and Mumbai – almost annually. His earlier works are within the field of abstraction, but remain anchored by figurative elements and references to specific locations in their titles.

Mrs Acton in Delhi (1967–71) clearly references a reclining woman (identifiable by a cluster of curved geometric shapes) who is looking out of a vast, black archway into the world beyond. The work is the only piece on display to be painted on canvas, as Hodgkin’s durational approach (often years in the making) caused him to switch to wood boards. ‘I want to attack it again and again and again, and the trouble with canvas is that if you attack it more than once of twice, there’s nothing left.’ 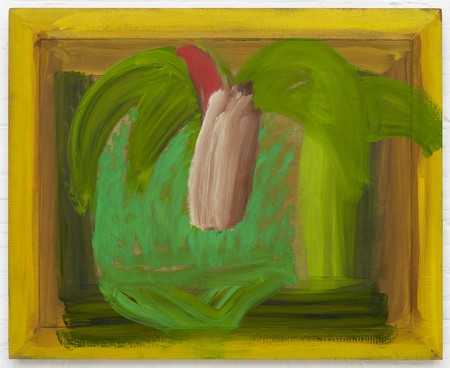 As the decades drew on, Hodgkin’s work became more and more abstract. Where he once sought to capture the energy of a specific scene he later moved on to create bolder, gestural work that was infused with the sensory impressions of blazing sunsets, tropical storms and the cacophony of vivid colours found in the day-to-day life of the inner cities. In works such as Summer Rain (2002–2013) the indication of a tree is not unlike the scene from In the garden of the Bombay Museum (1978–82) begun some 30 years before, but the latter has a much more immediate quality, hinting at the landscape but focusing heavily on the raw intensity of a heavy downpour. 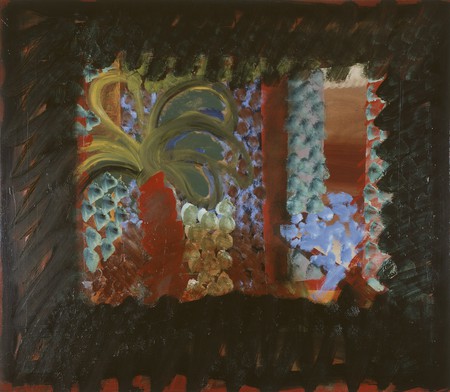 Howard Hodgkin, In the Garden of the Bombay Museum, 1978-1982 | © Howard Hodgkin. Courtesy the artist and Gagosian

In the last four years of his life, Hodgkin began to paint in Mumbai itself, returning to the same flat every year, with one room converted into a studio. Despite his ailing health he became even more compelled to work. ‘He just wanted to paint,’ says Clayton. ‘There were so many pieces in his head that he was trying to get to. There’s a real urgency, whereas the older works are more contemplative.’

The last room in this show is given over entirely to pieces made in the last years of his life, demonstrating his enormous output in comparison to previous sections, which represent entire decades. By this point Hodgkin has reduced his practice to a few marks, each filled with a certain ferocity and urgency. In place of laboured layers of paint there are just a few strokes, and in some cases the raw board is even left untreated. 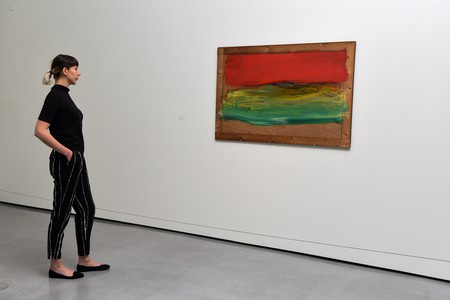 According to Clayton, by this point Hodgkin was spending a lot of time ‘doing the work in his head’ before committing to a composition. The huge physical demands of painting also meant that his assistant Andy would even hold him up or build him extra-long brushes, so that he could continue to work. ‘Howard made every mark. I think it was the only way, because his work was so personal.’ 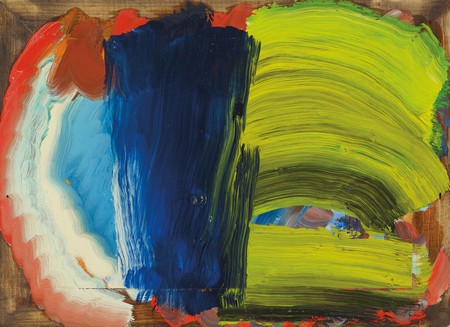 These final paintings are arguably the most intriguing; there is a restlessness that invites you to enter the artist’s inner psyche as opposed to contemplating the outward world he might have seen. Night Thoughts (2014–15) is a standout with its distinct monochrome palette, the singular black mark struck against a white background calls to mind insomnia and agitated energy. Bombay Blues (2014–15) is similarly emotive; blocks of azure are impressed into a rectangle and seem to speak of an inner melancholy as much as a purity of colour. 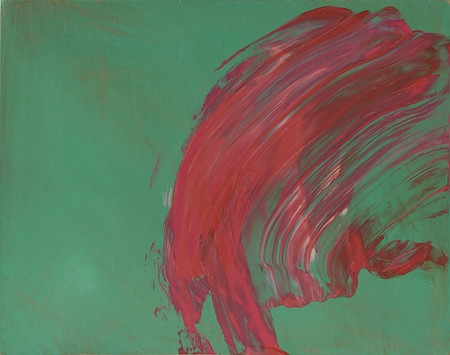 In these late works it is as if Hodgkin has transcended his explosive celebrations of a country he loves and forged a new narrative, reminiscing over his thoughts, experiences and memories. These vital, vibrant final paintings are emblematic of Hodgkin’s ability to convey sensory experience and human emotion, a skill that became ever more distilled in his final years. In this show you will certainly be shown the sights and sounds of India, but you will also get a precious glimpse into the mind of a truly formidable artist.