How Children's Literature Is Playing Catch-Up

What makes Riley’s video, which now has over five million views, so effective, is not just the uninhibited eloquence of a young and curious mind, but the revelation of an essential flaw in our collective approach to gender. It is a flaw that promotes conformity over freedom of choice, and one which perpetuates an unhealthy power dynamic between the two sexes where men are empowered and women are constrained. This flaw is not only a pathology within the retail industry, but one that manifests overwhelmingly in children’s books, where seemingly archaic gender stereotypes are reinforced with thoughtless fidelity. But owing to a widespread reckoning within the publishing industry, change is on the horizon.

Giordi De Angelo and Howey Mitsakos are two people set on refreshing our approach to gender in children’s books, and moving away from stereotypes around what girls and boys should aspire to become. De Angelo, an author and activist for gender equality and Mitsakos, an illustrator and owner of Novel Studios, have come together to create an original children’s book aimed at teaching children ‘they can pursue any future they want’. Launched as a Kickstarter project, Would You Love Me is a book hoping to engender a sense that children should feel free to pursue any career they choose, regardless of their sex. 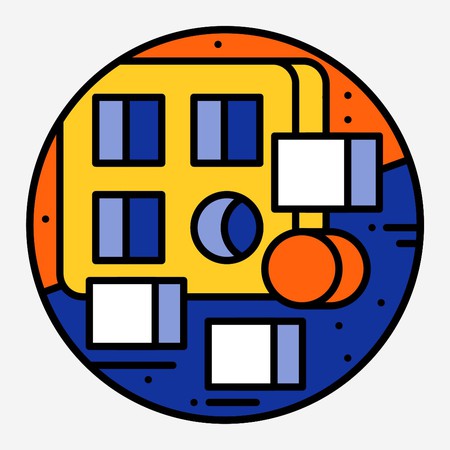 ‘Our hope is that children all over the world won’t be afraid to be the the truest versions of themselves, with the support of their parents and family. We also hope that our book will help teach future generations to truly embrace gender equality,’ says De Angelo, who cites the launch of UN’s HeForShe initiative as their source of inspiration. ‘Children are like sponges, they soak up a lot of information. That’s why it is so important to teach kids at a young age to not be limited by their gender, and to embrace gender equality.’

It seems that De Angelo and Mitsakos’ initiative is not a singular example, but a concomitant thread with an industry-wide movement that is set on making children’s books more gender equal. Sarah Odedina, editor-at-large for Pushkin Press’ children’s imprint, believes social media has helped to shift the unchallenged worldview held by the publishing industry for decades: ‘I feel that for a long time a predominant point of view has existed in terms of what is published because of the people making the decisions being so certain of their world view – both publishers and booksellers. Now that the audience is so powerfully vocal thanks to social media the creators of the material have to listen to what is being asked for.’

Jean Piaget was one of the most influential child psychologists of the 20th century, and according to his theory of cognitive development, it is between the years of two and seven that children start to develop the faculties of memory and imagination as well as the ability to conceive of the past and the future. This cognitive maturation is hugely significant in forming ideas around ‘who I am’ and ‘who I want to be’, a crucial early stage in the formation of the self. Given that books are one of the primary sources children have for placing themselves in the world at this stage of development, is it not imperative that the material they read should be expansive and diverse, free from any strict narratives or expectations?

For Odedina, not providing equal representation in children’s book is tantamount to depriving them of an essential human need for exploring empathy. She says: ‘[reading] allows the reader to escape into new worlds, to learn and anticipate changes in their lives and to practise their responses to those changes by empathising with the stories of other people. If young people feel that books are always about “other” sorts of people we are denying them the pleasures and value that reading gives human beings… In a society in which we place such value and importance on reading it has to be available to all and on equal terms.’ 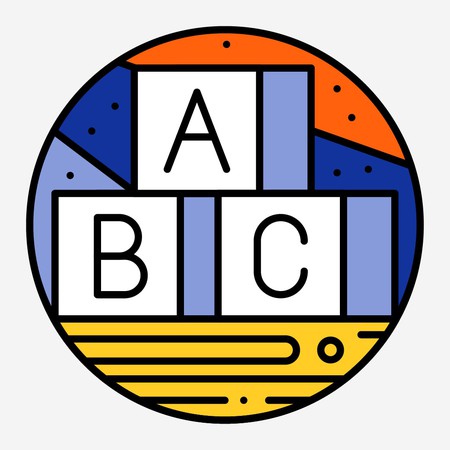 While gender stereotyping in children’s literature is one major problem, its lack of racial diversity requires equal attention. Following extensive research in the US which for years has revealed the consistently tiny fraction of books published by BAME writers, the UK is confronting a similar trend, though it lacks the statistical research to back it up.

As such, Arts Council England recently announced they would fund two studies into the diversity of children’s literature, following suspicions that the genre contained a serious lack of ethnic representation. ACE’s director for literature Sarah Crown went further, telling the Guardian, there is a ‘paucity of high-quality books for children and young adults by and about people from all walks of life’.

The study will be carried out by the Centre for Literacy in Primary Education and will investigate fully the current state of children’s literature with regards to racial diversity and representation. Farrah Serroukh, the director of the CLPE project, maintained that ‘under-representation, and a lack of quality of representation, has been an issue for a very long time… It’s not just a case of creating ethnic minority characters, it’s a case of what proportion they represent, and what is the quality of that representation.’

Though the statistics are unknown, there is overwhelming evidence that the industry not only suffers from poor ethnic diversity, but has been aware of this shortcoming for years. This is not a question of naivety, but a failure to act. As Odedina maintains, the under-representation in the industry is not merely a suspicion, but a unanimously held view: ‘I would say suspicion might imply that there is some doubt. There is no doubt. It is an industry which is shockingly lacking in diversity and ethnic representation both in terms of who is employed as well as in terms of what is published.’ 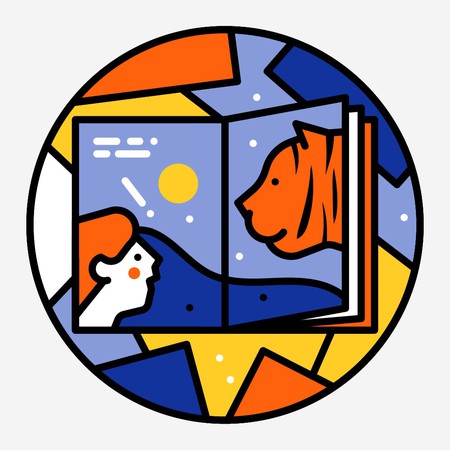 Though Odedina suggests that things have moved forward, the industry still suffers from a hangover of white, middle-class hegemony: ‘Twenty and twenty-five years ago I published BAME authors and books about families that are not the accepted tradition model of mother, father and children. In the past those books were harder to get to market than they are now because of too many barriers along the way (I was told books about black children didn’t sell, and books with black people on the cover didn’t sell, I was heavily criticised for publishing a book in which the central character’s mother was lesbian). I know that those things would not be said now. However I don’t doubt it is still very difficult for BAME authors and authors questioning gender stereotypes to get their work considered as seriously as straight white writers.’

What Odedina powerfully highlights is not just the prejudice against subject matter, but the lack of access for BAME authors themselves. Despite recent efforts to increase access to publishers and agents for under-represented writers, such as Nikesh Shukla’s new publication The Good Journal and Penguin Random House’s programme Write Now to name just two, a recent report published by Arts Council England in December and reported by the Guardian found that ‘over the past 15 years or so the position of BAME writers within British writing and publishing, never robust, has in fact gone backwards’.

While an awakening of sorts seems to be taking place, efforts to embed and normalise equal representation into children’s books have some way to go. It’s a question of moving something from the margins to the centre of the page, a move that requires both power in numbers and cultural reflection. For Odedina, intervention must begin in the classroom: ‘We need to offer more mentoring for young writers. We need to offer young people in school role models so that they realise that writing and publishing could be a profession for them.’

In January of this year, the Academy Award-winning actress Lupita Nyong’o announced she was writing a debut children’s book called Sulwe, meaning ‘star’ in Nyong’o’s native language, Luo. The story follows a five-year-old girl in Kenya who has the darkest skin colour within her family, that she struggles to accept and seeks to lighten. Stemming from Nyong’o’s own insecurities growing up and her subsequent journey of self-acceptance, she hopes to engender an enthusiastic ownership of ‘external beauty, but also, get to the deeper business of being beautiful inside’. 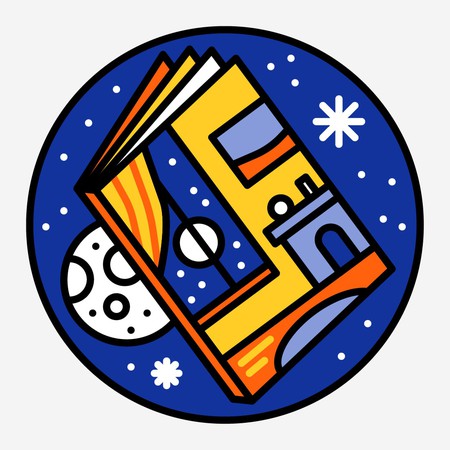 She also added that between the ages of five and seven, ‘you learn all the things that you spend the rest of your life trying to unlearn’. Recognising the formative significance of these years, Nyong’o, as well as many industry experts, is hoping to rethink the material that is consumed at this developmental stage, and promote ideas of self-determination, the beauty of difference and ultimately, freedom.

At its core, this is about fairness. And humans are neurologically hardwired to favour fair outcomes. A study carried out by Golnaz Tabibnia, Ajay B. Satpute, and Matthew D. Lieberman at the University of California, Los Angeles, in 2008, found that fair treatment actually activates reward circuitry in the brain. In the study that involved experiments with subjects negotiating financial arrangements, they even found that individuals would forgo financial gain in the form of free money for deals that felt unfair.

This is an important insight, less for its economic context, but for revealing the psychological benefits of fairness. Fairness is not just an ideal principle, but a human need that induces pleasure, a need that must be upheld, practiced, nurtured in all professional and social spaces. But where is it more pressing to practice such a need, than in the pages of children’s books, that can determine so much with the ease of so little?