Henry Moore | Back to a Land

Henry Moore was an English sculptor and artist, best known for his monumental bronze sculptures, which are featured around the world as public works of art. A new exhibition called Henry Moore: Back to a Land has been running from 7 March and is open until 6 September 2015 at Yorkshire Sculpture Park. 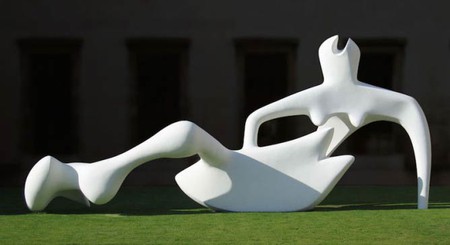 The major exhibition has been set up in collaboration with The Henry Moore Foundation and takes a fresh approach to Moore’s work by exploring the artist’s radical notion of placing sculptures in the landscape. Large sculptures have been skillfully installed around the park in order represent the importance of earth in Moore’s creative thinking. His sculptures, some of which are rarely seen in public, emphasize Moore’s ability to create art from investigating the land and the rich geology of Britain. Mary Moore, the artist’s daughter, has also helped to put the exhibition together. She collaborated with the exhibit’s organisers in order to curate a selection of personal artefacts, sketches, and photographs of Henry Moore, allowing visitors at the exhibition to learn about and explore the man behind the sculptures.

Henry Moore was born on July 30, 1890 in Castleford, West Yorkshire, and died on August 31, 1986 in Much Hadham. He was one of eight children, born in to a family that often struggled with poverty. He claims it was learning of the achievements of Michelangelo that drove his desire to become a sculptor. After attending Castleford Grammar School, where his headmaster soon noticed his talent and interest in medieval sculpture, he went on to become a teacher and did a stint in the army. After the First World War Moore received an ex-serviceman’s grant to continue his education, and in 1919 he became a student at the Leeds School of Art (now Leeds College of Art). In 1921, Moore won a scholarship to study at the Royal College of Art in London. 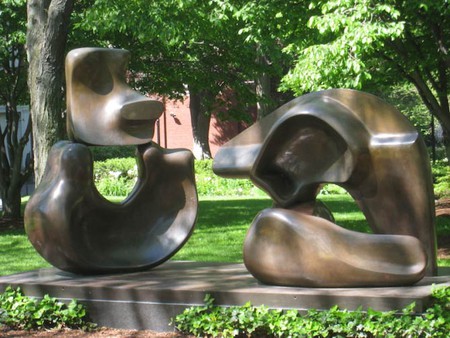 After graduating Moore became a teacher again, pursuing sculpting in his spare time. His first public commission, West Wind (1928–29), was one of the eight reliefs of the ‘Four Winds’ high on the walls of London Underground’s headquarters at 55 Broadway.In 1932, after six years of teaching at the Royal College of Art, Moore took up a post as the Head of the Department of Sculpture at the Chelsea School of Art. At the outbreak of the Second World War, Moore resigned from his teaching job and in August 1941, the War Artists’ Advisory Committee (WAAC) commissioned Moore to draw miners working underground at the Wheldale Colliery in Yorkshire. 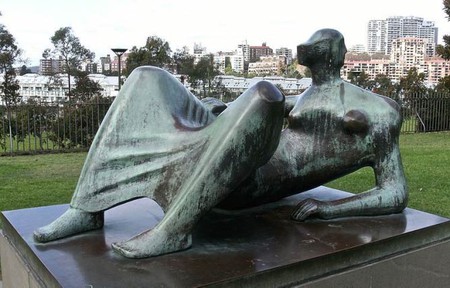 In the 1950s Moore’s commissions began increasing significantly. In 1953 he completed a four-part concrete screen for the Time-Life Building on London’s New Bond Street, and in 1955 Moore completed his only work in carved brick, Wall Relief, at the Bouwcentrum in Rotterdam. He also designed a reclining figure for the UNESCO building in Paris in 1958. He started to employ more and more assistants to work with him in his studio in Much Hadham, and he became renowned for his stunning sculptures which are usually abstractions of the human figure. These often depict reclining figures, and many interpreters describe them as representing the landscape and hills of Yorkshire, Moore’s birthplace.

Moore’s carved marble and cast bronze sculptures were instrumental in introducing a new form of modernism to the United Kingdom. His sculptures were a new and exciting type of art at their time, and Moore went on to complete many large-scale commissions, which made him an extremely wealthy man and worldwide celebrity. Moore put most of his earnings into establishing the Henry Moore Foundation, which continues to support education and the promotion of the arts today. 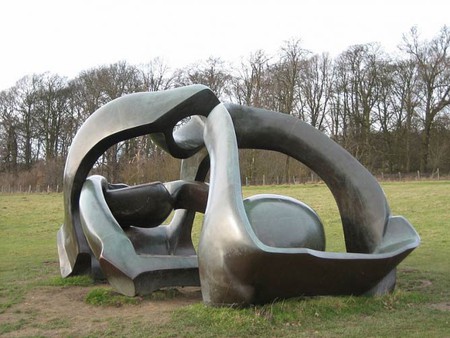 The Henry Moore Foundation is a registered charity, founded by the artist in 1977, and it aims to advance the public education and appreciation of the fine arts. Its main responsibilities are producing exhibitions around the world, funding exhibitions and research at the Henry Moore Institute in Leeds, and preserving Moore’s legacy at his home in Hertfordshire, which welcomes visitors to its resident gallery, 70 acre sculpture park, and studios. 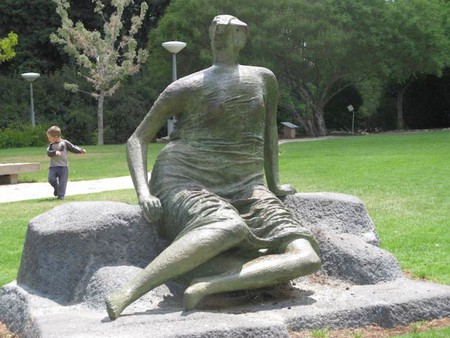 Art centres dedicated to Moore have opened around the globe. For example, The Henry Moore Sculpture Centre in the Art Gallery of Ontario in Toronto, Canada, opened in 1974. Most of the work here was donated by Moore between 1971 and 1974. Many artists have acknowledged the importance of Moore’s work in influencing their own art. These artists include previous assistants to Moore like Sir Anthony Caro, Phillip King, and Isaac Witkin. Moore has also received recognition for his work through various awards. In 1948, Moore won the International Sculpture Prize at the Venice Biennale. He was also awarded the Companion of Honour in 1955 and the Order of Merit in 1963, to name a few.