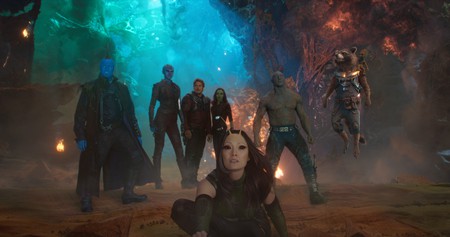 James Gunn’s sequel to the most entertaining film in the ever-expanding Marvel Cinematic Universe is as fun as the original. What it lacks in narrative impetus, it more than makes up for with spectacular set pieces and wonderfully interlinking characters. 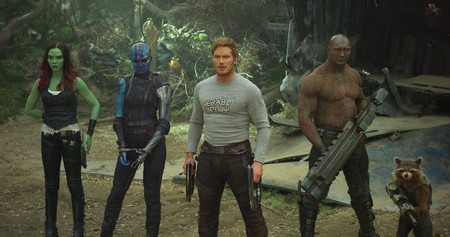 Check out these SPOILERS too: Miley Cyrus, Crazy Cameos and Other Surprises From Guardians of the Galaxy Vol. 2

The Guardians of the Galaxy are back! We meet the formidable yet highly dysfunctional group, on their latest mission to defeat an evil space monster and protect a series of highly prized batteries. Unable to resist, Rocket Raccoon (voiced by Bradley Cooper), helps himself to a handful of the valuable assets, unwittingly unleashing the wrath of Ayesha (Elizabeth Debicki) and her legion of followers.

The constant bickering between Rocket and Peter Quill (Chris Pratt) leads to a crash landing, but not before Ego (Kurt Russell) saves the day. It turns out the mysterious stranger has actually been searching the galaxy for his son… Peter.

Meanwhile, ravager Yondu (Michael Rooker) has been hired to kill the Guardians, but faces a mutiny of his own when he decides to protect his former protégé.

Back on the planet Ego has created for himself, his true identity and intentions are revealed. Gamora (Zoe Saldana) is busy trying to fight off her sister Nebula (Karen Gillan) and Drax (Dave Bautista) is attempting to push away the advances of Ego’s companion Mantis (Pom Klementieff). Can the team be brought back together to defeat their latest foe?

Five Reasons Why Doctor Strange Is the Best Marvel Film Yet

Benedict Cumberbatch on Filming Doctor Strange on Location in Nepal 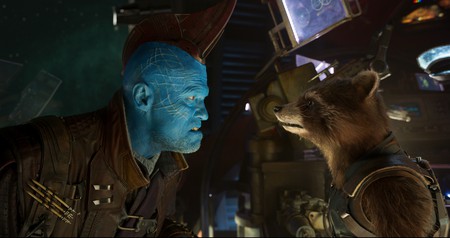 Let’s start with the bad news. Guardians of the Galaxy Vol. 2 isn’t as good as the original. It was always going to be a tough act to follow, and the sheer weight of expectation drags down this intergalactic adventure.

To be fair, when James Gunn unleashed his 2014 blockbuster, we feared it would be the misfire from Marvel that many have been waiting for. The cast may have been well-known, but were hardly A-listers (the vocal talent of Bradley Cooper aside) and the characters from an obscure comic book were even harder to identify.

Still, the film went on to be a huge critical and commercial hit – the perfect blend of sci-fi, action, comedy and thrills.

Most of these elements are here in the sequel too, but with one additional detail missing. This time around there is little to no urgency to proceedings, and as a result the whole film feels a little too insular when compared to the original. Even the threat of the destruction of the universe comes across as a minor family squabble at times. 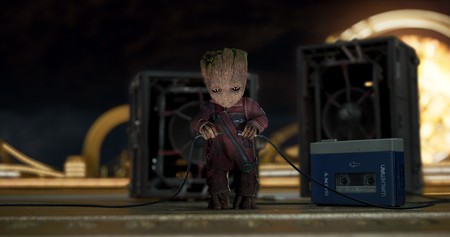 It’s that idea of family that reigns over the plot. Peter learns who his father is, and what powers that has given him. Kurt Russell is effective as Ego, the aptly named celestial being who is also a planet of doom. The daddy issues are well thought out, pulling in Michael Rooker’s Yondu as a believable alternative father figure.

Gamora and Nebula have their own sibling rivalry to deal with, and it’s taken to extreme limits in this film. Both Zoe Saldana and Karen Gillan turn what could have been a series of absurdly pulpy scenes into something surprisingly heartfelt. Rocket and Baby Groot – who by the way is so cute he distracts from the movie somewhat – are themselves struggling with the notion of family and where they fit into the action.

There are some spectacular set pieces – most of which take place on the imaginatively realised planet of Ego – and plenty of laughs too. Also worth a special mention is the opening scene, which sees a digitally youthful Russell frolicking with Laura Haddock, who fans will remember playing Quill’s mother in the first film. It’s hugely entertaining, as is most of the film.

If anything, our advice to Gunn for the third film in the series (which has already been announced) is to leave out some of the gags. Not every scene needs a joke or drawn-out punchline to make it work. This should be a comicbook movie after all, not a comedy.

Guardians of the Galaxy Vol. 2 is on general release from April 26