Greg Whyte on the Challenges of Endurance Sport

Greg Whyte is an expert in sports science and an authority on exercise physiology. The former Olympian has coached 23 different Sport & Comic Relief challenges and, with the release of Ross Noble Off Road (in which the comedian takes on the gruelling Scottish Six Days Trial), we chatted with Greg all about the nuances of endurance sport.

Culture Trip (CT): What was your involvement with the Ross Noble Off Road series?

Greg Whyte (GW): I didn’t directly work with Ross, but was giving them insight into what completing these challenges require in terms of the physicality and psychology that go along with them.

CT: Do you find any major differences working with celebrities when compared professional athletes?

GW: I guess the critical difference is where people’s talent lie, celebrity or not. An athlete’s talent lies within a specific sport, but a comedian like Ross will have the same traits – tenacity, bravery, the ability to deal with success, and to deal with failure – so all I’m doing is working with someone with a different skill set. The celebrities who take on these challenges may not have knowledge of their physical self, which is very common. It’s not about me motivating them to work harder, it’s about helping them understand how to best use what they’ve got. 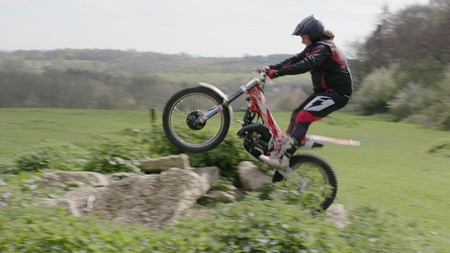 Ross Noble - Off Road Episode 1 - Ross Noble on Bike - Ross training in his own back garden, that he's turned into a trials track

CT: Are you talking about people literally not knowing what their body is capable of?

GW: It can be something as seemingly simple as not knowing their heart rate rises when they do exercise, or people not exercising because when they do they get out of breath. Some of the people I’ve worked with, like Davina McCall or John Bishop, had done quite a lot before, but many have never done sport, or don’t like sport. Understanding your physical self is actually quite a rare thing.

CT: In Ross’ series he goes back and forth between feeling he has nothing to lose to feeling like he doesn’t belong – is that common?

GW: What people don’t see beneath is all the work it takes. There is an ‘X Factor culture’ where people expect easy, instant success. What you have to understand is nothing good comes easy and that these guys are very competitive by nature. Ross is a stand-up comedian, he’s extremely successful in a very competitive, saturated market. If you put [yourself] into an environment that is unique, the barometer of how you feel swings between zero pressure to ‘I want to win this.’ That competitive element, if harnessed, can be incredibly positive – it makes you work harder and keeps you concentrated, but it can also be a negative if the fear of failure takes control.

CT: Does it all being filmed play a part in that?

GW: Absolutely. The bottom line is he knows everybody is going to be watching and the programme and people can be incredibly judgemental. They’ll decide if he’s not good enough, or not skilled enough. On reality shows people don’t expect you to do well, but Ross is a successful comedian, so people expect him to be successful at other things, even though that makes no sense. The TV coverage is an added pressure because millions of people could see him fail. If he’s successful that’s fantastic, but the failure is often a far bigger driver in these environments. 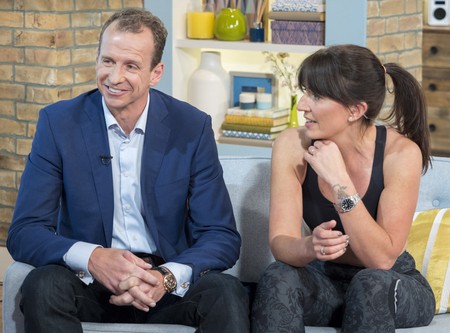 EDITORIAL USE ONLY. NO MERCHANDISING Mandatory Credit: Photo by Ken McKay/ITV/REX/Shutterstock (4715411ba) Greg Whyte and Davina McCall 'This Morning' TV Programme, London, Britain. - 27 Apr 2015 ACHIEVE YOUR GOALS! With the London Marathon just yesterday, there has never been a better time to get motivated and get active. But how do we do it and where do we start? Motivational guru Greg Whyte is here with his Top Tips to getting yourself motivated and achieving success. He'll also be taking calls later on everything from losing weight to getting that promotion at work.

CT: And those people you mentioned may also have no idea how difficult the challenge actually is?

GW: Part of being an elite athlete is that they make what they do look incredibly easy. When you get up close and personal you realise just how difficult it is. Lots of people will see Ross riding his bike and think ‘I can ride a bike, it’s no big deal’ without appreciating how tough the challenge is.

CT: Were you interested in physiology and psychology when you competed yourself?

GW: I think as an elite athlete you have to be. You’re always trying to make yourself better and that’s not about working harder – [it’s about] understanding the science of coaching better and making training more bespoke and more tailored to your needs. It’s all about getting the best out of the individual.

CT: What are the biggest mistakes that people make when training for endurance events?

GW: People underestimate how difficult challenges are. They under prepare, not just regarding training, but across the board. In endurance events it is physiological, psychological and sociological. It takes over your life, and the family and friends that see a lot less of you might not understand how much work you have to put in. Most will only see the end product – on stage or competing. 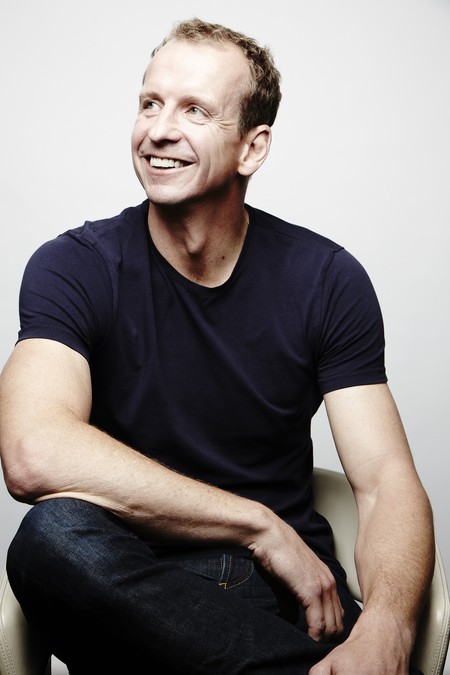 GW: [I do a lot of] ultra swimming [and that’s] about as isolated as you can get. Those times can be quite cathartic, or meditative. A zen-like state is probably pushing it a bit, but there’s lots of reasons why ultra athletes do what they do and that thinking time is a big one. The sense of achievement in training is also a big factor, having that constant reward mechanism improves confidence and self esteem.

CT: Are you ever approached regarding challenges that you think are simply too tough?

GW: There’s two things that govern whether we do a challenge, and both are down to health and safety. Firstly, do we have enough time to plan it properly, with all the logistics involved? The second part is the absolute safety of it. The big climbs, like Everest or the north face of the Eiger, where one in eight people die trying to climb it, are going to be too tough. If a celebrity was an expert climber it might be a possibility, but being an expert sort of defeats the point of the challenge.

CT: How much can a mind carry a struggling body?

GW: It works in both ends of that spectrum. When the body is a long way from breaking, the brain can give up and stop pushing. The opposite of that is that you can have a body that is absolutely broken to pieces and the mind will continue to push. I’ve worked with people who have frostbite and pneumonia who still continue to go because their brain keeps pushing. The vast majority of people have brains that will give up long before the body, but elite athletes are the opposite, and it can be very dangerous.

To some extent that’s my job. You want drive, but you don’t want the blinkered drive that increases risk. I work with people who have no off switch. The respect between me and [the people] I work with is very important because they have to listen to me. TV makes people do things they wouldn’t ordinarily do and you have to take into account media coverage. What can help is me, or someone else, taking the responsibility out of their hands [and helping] them rationalise it. So, they haven’t given up, they’ve been told they can’t continue.

GW: I’ve actually published work on this. The main risk are issues concerning the heart, but endurance athletes live longer than the average population. They also have a better morbidity, that is, a better quality of life for the time that they are alive. They remain fit, strong and mobile and overall, there is no evidence that repetitive endurance is bad for your health. In general it’s about moderation and there is certainly potential for damage because of how hard they push the limits, but in general they live longer and better lives.

CT: What advice would you give to someone planning on doing an endurance event?

GW: Planning is everything. You can’t rock up and do it because these are arduous challenges in every sense. You have what I call a ‘happy bank’ and every training session is investing into that happy bank. You need that bank to be as full as possible because the challenge itself will suck the happiness out – the more reserves you have to draw upon, the happier you’ll be. Endurance challenges can be a miserable experience so you have to plan, you have to prepare. The critical thing is goal setting, in the short and medium term.

CT: With that in mind, can anyone do an endurance event?

GW: The simple answer is yes. I’ve done events with heart transplant patients and cancer patients, but it always requires the correct planning to do so. As long as it’s approached correctly it can be done.

CT: If someone completes their first endurance event, how likely is it that they’ll do another?

GW: In general they do come back. That euphoria can be instant when the challenge is achieved, but it continues when people ask you about it months later, you get that reinforcement of success. There is a temptation to relive that. Going through these challenges puts you a sort of club. People can almost classify you based on what you’ve done. To some extent, [it’s about] the nature of who you are – being hard working or having that tenacity I mentioned earlier. The rise in ultra endurance over the last two decades has seen a growing number of people doing them and a growing understanding of what it entails. There’s a huge amount of mutual respect.

Ross Noble: Off Road airs Thursdays at 8pm on Dave.