The History-Making Black Women You Should Know About 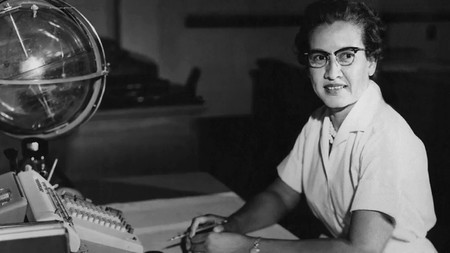 Katherine Johnson played a key role in the moon landings. She's one of many brilliant Black women who changed the course of history | © NASA / Getty Images

Throughout history, Black people have made huge contributions to society – but those achievements have often been ignored or played down because of the colour of their skin. Black women, in particular, have faced double the prejudice, on counts of both race and gender. Culture Trip reports on these amazing women who’ve earned their place in history.

In recent years the Black Lives Matter movement has been leading the fight against racial injustice, while the death of George Floyd mobilised the world and sparked an unprecedented demand for change.

But for Black women, the hashtag #SayHerName has become a movement in itself, after US Senator Kamala Harris reminded the world that Breonna Taylor, a woman of colour, was fatally shot by police in Louisville, Kentucky, in March 2020 and still no one has been charged. Millions of people then tweeted Taylor’s name on her birthday, 5 June, using the hashtag #SayHerName.

Here at Culture Trip, we want to show allyship with Black Lives Matter by chronicling the achievements of several significant Black women who helped shape history.

Madam CJ Walker is recorded in the Guinness Book of World Records as the first female millionaire in the US. After experiencing hair loss, she created a line of products specifically designed to nurture Black women’s hair and to help promote growth. She developed what is now referred to as the Walker System. The method revolutionised hair care for Black people.

Walker used her wealth and influence to support Black people in the US, funding scholarships and donating to the National Association for the Advancement of Coloured People (NAACP) and other charities. 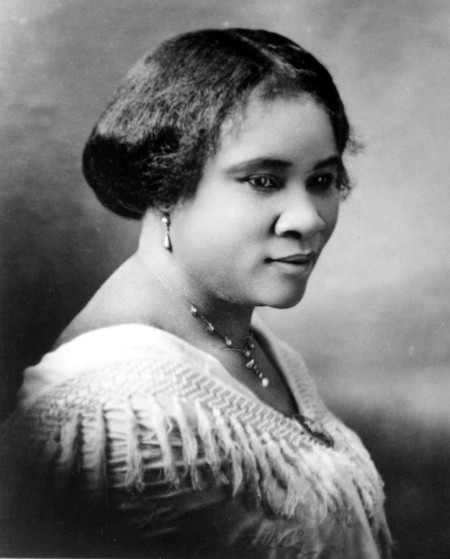 The first African American doctor in the US, Rebecca Lee Crumpler became a doctor of medicine in 1864 when she graduated from New England Female Medical College.

During her working life she faced both racism and sexism: male doctors snubbed her, pharmacies questioned her when she filed prescriptions and some people disparaged the letters MD after her name, saying they stood for “mule driver”.

In the face of such adversity, she went on to become a respected physician and one of the first medical authors, publishing A Book of Medical Discourses.

In 1955, Rosa Parks was arrested for not giving up her seat to a white person on a segregated bus. She recalled that rather than being physically exhausted that day, she was simply tired of giving in. There began a boycott of public transport by the African American residents of Montgomery, Alabama – one that lasted 381 days.

During this time, many attempts were made to intimidate the community so they would end the boycott; churches were set on fire, Black leaders’ houses bombed and many members of the community arrested under antiquated laws.

In June 1956, the District Court ruled that segregation on public transport was unlawful, and the Supreme Court upheld this decision. Parks had inadvertently begun a movement that ultimately changed race relations and the rights of the Black community in America for ever. She changed the course of history. 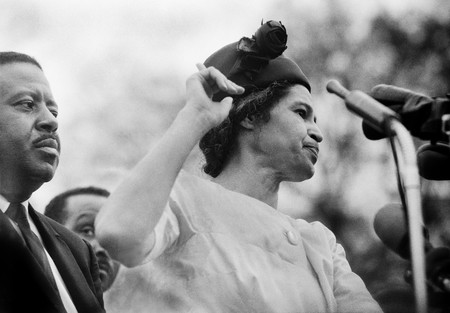 Breaking down barriers since the age of just six, Ruby Bridges was the first African American student to attend a previously segregated white elementary school in the South. While segregation had been outlawed since 1954, the Southern states – particularly Ruby’s home state of Louisiana – had held strong to separation in schools.

However, in 1960, the federal government ordered the state to allow integration in schools. Holding her mother’s hand, Bridges walked a few blocks to school in New Orleans, passing crowds of angry white people. A white person shaking a black doll laying in a coffin as she passed is a memory that Bridges, now 65, says she will never forget.

Only one teacher was willing to have her in class, and she mostly ate lunch alone and had to be escorted to school by federal marshals every day that year. She went on to work as a travel agent and is still an activist for racial equality. 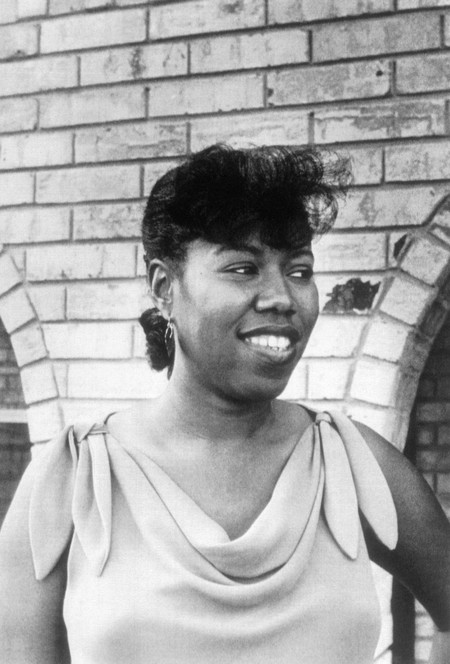 Ruby Bridges pictured in 2000. As a six-year-old, she forced the desegregation of integrated public schools in New Orleans | | © Bettmann / Getty Images

A poet and author, Audre Lorde’s written work was incredibly important in the fields of LGBTQ and feminist literature. Examining the ways that sexual orientation, race and gender interact, alongside pioneering queer stories and theory, Lorde’s body of work was complex and varied.

Born in 1934, she focused on the subdivisions of the female identity and the topic of intersectional feminism, encouraging people to use their differences as strengths. As Lorde, who died in 1992, put it, “I write for those women who do not speak, for those who do not have a voice because they were so terrified, because we are taught to respect fear more than ourselves. We’ve been taught that silence would save us, but it won’t.” 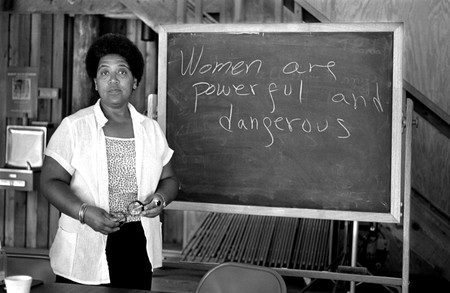 Sarah Rector’s family were designated freedmen on the Dawes Rolls after the American Civil War, allowing them land allotments thanks to the Treaty of 1866. Rector then became one of around 600 Black children given an allotment that they personally owned.

Her father paid the $30 annual tax, despite petitioning to be able to sell the land, and eventually leased it to the Standard Oil Company who struck black gold. Laws at the time required wealthy Black children to be assigned white guardians, and Rector’s was designated as TJ Porter.

Her story garnered so much attention, she was sent marriage proposals and loan and gift requests despite being only 12 years old. Her story also gained the attention of the NAACP and was integral to the organisation creating a department specifically for the protection of Black children.

Without Katherine Johnson, Nasa would not have put a man on the moon in 1969. One of the most capable mathematicians the world has ever seen, Johnson was able to calculate the exact trajectories required for Apollo 11 to land on the moon.

Largely unknown for her key role in the moon landing, Johnson only became a partial household name in 2017, thanks to Hollywood film Hidden Figures. It shone a light, not only on Johnson, but numerous other women, too – particularly women of colour – who were an integral part of the Nasa team during the moon-landing era. 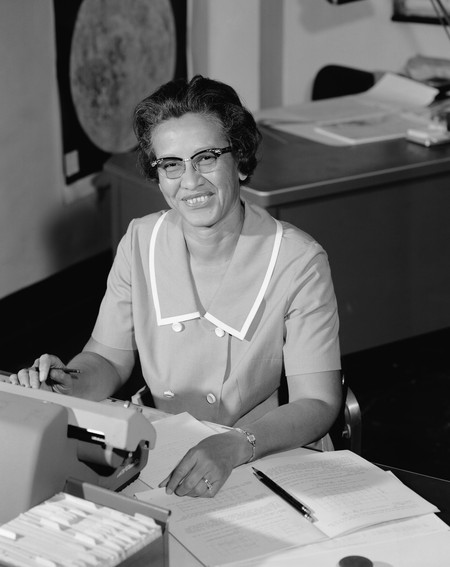 Best known as the founder of London’s Notting Hill Carnival, Claudia Jones was also a journalist and activist. Born in Trinidad in 1915, Jones and her family moved to New York when she was eight. She joined the Young Communist League USA aged 21 and rose through the ranks, but as a great orator, she gained unwanted political attention.

Jones was imprisoned on Ellis Island before being deported to the UK, where she was offered residency on humanitarian grounds. She threw herself into London’s West Indian community and committed to fighting for their rights, founding and ran the West Indian Gazette and Afro-Asian Caribbean News – the UK’s first weekly Black newspaper.

Strong racial tensions in the 1950s led to a number of racially driven riots and a series of attacks and murders of Black men. This ultimately led Jones to set up a festival to celebrate Caribbean culture, with the first one being held in St Pancras Town Hall in 1959 – the first iteration of what would eventually become the Notting Hill Carnival. 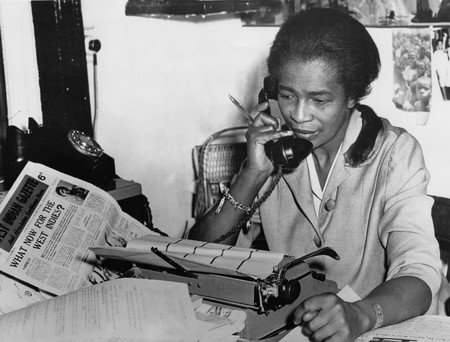 Trinidad-born journalist and activist Claudia Jones at the offices of the ‘West Indian Gazette’ in Brixton, London, 1962. Jones founded the newspaper in 1958 and was its editor until her death | | © FPG / Archive Photos / Getty

Seized from West Africa at just seven years old, Wheatley was transported to Boston, where she was sold as a slave to the Wheatley family in 1761. With help from the family she was enslaved to, Wheatley taught herself to read and write, and published her first poem in 1767 in Rhode Island’s Newport Mercury.

A poem that Wheatley wrote about the death of reverend George Whitefield was subsequently published as part of his funeral sermon in London in 1771, bringing her international attention.

After struggling to find anyone to publish her first collection of poems in America, Wheatley travelled to London thanks to financial support from the Countess of Huntingdon, and published her first book of works, Poems on Various Subjects, Religious and Moral, in 1773, making her the first Black woman – and the second woman in history – to have a book of poems published.

Born in Jamaica in 1952, Olive Morris moved to the UK, aged nine, and settled in south London with her family. She died tragically young at age 27, of Non-Hodgkin lymphoma, yet she was an ardent activist from a young age.

She helped co-found the Brixton Black Women’s Group and was also a core member of the British Black Panther Movement. At just 17 she stepped in to stop a group of policemen who were beating a Nigerian diplomat on Atlantic Road in Brixton. They believed he had stolen the car he was driving – based on the assumption that a Black man couldn’t have afforded it.

The police then assaulted Morris before arresting her. This was just one of many instances of her involvement in the fight for racial and sexual equality.

The publication date of this story, 26 June, would have been her 68th birthday.