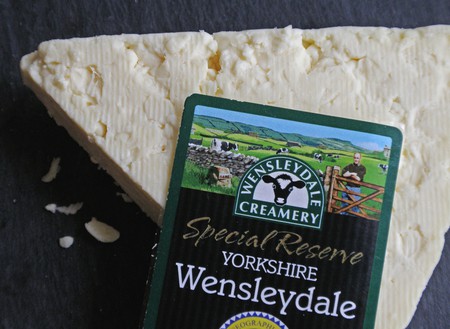 Wensleydale Cheese is one of Yorkshire’s most iconic dairy products, immortalised on film and found in the fridges of thousands across the country. And yet, we bet there’s plenty you don’t know about this famed cheese, from its famous fans to its intriguing backstory.

It was originally made by French monks

According to the official website of the Wensleydale Creamery in Hawes, a.k.a. the company that produces Wensleydale Cheese, the first people to make this particular dairy delight were French Cistercian monks back in the 12th century. After arriving in Wensleydale and the nearby surrounds, they set about making their cheese, albeit with ewe’s milk rather than the cow’s milk typical today. 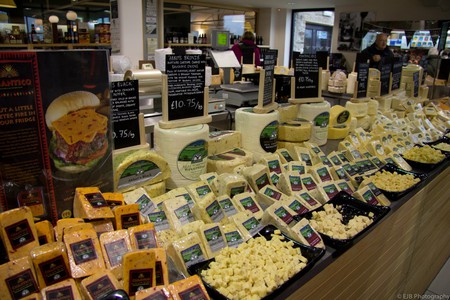 Cheeses on display at the Wensleydale Creamery | © Emma/ Flickr

It has some well-known champions

Wensleydale has some famous fans, notably the writer George Orwell…although he still ranked Stilton as the best English cheese! Even so, Wensleydale came a very respectable second place in his ‘In Defence of English Cooking’ essay. For what it’s worth, he also thought English apples were ‘outstandingly good’.

As well as being (sort of) praised by George Orwell, Wensleydale Cheese has also been the recipient of some pretty prestigious awards over the years. One of the most recent ones, given at The Great Yorkshire Show in 2018, went to the Yorkshire Cheddar, while the classic Yorkshire Wensleydale has racked up numerous prizes over the years.

You probably know that everyone’s favourite stop-motion man Wallace (of Wallace and Gromit fame) is an advocate of a good hunk of Wensleydale, but did you know that the Aardman Animations shorts helped revive the company back in the 1990s? It’s true! The brand was floundering, but animator Nick Park’s (coincidental) decision to namedrop Wensleydale Cheese helped boost sales. You can now even get Wensleydale Cheese wrapped in Wallace and Gromit branded packaging.

It was also namedropped in Monty Python

Not only has Wensleydale Cheese been mentioned in Wallace and Gromit, it was also immortalised back in 1972 in a Monty Python sketch called ‘The Cheese Shop’. Clearly, the ‘fermented curd’ called Wensleydale is a Big Deal Cheese as far as British culture goes.

Wensleydale and cranberry cheese was invented in the pub

Another iconic Wensleydale Creamery product is the Yorkshire Wensleydale Cheese. Although calling cheese ‘Wensleydale’ isn’t protected, you can’t stick a ‘Yorkshire’ on the front of the name unless it was actually produced in the Hawes-based creamery, unfortunately. Why? Well, because it was awarded PGI (Protected Geographical Indication) status in 2013. 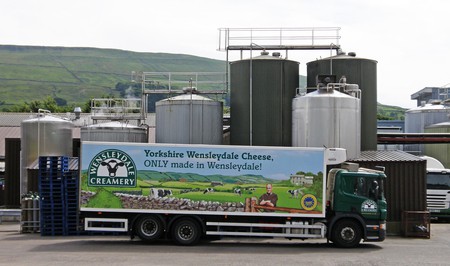 There are different types of Wensleydale

You can visit the factory

That brings us nicely onto the final point, because if you’re sold on the idea of trying some Wensleydale Cheese…well, you’re in luck! The Wensleydale Creamery is open for visits (although you should check which days they’ll be actually making cheese). While there you can explore the visitor centre, learn more about the cheese-making process and even pick up some cheese to take home. 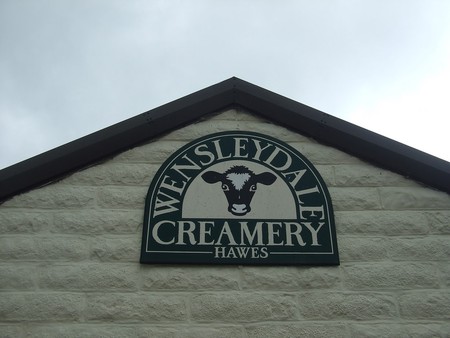