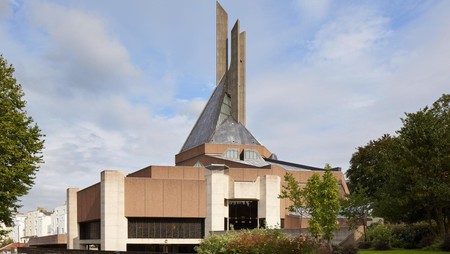 Purcell is well known for its conservation of big-name British landmarks, from Battersea Power Station to Big Ben, and while its latest restoration of Clifton Cathedral in Bristol is more modest, its preservation of this deserving Brutalist building is just as significant.

Described as a ‘sermon in concrete’ by seminal architectural critic Nikolaus Pevsner, Bristol’s Clifton Cathedral confounds expectations. For starters, it is the wrong shape for a cathedral. There are no vaulting arches, elongated nave, or spire climbing inexorably heavenward. Instead, a spiky, three-pronged summit rises above the neighbouring Victorian villas from a hexagon of pinkish Aberdeen granite. 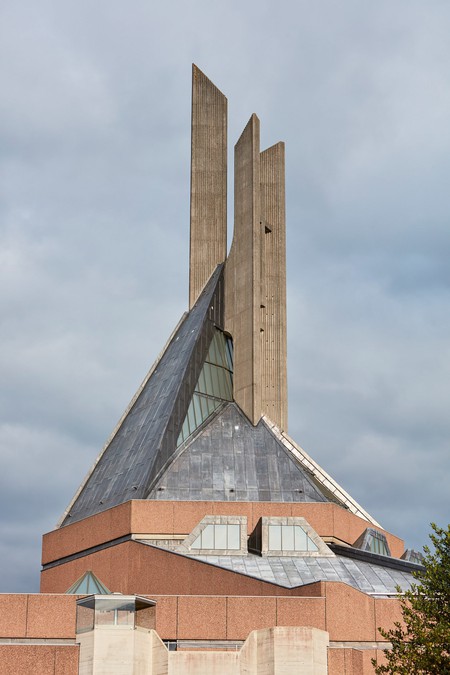 The spire has a distinctive concrete form | © Phil Boorman

Clifton Cathedral resembles post-war civic architecture more than its centuries-old forefathers of Salisbury or Durham. Perhaps this shouldn’t surprise us. Clifton was completed just 45 years ago by Ron Weeks of the Percy Thomas Partnership, its radical form chiming with the Catholic Church’s shift towards inclusivity that began with the Second Vatican Council in 1962. 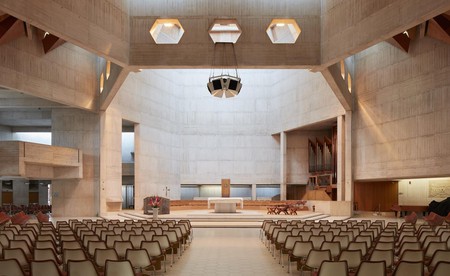 Accordingly, the cathedral’s unusual hexagonal sanctuary meant no single person was sat more than 15 metres away from the altar – an attempt to bring priest and people closer together. “The main concern was to avoid being carried away by a history of church budding styles, idioms, and tricks of the trade,” said Weeks on the project. 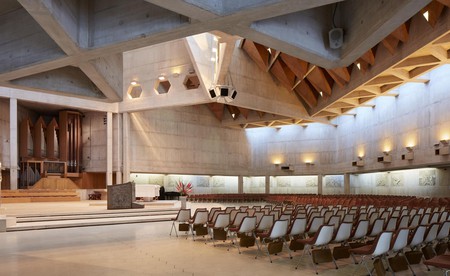 A congregation of 1,000 can assemble around the cathedral's high altar | © Phil Boorman

But it wasn’t just about creating something aesthetically different, it was an intelligent and considered design, with Weeks’ team working with the priests from the off to ensure it was dynamic and meaningful, from the light and height of the central lantern to the placement of the baptistry near to the entrance. 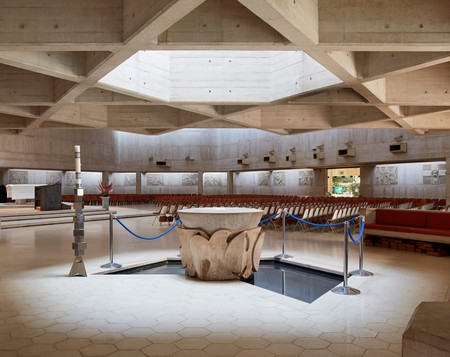 It was built for a mere £600,000 and was dubbed the “ecclesiastical bargain of the 1970s”. Today, it is worthy of a Grade II* listing and has recently been the grateful recipient of a £3.1 million-pound restoration project by Purcell.

“Clifton Cathedral is the most recent example of a major cathedral in this country, and while many local people see the building as a quirky neighbour it’s now fairly embedded into Bristol’s architectural heritage,” says Purcell’s Jane Kennedy. “The need for restoration works was partly down to inadequate detailing – quite a few of the experimental elements that were part of the original design, like the use of molten led to make the roof watertight, had never really worked – and partly due to the building reaching the end of its first major lifecycle.” 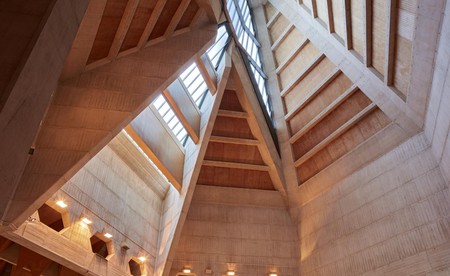 The biggest challenge for Purcell was to make the pitched roof weatherproof, which required a huge 86 tons of lead to be replaced, making it the largest lead roofing project in Britain at the time. Internally, the firm also ensured that Clifton’s high-quality board-marked concrete was retained, a key feature of the building that really sings when washed with daylight. Weeks referred to the workers pouring the concrete as passionate “connoisseurs” at the time, along with others who all gave “that bit extra” to ensure that “only the highest quality was achieved.” 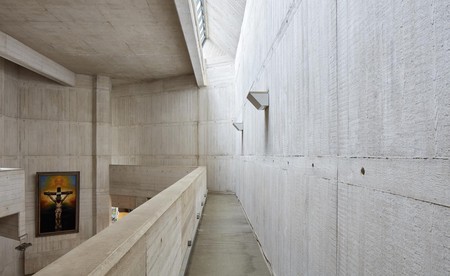 As well as carefully restoring Week’s original design and maintaining the exemplary craftsmanship, it was also a condition of the project’s funding that the cathedral opened up other parts of the building, allowing the public to enjoy previously unseen areas, including the gallery over its iconic baptistery and a previously sealed-off staircase. Visitors will also appreciate Henry Haigh’s 70 foot-long abstract stained glass panels in the narthex (a large porch), which are inspired by the Welsh countryside. 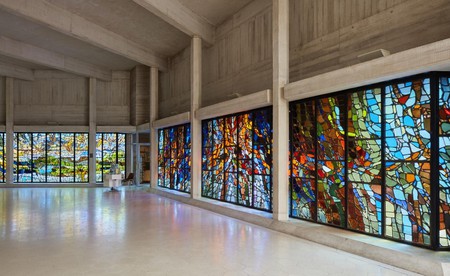 What’s telling about the significance of Clifton Cathedral is that Purcell is using it as the benchmark for its investigative works on Clifton’s esteemed Brutalist big brother, Frederick Gibberd’s Liverpool Metropolitan Cathedral. Kennedy reveals that Clifton is widely considered the best interpretation of how Catholic worship should be conducted according to the Second Vatican Council and it will undoubtedly remain an important learning tool for ecclesiastical architecture in years to come. 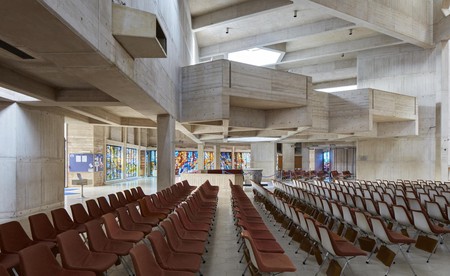 For more ‘Forgotten Gems’, check out the recent renovation of Preston Bus Station.