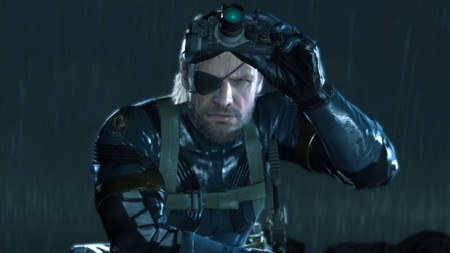 Art reflects the times. Occasionally, it can predict them. But it’s rare for a video game to do the latter, unless that game is Metal Gear.

The acclaimed stealth-action series from revered auteur Hideo Kojima made a series of uncanny predictions about events and entities which are now part of people’s everyday lives. What’s striking is how far ahead of the curve Kojima was in prophesising a number of things which at the time seemed unthinkable or just plain outlandish. With the exception of Metal Gear Solid 3: Snake Eater (which was set in 1964), each of the main games in the series offered up a vision of something in our world which is now a reality. With the newest installment, Metal Gear Survive, just released, here are the top five things which the saga got right.

Trouble With The Russians

2001’s Metal Gear Solid 2: Sons Of Liberty begins with a covert operation by special forces to seize control of a U.S. marines tanker carrying a super weapon. Said special forces are Russian. Hideo Kojima has always been fascinated by the Cold War and the antagonism between the West and Russia, and Russians have been the baddies in four Metal Gear Solid games. In the U.K., the headlines are currently filled with speculation over the possibility of clandestine Russian operatives on our own shores.

Anyone who played their way through MGS2 will remember the pesky surveillance cameras that made life difficult for protagonist Raiden. The most irritating ones were the airborne drones that hovered ominously in the air, often out of sight, before spotting Raiden and triggering an alert. Small, floating cameras are now a commonplace means of spying on others, often to the chagrin of other nations.

2008’s Metal Gear Solid 4: Guns Of The Patriots took the concept of drones to a more deadly extreme with the Gekkos, grotesque bipedal artillery units that stalk battlefields. Little did we know that only a short while after the game released, such a concept would not seem so outlandish.

The climax of MGS2 includes an extraordinary conversation between two characters, thought to be human but eventually revealed as A.I., on the nature of manipulating digital information. Long before we grew accustomed to fake news, algorithms, and private entities manipulating data, the following exchange took place;

Colonel Campbell: “But in the current, digitized world, trivial information is accumulating every second, preserved in all its triteness. Never fading, always accessible.”

Colonel Campbell: “All this junk data preserved in an unfiltered state, growing at an alarming rate. It will only slow the rate of progress, reduce the rate of evolution.”

Rose: “Everyone withdraws into their own small gated community, afraid of a larger forum. They stay inside their little ponds, leaking whatever ‘truth’ suits them into the growing cesspool of society at large.”

A Financial and Political Elite Manipulating the World

Conspiracy theories are nothing new in fiction, but the Metal Gear series distilled paranoia into a more recognisable form with The Patriots, the Big Brother of the franchise. first introduced in Metal Gear Solid 2, their influence has stretched over the whole series. A cabal of the the most wealthy and powerful minds from Russia, the U.S. and China, which came together following World War 1, would evolve into the most powerful organisation on Earth. By the 21st century, the Patriots effectively controlled America as a totalitarian regime, with their influence controlling the U.S. congress and, by extension, the nation’s military and its economy. The organisation would stage presidential elections in order to please the American public and trick them into believing that, as voters, they had control over the government. Any of the above sound familiar?