Find the Perfect Netflix Series For Any Work Commute 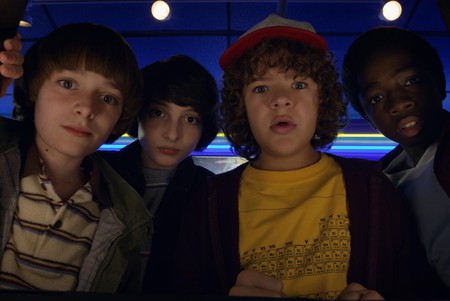 Binging on the way into work is something everyone has indulged in at one time or another. Well, Culture Trip has picked out some of the best series to watch on the train, bus or underground, so now all you have to do is avoid the nosey neighbours sat next to you. 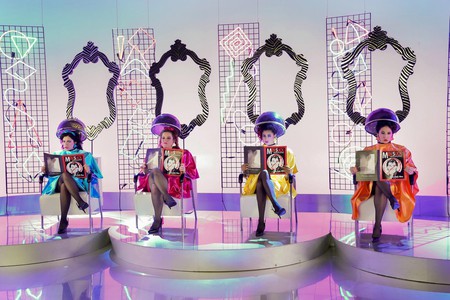 With new research suggesting that almost half of Brits binge-watch in public, it’s time to find out exactly what suits your commute. As well as the plethora of movies and one-off specials, there are also a number of exclusive shows available on Netflix such as the fantastically dark Black Mirror or the retro-infused scares of Stranger Things.

For the 20-minute commute 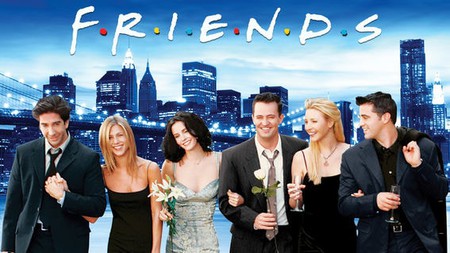 First of all, lucky you! Why exactly are you taking public transport when you can easily walk into work? Well, maybe you just really enjoy getting on the bus or the underground at rush hour. Who are we to judge? Regardless, here are some of the best shows you can squeeze in before you get to your desk or for your trip home that clock in at about 20 minutes. Oh, and be sure to skip the intro on these ones, just to make sure you aren’t in late.

Friends (Seasons 1-10): We couldn’t contain our excitement when this series launched on Netflix recently. You already know most of the episodes off by heart, so at least you can skip the boring ones… yes, that means the ones with too much Phoebe.

It’s Always Sunny in Philadelphia (Seasons 1-13): Another comedy about a group of people who all know one another, but you wouldn’t really call this collective ‘friends’. Some of their antics are downright nasty, and that’s one of the reasons we love them so much.

For the 30-minute commute 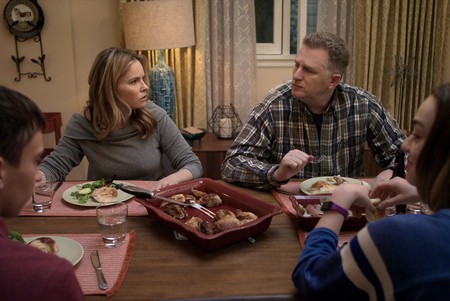 Half an hour still isn’t too bad. A combined time of an hour to go back and forth everyday is manageable. And it also gives you the time to get into something a bit more meaty than the 20-minute-commuters.

Jack Whitehall: Travels with my Father (Season 1): If you’re looking for something to entertain you and scratch that travel itch, then this is the show for you. The odd couple make their way across Southeast Asia in comedic fashion.

Atypical (Season 1): This one isn’t that well known, so you’ll be able to turn up to work and educate your colleagues on one of the best shows around. The story focuses on an autistic boy who is looking for a girlfriend, and his family are also about to learn a lot of life lessons along the way.

For the 45-minute commute 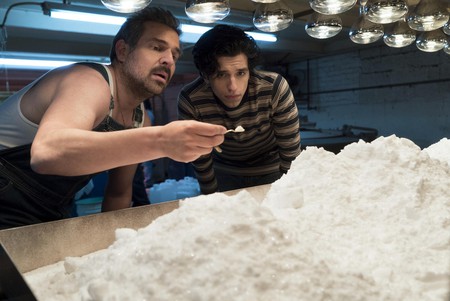 OK, so we’re getting into more serious terrain here. A 45-minute commute is no laughing matter.

Narcos (Seasons 1-3): Delving into the true story of the Columbian drug trade, this thrilling, and occasionally very violent, series has gripped us since first launch. The rotating cast might have put off those who make easy attachments to characters, but try not to let that bother you. This is one series that has gone from strength to strength.

Riverdale (Season 1): If weekly episodic TV is still the sort of fix you need, then Riverdale fits the bill perfectly. At times it feels unsettling, but that’s part of its appeal.

For the hour-long commute 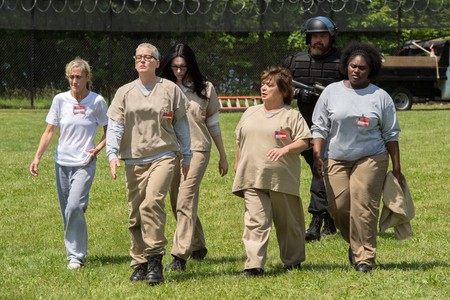 Orange is the New Black | © Netflix

This is the major leagues of commuting. The World Cup of getting from Point A to Point B. We would feel of sorry for you, if it weren’t for the fact that you can fit some quality TV viewing into your journey.

Orange is the New Black (Seasons 1-5): An award-winning series about a privileged woman who finds her life turned upside down when she ends up in prison. Her husband is on the outside but she’s locked up with her ex-lover and has to make alliances to survive her incarceration.

Stranger Things (Seasons 1-2): If we could pinpoint the moment where the current fad for ’80s nostalgia began, then it would be with the launch of the first series of Stranger Things. It has a little bit of everything, and is the ultimate water-cooler-conversation topic.

Black Mirror (Seasons 1-4): It feels a bit odd watching this show on your mobile device, doesn’t it? Nearly every episode serves as a warning against the misuse of technology, and yet there you are watching Charlie Brooker’s twisted nightmares on the small screens he is so wary of.