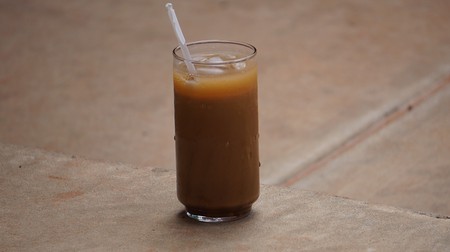 An investigation by the BBC’s programme Watchdog has found some chilling results in the nation’s iced coffees.

Ewww in my brew!

Tonight’s episode of Watchdog, the flagship consumer show from the BBC, alleges that ice used in cold drinks at three high street coffee chains – Starbucks, Costa Coffee and Caffè Nero – contains bacteria from faeces. Now, to be honest, we can’t think of anything much worse bobbing around in a frappuccino or iced chai latte.

Rob Kingsley, a specialist in researching food-borne pathogens, has expressed his concern with the findings. Quoted in The Guardian, he said: ‘Coliforms are an indicator of faecal contamination which means that essentially anything which is in faeces could be in that ice.’ He adds, ‘It is an indicator that somewhere there has been some kind of breakdown in hygiene or the source of the water used for this ice.’

How did it get there?

Microbiologist and senior lecturer at Leeds Beckett University, Margarita Gomez Escalada, who carried out the research for the programme, points the finger of blame at staff not washing hands thoroughly. ‘The levels allowed by law of bacteria in tap water are super low, so we would find say maybe 10 microorganisms per millilitre – we found hundreds per millilitre,’ she added.

No one considers the ice

One of the most cited travel tips, particularly in destinations with poor sanitation, is to only drink bottled or boiled water. However, countries for which this is advised also tend to have hot climates, and while many travellers heed the advice on water, they can sometimes forget about ice. The result is travellers’ diarrhoea.

But back to Britain’s iced coffees, well all the corporations in question have promised a full investigation, and thankfully the weather’s cooled a little over the past few days, so we’re all probably switching back to macchiatos now, anyway.