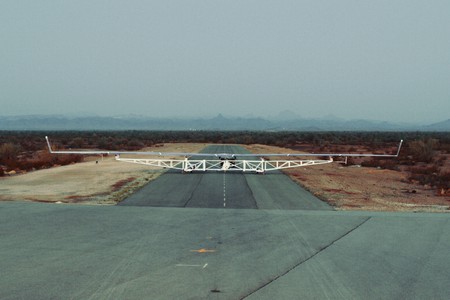 The world’s largest technology companies are racing to provide internet to the sizeable part of the world’s population still not online, but Facebook recently pulled the plug on its plans to beam connectivity to remote areas via giant drones.

There are currently over four billion people in the world without access to the internet, according to the U.N., and several projects have been put forward to solve the issue of delivering connectivity to remote areas in the world. Some places lack the basic infrastructure needed to get people online, and others are so far out in the wilderness, laying cables isn’t an option. Being disconnected to the internet is now seen as a major hindrance to economic advancement, anywhere in the world.

Among those suggestions in recent years has been Facebook’s Aquila. The social media company devised a plan to build drones as large as commercial airplanes which would fly in a fleet at 60,000 feet, communicate with each other by lasers, and beam internet down to people on the ground.

The plan was particularly ambitious as it involved building the drones itself. “To increase our chances of success we took on every part of our aircraft’s design, development, and testing, work that was led by our team in Bridgwater, U.K. Thanks to their efforts, we were able to demonstrate that an aircraft of this design was viable—with two successful full-scale test flights, including a textbook landing on ‘Aquila beach,’ ” Director of Engineering Yael Maguire wrote in a post on Facebook. 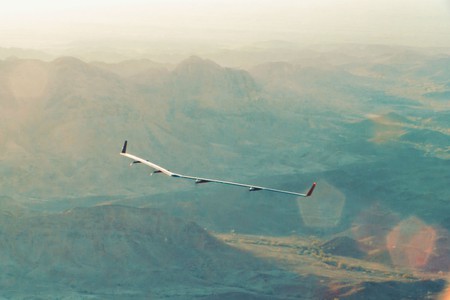 Over the past four years, other companies have made significant progress in this area, and as a result, Facebook has decided to give up on the idea of building drones itself. The company will still work with the likes of Airbus on the connectivity and other technology needed to make a system like this work, and will continue to develop policy ideas for aviation regulators.

The other major tech company attempting to use aircraft to bring internet to the world is Google. The search giant first looked into using drones as well, but is now working on a network of balloons which would sit on the edge of space and give internet access to remote parts of the planet. The project is being worked on by X, the research arm of Google’s parent company Alphabet, and is called Loon. Last year Google successfully delivered internet to flood-hit parts of Peru using the balloons.

The number of people with access to the internet is increasing, but is still very low in some parts of the world. In Europe nearly 80 percent of people are online, according to the U.N. data, but in Africa, that figure is only 21.8 percent.

The internet is something people in the certain countries now take for granted, but as the U.N. now suggests being online is a basic human need, around half of the population is still without. If this is to change, innovations such as Aquila and Loon will have to start working on a large scale.