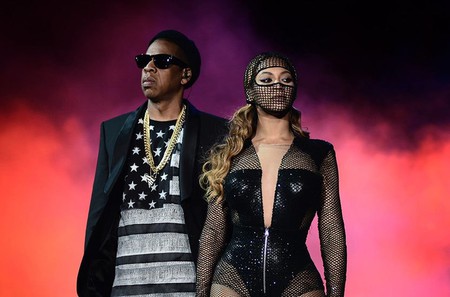 Beyoncé and Jay-Z have announced they will be heading off on a world tour together.

The couple will be playing dates in the UK, Europe and North America during the On the Run II tour kicking off with a gig on June 6 at Cardiff’s Principality Stadium.

You’d think that two musical giants and R’n’B soulmates joining forces would be cause for celebration and much excitement but it appears that music fans had other ideas.

Some were actually even disappointed that it wasn’t just Beyoncé performing on her own.

I honestly don’t wanna see Jay Z during my Beyoncé concert but hey every show needs an intermission.

Beyoncé once instructed ladies to leave their men at home and I just wonder why she won’t take her own advice.

Beyoncé is the girl you make plans with, and then she brings her man on the day. pic.twitter.com/tFtJ8fx21V

Like seriously, what’s wrong with you lot? It’s Beyoncé AND Jay-Z!

Damn twitter really turned OTR2 into “Beyoncé and him downstairs”

They created this gem.

The couple previously hit the road in 2014 together with their On the Run tour.

They will then travel to Europe for 11 dates before heading to north America for 21 shows.

Their final gig will be Vancouver’s BC Place on October 2.

A pre-sale for tickets starts on March 14 and then go on general sale on March 23.

Oct 2 Vancouver, BC BC Place