With plenty of young talent and new voices on the scene, this year’s Edinburgh Fringe Festival already looks set to be as vibrant and inspiring as ever. We caught up with one young theatre company bringing its first play to Fringe this August. 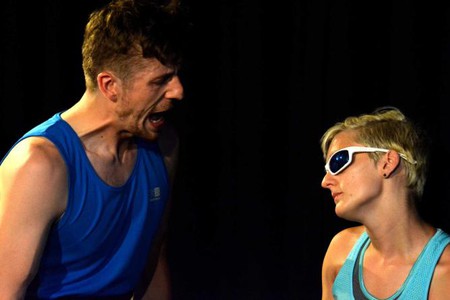 “I wanted to tell a story that hadn’t been heard before. This felt like that story,” says Victoria Russell, producer and founder of The Lost Sock Company, which is bringing its first production, Tether, up to Fringe this summer. Telling the story of Mark who reluctantly becomes a guide for blind marathon runner, Becky, after failing to qualify for a spot in the 2012 Olympic Games, Tether certainly seems like a story not many of us have heard before.

The play’s director, Bethany Pitts, who specialises in new work and who also has a second play, Much Further Out Than You Thought, at Fringe this year, agrees, “When I read Tether it summed up for me why I want to make theatre – to entertain audiences by taking them to places they haven’t been before. It’s an ambitious and bold play that tells a story I haven’t seen on stage. I hope that it will open a new world for its audience.”

Tether stars Lee Drage, a graduate of Guildford School of Acting and whose acting credits include Chariots of Fire, and Maisie Greenwood, who is making her Fringe debut this year and, like her character, is also visually impaired.

“We knew from the beginning that having a visually impaired actress play Becky was going to be hugely important,” explains Victoria. With few agencies representing actors with visual impairments, finding Becky proved to be a challenge. But Victoria and Beth knew as soon as they met Maisie that she was perfect for the part. And when Lee auditioned, the two actors’ chemistry from the outset made it an ideal match. 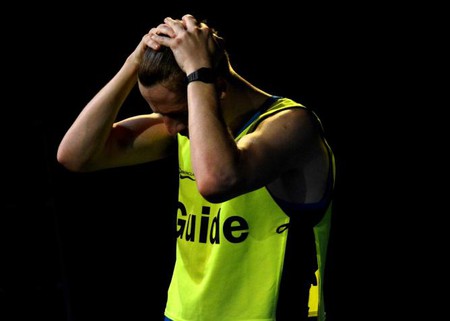 “During rehearsals we did lots of running outside, including blind running,” says Beth. “While Maisie is visually impaired, her character is fully blind, so playing Becky is still an imaginative leap.”

Written by critically acclaimed writer Isley Lynn, who is a graduate of the Royal Court Young Writer’s Programme (2012), Tether explores themes of friendship, ambition, and learning to rely on and trust others through Becky and Mark’s relationship. The relationship between visually impaired or blind runners and their guides fascinated Isley when, like so many, she became completely absorbed by the London Paralympic Games in 2012. “When I decided to write a play about blind running, I couldn’t have been further out of my depth – I’m fully sighted and not sporty at all,” says Isley. “But I was absolutely compelled to tell a story about this fascinating world.”

Beth and Victoria were likewise captivated by the idea of a relationship that relies on such a complex and trusting dynamic when they first read Tether. As Beth says, “Tether opens up your eyes to what so many of us take for granted, and highlights the frustration of really wanting to do something but not having the access or having to rely on someone else to do it.” And it was this idea of access which has led to Isley, Victoria and Beth trying to make Tether as accessible as possible – with audio descriptions of the action being inbuilt into the dialogue, and with sound and music (overseen by Jon McLeod) being integral to the performance. 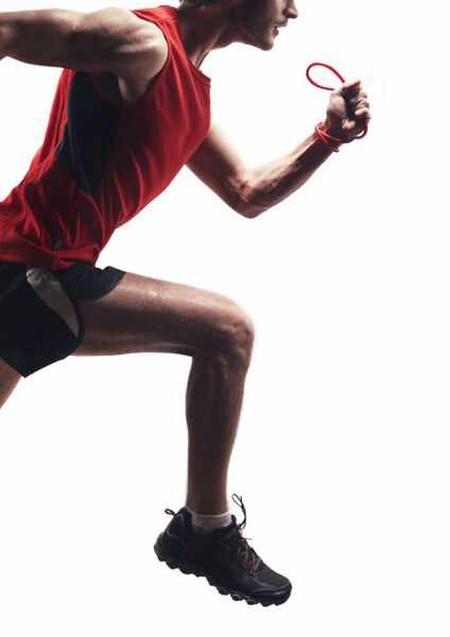 With the Rio Olympics and Paralympics around the corner, Victoria says it was “the right moment to tell this story.”

As Isley says, “It’s an important play about a visually impaired character played by a visually impaired actor, but the story itself is so much more than that. It’s also about friendship and ambition, sacrifice and glory, and whether we’re all really selfish at heart.” 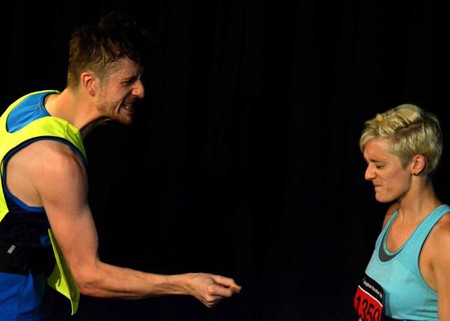 Tether, Preview 2015 l Courtesy of Vic Russell
Give us feedback