Dump Month Film Releases That Are Worth Watching

The first few weeks of any calendar year mean two things in the world of film: high-quality, Oscar-worthy releases and the arrival of movies the studios desperately don’t want you to see. Dump Month is here again! 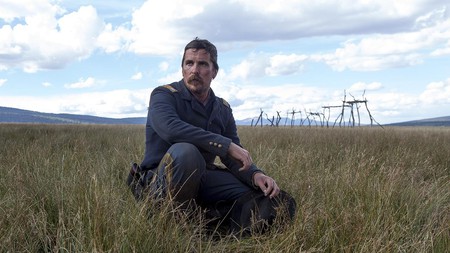 The tactic is simple enough for the distributors: sneak out some of the dross that has been held over from the previous year in among all high-calibre movies aiming for the big awards. The hope is that no one will pay attention to how bad these films are because they will be dwarfed by the coverage given to the ‘better’ films. Luckily, we’re on hand to help you navigate through these choppy waters with our guide to the best releases coming out this month.

The new year gets off to a cracking start with this Jessica Chastain movie about the real-life rise and fall of Hollywood poker queen Molly Bloom. Idris Elba and Kevin Costner also star in Molly’s Game, a directional debut for The Social Network (2010) scribe Aaron Sorkin. (Out now)

All the Money in the World

Ridley Scott took matters into his own hands after revelations surrounding Kevin Spacey’s private life came to light. The Se7en (1995) star was hastily replaced by Christopher Plummer in the role of Jean Paul Getty just weeks before All the Money in the World was scheduled for release. Mark Wahlberg plays a man hired to find Getty’s grandson, who is being held for ransom, but whose billionaire relative is refusing to pay up. Plummer and Michelle Williams have been nominated for Golden Globes for their performances and the reshoots are said to be seamless. (January 5th)

Westerns are in the midst of a mini-revival, but you do wonder if producers are paying attention to the message being portrayed or just seeing dollar signs. Netflix recently released the superb Godless series and we’re due for a second season of Westworld this year too. The trend continues on the big screen with Christian Bale and Rosamund Pike appearing in this brutal take on the genre. As with modern cowboy films, the narrative is firmly focussed on the harshness of the era and not simplistic good-guy-bad-guy shoot-outs. (January 5th)

You might also like: TV By Design: Did ‘Westworld’ Fall Victim To Fan Theory Or Was It Planned All Along?

Three Billboards Outside of Ebbing, Missouri

The big hit at the London Film Festival a few months ago and now leading the race for the Oscars, this intense drama is being praised for several performances and a tight script. Martin McDonagh captures the spirit of his previous hit In Bruges (2008), although, when we spoke to him recently, he told us that this was his best film to date. (January 12th)

Pixar’s early 2018 offering is an enchanting take on Hispanic folklore. A young boy finds himself transported to the Land of the Dead and looks for help from his great-great-grandfather to get back to his world. Coco is the best-reviewed film by the studio since Up (2009) and has allegedly had many critics in tears. We can’t wait! (January 19th)

Liam Neeson should just avoid public transport given his recent troubles. If he’s not battling criminals on transatlantic flights as in Non-stop (2014), then he’s having to tackle a deranged gang intent on causing havoc on his regular train home from work in his latest film. The Commuter offers up an exciting alternative to some of the more serious efforts around at this time of year. (January 19th)

Steven Spielberg is set for a busy 2018. In March, we’ll get the Saving Private Ryan (1998) director’s adaptation of popular novel Ready Player One but first we have this political thriller starring Meryl Streep and Tom Hanks. Although its set in the ’70s, the film has been praised for the parallels it draws between the Nixon and Trump administrations. (January 19th)

Matt Damon has recently been in the news for all the wrong reasons. His statements surrounding the ongoing Hollywood scandals haven’t been exactly ‘enlightened’, but will that effect his new film? Downsizing is the latest movie from Sideways (2004) director Alexander Payne and the trailer certainly has us intrigued. Would you take up the option of being physically downsized to get a better quality of life? (January 24th)

Chris Hemsworth leads a group of American soldiers into Afghanistan in the aftermath of the September 11 attacks on New York. The film is based on the non-fiction Horse Soldiers novel and sees Hemsworth joined by an all-star cast including Michael Shannon, Michael Peña and Moonlight’s Trevante Rhodes. (January 26th)

We’ve got high hopes for this Aardman Animation movie from Nick Park. All the characters look familiar and are in keeping with the stop-motion stylings of the studio. Eddie Redmayne (Fantastic Beasts and Where to Find Them (2016)), Tom Hiddleston (Thor: Ragnarok (2017)) and Maisie Williams (Game of Thrones) lend their vocal talents to the film and we’re hoping for some amusing antics along the lines of Wallace and Gromit. (January 26th)

The final book in the Maze Runner trilogy, The Death Cure has been finally scheduled for release after almost a year from its original launch date. The delay was to allow star Dylan O’Brien time to recover from injuries he suffered on set while filming a stunt. The rest of the cast are back too and we’re not ashamed to admit that this series is one of the best in the tween market. (January 26th)