The Ancient Greeks weren’t the only ones to herald some of history’s greatest philosophical minds. From religion, economics, liberalism and women’s rights, Britain has produced some of history’s most important thinkers which have gone on to inspire generational change. Here, we take a look at seven hugely influential British philosophers and the impact their work made in Britain and throughout the world. 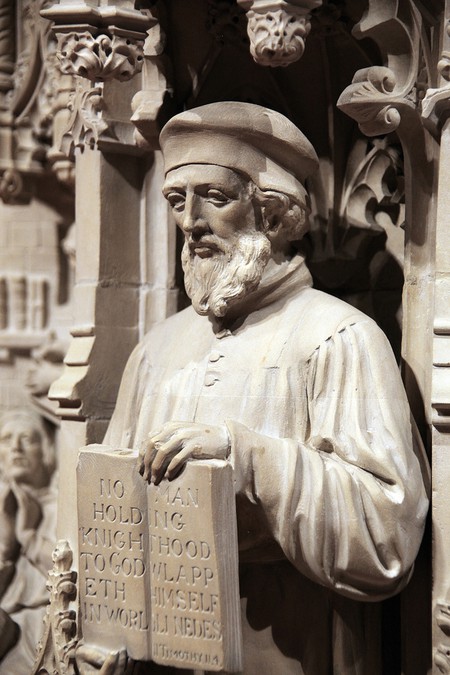 John Wycliffe was born in the mid-1320s, in an England influenced by the teachings of Thomas Bradwardine (then Archbishop of Cantebury) and the aftermath of the Black Death. He graduated with an arts degree from Merton College, Oxford in 1356, and in the same year he released The Last Age Of The Church, largely in response to the plague. Many believed fatalities were God’s wrath against sinners, however, Wycliffe saw them as an indication of unworthy worshippers as numerous deaths were from within the clergy. In 1361 he became master of Balliol College and soon obtained a degree in theology. Later he accepted various roles within the church, including head of Canterbury Hall in 1365. He used his position to speak against what he considered corruption and heresy of the Catholic Church, regularly criticising the pope and proposing ministers should exercise a more humble work ethic than that of extravagance. In 1382, Wycliffe completed the first Latin to English translation of the Bible, so the poor – with many unable to read Latin – could interpret teachings for themselves. Wycliffe died in 1384. In 1415, Pope Martin V and the Council of Constance declared Wycliffe a heretic. His body was dug up and burned, and his writings were banned. It was not for another 150 years that the English Bible became legal again. 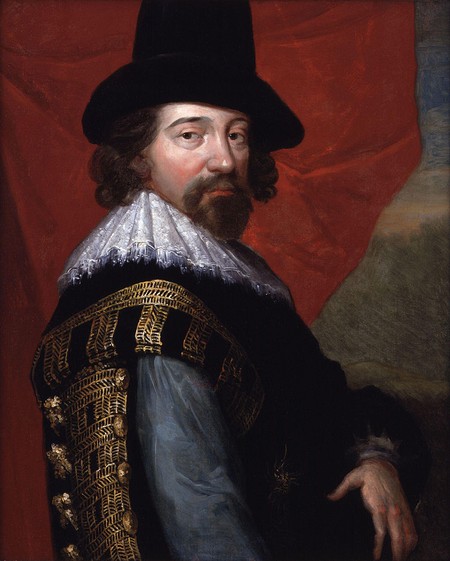 Born in London in 1561, Sir Francis Bacon entered Trinity College, Cambridge, at just 12 years of age and graduated in 1575, when he enrolled in a law program at the Honourable Society of Gray’s Inn. He became a barrister and in his career he was knighted, became Lord Keeper of the Great Seal, Lord Chancellor and, in 1621, Viscount St. Alban. That year he was accused of accepting bribes that ended his political career, leading him to focus on his lifelong passion, the philosophy of science. Bacon long yearned to change the approach towards natural philosophy. He wanted emphasis placed on experimentation and interaction, a method that gathered data, analysed and experimented to observe nature’s truths, to improve science for the betterment of humankind. In 1620, he published the first book of Novum Organum Scientiarum (New Method in Latin) establishing himself as a reputable philosopher of science. Following his death, his theories encouraged a change in the nature of 17th-century European science. British scientists followed through on the concept of Bacon’s cooperative research institution and pushed for an organised approach to acquiring knowledge with a humanitarian goal in mind, laying the foundations for a new era of scientific culture and humanist thinking. 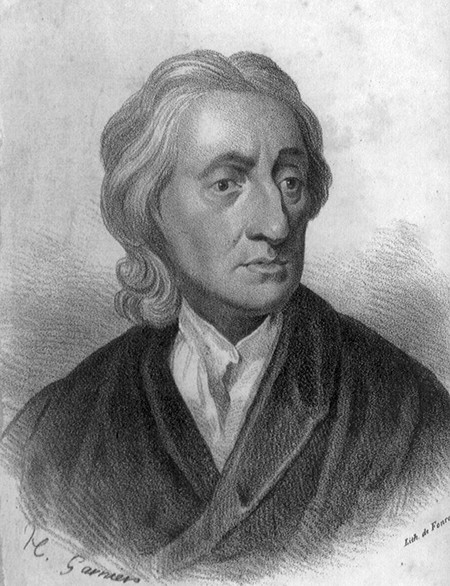 John Locke was born in 1632 in Somerset, England, and studied at Christ Church, Oxford, graduating with a bachelors degree in 1656, a masters in 1658 and a bachelor of medicine in 1674. In 1666, Locke met with Lord Ashley, who later became 1st Earl of Shaftsbury. Locke became Shaftesbury’s personal physician and assisted him on business and political matters. Shaftesbury was also a founder of the Whigs, a liberalist party that pushed for constitutional monarchism, influencing Locke’s views on rule and government. During the Rye House Plot (an attempted assassination of King Charles II), Locke was in direct suspicion and fled to Holland. Here he composed An Essay Concerning Human Understanding, a theory known as empiricism, emphasising man had no innate ideas but learned through reason alone. In 1689 after he returned to England, the essay was published along with Two Treatises of Government where his views on the natural right of man and social contract were expressed, insisting God gave individual’s power, and not the monarchy. His arrival came in the aftermath of the Whig’s overwhelming rise to power, shifting authority from the throne to parliament and Locke was widely praised. He died in 1704, and in the years following his views on liberty and religious freedom not only influenced European thinkers but shaped that of America’s founders including Alexander Hamilton and Thomas Jefferson. 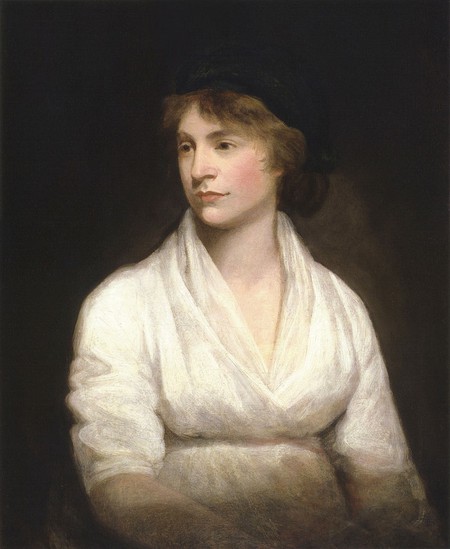 Mary Wollstonecraft was born in 1759, London. After her mother died in 1780, she left home to escape her abusive father. With her sister Eliza and their friend Fanny, she established a school in Newington Green. From experience she wrote the pamphlet Thoughts on the Education of Daughters, regarding the discrimination poorer women faced in receiving an education. Later, Wollstonecraft became a translator and adviser to liberal publisher Joseph Johnson. In 1792 she published, A Vindication of the Rights of Women, where she fiercely objected to the notion that women should be helpless household adornments, insisting a need for educational reform and equal opportunities. She also wrote Maria, or the Wrongs of Women which talked of women’s attitudes towards openly expressing sexual desires, which caused outrage and ridicule. In 1792 she met Captain Gilbert Imlay and they named their daughter Fanny. Wollstonecraft’s following works included a critique on the French Revolution and letters written during travels in Sweden, Norway and Denmark. In 1790, Imlay left Wollstonecraft and in 1797 she gave birth to her second daughter Mary Shelley, with William Godwin. Wollstonecraft died 10 days later from childbirth complications. In 1798, her widower released Memoirs of the author of a Vindication of the Rights of Women, which had a scandalous impact on her posthumous reputation. It was not until the 1900s that a renewed interest and respect came for Wollstonecraft’s work. Now she is regarded as a tour de force in first-wave feminism, leaving a legacy that inspired many others to fight for women’s rights. 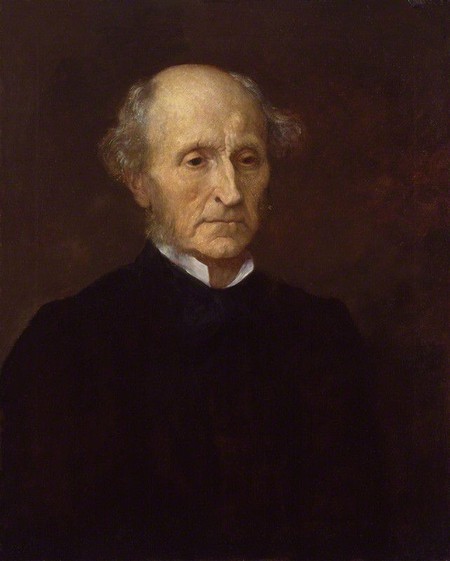 John Stuart Mill was born in 1806, and received an extensive education. In his adolescence he formed many intellectual societies and contributed to periodicals. In 1826, he suffered a major mental breakdown and began questioning all beliefs he once embraced. Believing his emotions were stunted by his father’s demanding analytical training, he sought a philosophy to overcome these limitations. He realised fighting negativity with negativity was futile and instead opted to learn from bad experiences constructively. In 1859, On Liberty, Mills was published – a landmark work supporting individual’s moral and economic freedom from government and society. Mill asserts individual’s opinions and behaviours should enjoy free rein, and only when beliefs harmed others, that behaviour should be constrained. The essay demonstrated a passionate defence of nonconformity, diversity and individuality. In 1861, Utilitarianism began appearing in Fraser’s Magazine. He emphasised society should focus more on acts that minimized pain and boosted happiness. Mill also wrote for women’s rights, as seen in the essay The Subjection of Women. Mills belief that the majority could deny the liberty minorities wished to seek drove his interest in social reform. Now he is regarded as one of the most influential philosophers of the 19th century in regard to social and political theory. 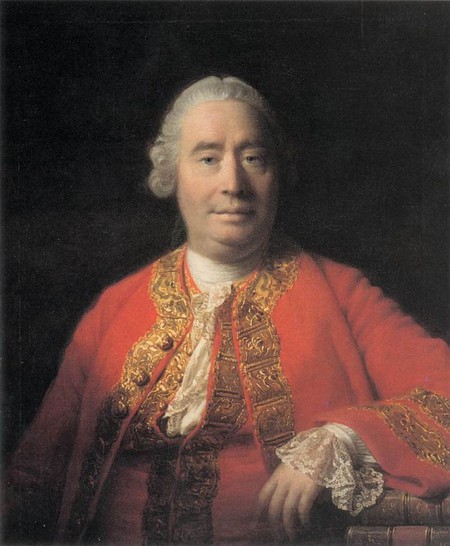 David Hume was born in Edinburgh, 1711, and at the young age of 12 he attended the University of Edinburgh. After his studies he reclusively devoted 10 years of his life to reading and writing. At 25 – with little money – he travelled to France, where he worked for four years on A Treatise of Human Nature on man’s response to understanding, passion and morals. Later, he wrote The History of England, taking 15 years and over a million words in length. Critics were outraged, yet the book was extremely popular amongst the public which gave him the financial dependency he so longed for. This was followed by Philosophical Essays Concerning Human Understanding, which were considered to be anti-religion and Hume, a suspected atheist, was denied a position at Edinburgh University. In later years he became secretary to the British Embassy in Paris with a series of promotions that followed, including chargé d’affaires. Despite the reception met by his contemporaries, after Hume’s death in 1776, his writings influenced generations of philosophers. His works are admired for their honest account of how human mentality and social behaviour operates. 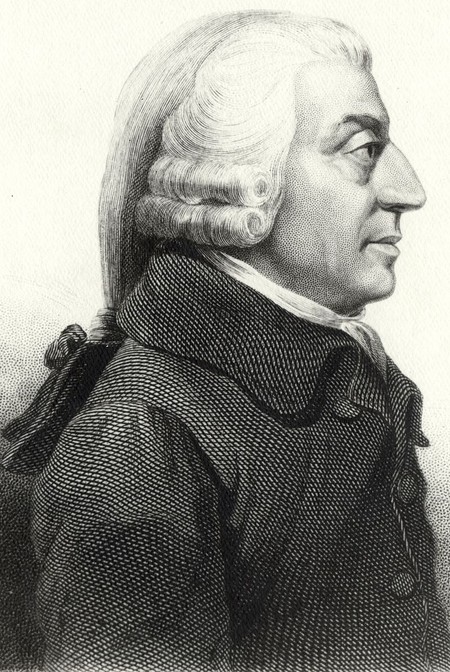 Adam Smith is believed to have been born in 1723 in Kirkcaldy, Scotland. He enrolled at the University of Glasgow to study moral philosophy at the age of 14, under the guide of Francis Hutcheson. Here, he developed a passion for liberty, reason and free speech. In 1740 Smith won a scholarship for postgraduate studies at Oxford, however, he found Oxford to be intellectually stifling and suffered a nervous breakdown, which lead him to drop out. In 1758, Smith began giving public lectures at the University of Edinburgh. Later he earned himself a professorship at Glasgow University, and in 1759, published The Theory of Moral Sentiments, a book which put emphasis on how human morality depends on sympathy between an individual and other members of society. In 1776, Smith published An Inquiry into the Nature and Causes of the Wealth of Nations. During that time, most believed a country’s wealth should be judged by their stores of precious gold and silver, however, he proposed wealth of a nation should be judged by its production and commerce, today known as domestic product (GDP). The book is considered one of the most influential and revolutionary philosophical pieces ever written, and a fundamental work in classical economics.